Karlie Kloss Net Worth 2018- How Much is She Worth?

Six foot one, 24 year old supermodel Karlie Kloss stands out in more ways than one. Her unique beauty, bubbly energetic personality, and signature runway walk have made her one of the most iconic models of the modern fashion world. Her ventures in entrepreneurship, programming, and charity have also demonstrated the model is determined to to be more than just a pretty face.

Although the average fashion model makes over six figures annually, their careers are often short. Fashion models are typically hired in their teens and their appearances must meet specific criteria in order for them to be signed. Of course, sometimes there are models like Karlie Kloss whose youthful looks and grace on the catwalk give them long lasting careers in the industry.

Karlie Kloss’s unique appearance and her role as the “face” of the world’s most elite fashion brands have largely contributed to her being one of the richest models on the planet. Additionally, her social media pages and sponsorships bring in millions each year. She is also a fashion designer, entrepreneur, vlogger and programmer.

How did Karlie Kloss get Rich? 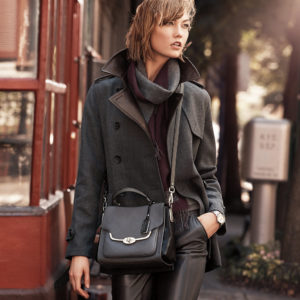 When she was a little girl, Karlie Kloss took classical ballerina lessons. She has stated numerous times throughout various interviews that the training was greatly beneficial to her modeling career. Her gracefulness helped her to stand out from other models, and was one of reasons she stood out to modeling scouts at a local benefit runway show.

In 2006 at only 14 years old, Kloss posed for the front cover of Scene magazine. The magazine cover caught the attention of management company Elite Models, who flew her to New York City to sign a contract with them. She spent roughly two years with Elite management, and modeled for popular brands such as Abercrombie Kids.

In 2008, Karlie Kloss signed with NEXT Model Management. She walked 31 runways during Fashion Weeks in New York, 20 in Paris, and 13 in Milan. During the 64 show season, Kloss represented brands such as Marc Jacobs, Carolina Herrera, and Prada.

Kloss put in many hours on the runway before she made an international breakthrough. In 2011, she signed with legendary luxury fashion house Christian Dior for her third season in a row. The success with such an influential brand made Kloss a household name. Kloss later made her debut in the Victoria’s Secret Fashion Show that same year.

In 2012, Karlie Kloss was featured on the covers of British Vogue, Vogue Japan, Número, and Harper’s Bazaar Russia. Kloss campaigned for famous brands including Jean Paul Gaultier, Juicy Couture, Elie Saab, and Stefanel. She also participated in the Victoria’s Secret Fashion Show for a second time.

Karlie Kloss was the face of Lanvin, Lacoste, and Donna Karan in 2013. she was named the ambassador of the year for Coach purses. She also appeared alongside other models in Louis Vuitton’s Alma bag campaign. She collaborated with Victoria’s Secret again, appearing in and helping to create Victoria’s Secret swimwear video.

Karlie Kloss got her start in fashion design in 2014. She designed the Forever Karlie jeans collection with Frame denim, and collaborated with Warby Parker to create the Karlie Kloss x Warby Parker eyewear line. Kloss was the face of L’Oréal, Nike, Donna Karan, Jean Paul Gaultier, and the Coco Chanel Noir Fragrance.

In subsequent years, Kloss continued to model with major brands, including doing a cover shoot for Vogue with Taylor Swift. She signed with Swarovski in 2016, and will be the face of their brand for the next two years. She created a Youtube channel called Klossy in 2015, where she releases weekly Q&As as well as occasional vlogs. She also created a website dedicated to helping young girls learn how to code called Kode with Karlie. 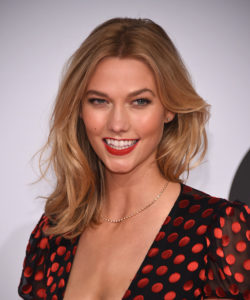 Karlie Kloss was born in Chicago, but has spent most of her home life in New York City ever since her career began. She has three sisters. Kloss is very close to her parents and siblings and spends time with them whenever she can.

Since 2012, Karlie Kloss has been dating businessman Joshua Kushner. They are rarely pictured together and have expressed a desire to keep their relationship private. Joshua is the younger brother of Jared Kushner, who is married to Ivanka Trump. The two brothers are both worth over 200 million.

Kloss is best friends with model and musician Taylor Swift. They are often photographed hanging out in New York City, where Kloss lives in a cozy 2 million dollar Manhattan apartment. She drives Mercedes automobiles.