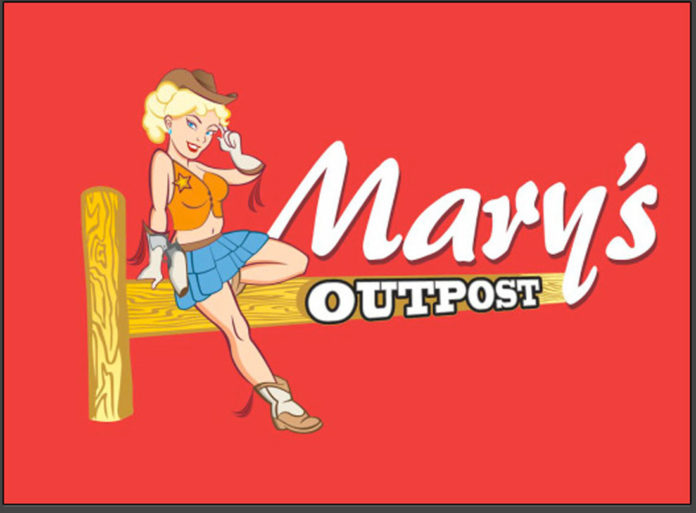 In 2009, Bill Klingbeil teamed up with his long-time friend Joe to buy Mary’s Outpost. He thought that he wanted to own a bar and pay for his daughter’s college. At first, Bill’s outgoing personality drew customers to the bar and they were making $4,000 a month without trying. Bartender Mary Brown was instantly smitten with Bill, who says that she is the hardest working person in the bar. In 2012, the two married and she took over as the bar’s general manager. But the honeymoon did not last long, and after the wedding, it was more like Bill had Mary under his control. Bill has been accused of hitting on all the women, and Mary grew uncomfortable with Bill’s antics. Cocktail waitress Kimmy became his new partner-in-crime, who Bill says is “his pet.” Any time she doesn’t want to do something that Mary asks her to do, she goes to Bill to complain about it. In the “private after-hours activity,” rumors of the back office mischief drove people off, and the lack of people drove people away. Now, Mary cannot hire or fire employees, but the bottom line is that Bill makes all the decision. Now, the two of them are $250,000 from closing, and Mary’s Outpost is two months off from closing.

Grand Prarie, Texas, sits 20 miles west of Dallas. 50% of Grand Prarie’s 181,000 residents are married, so Mary’s seedy reputation does not appeal to local couples looking for a local hangout. Jon Taffer pulls up to the front of Mary’s Outpost with his two experts. The outside of the building looks sketchy and bland, and Culinary Expert Tiffany Derry, spokesperson for the Culinary Arts Institute agrees with him. The front door says “NOTICE: Not an entrance,” which Jon says that you must enter through the side door. The interesting factoid of 50% of all people being married drives people away due to the outside of the bar, and Mixology Expert, Lisamarie Joyce (Two time TGI Fridays Bartender Championship winner) says that if her husband brought her here, she would slap her husband.

Jon pulls up the surveillance cameras, and inside the bar, Bill is sitting at the bar having a drink. Bill has made it very clear that if the bar closes, he does not know how he will send his daughter to college. Lisamarie points out that his shirt says “I have the dick, I make the rules.” If a customer walked in wearing that shirt, Jon would not be happy because of how offensive it is. With $250,000 in debt, that is Bill’s choice of attire. Bill’s wife, Mary, is running the bar, and Bill asks for a whiskey shot. Bill walks up to two women and gives them free drinks – one because she is military, and the other because “she is a doll.” Mary is outside smoking a cigarette while Bill cheers with them. The other partner, Joe, walks up – Bill asks why Joe didn’t buy them a drink, and Joe explains that his “give-a-f**k light is not on.” Bill then offers them a tab of 6 months of free drinks. 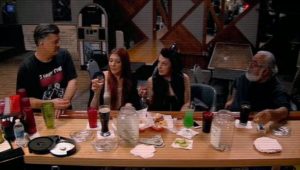 Jon wonders if Bill is here to send his daughter to college or get laid, and Lisamarie says that he is here to get laid. Kimmy, Bill’s “toy/pet/creepy whatever,” is sitting at the bar with her feet up on the bar. Elena, a volunteer and probably the hardest working person in the building, is breaking down boxes in the back of the building. Jon sends Lisamarie in with her friend, and instructs her to act in a certain way. Essentially, Lisamarie is to enable Bill’s poor behavior by accepting drinks and encouraging him to hit on her. Lisamarie and her friend enter the 3,200 square foot space with one speedwell, six beers on tap, and an industrial closet used as a makeshift kitchen. Tiffany and Jon watch from the car, and Bill immediately notices the two attractive women enter the bar. The beer is warm and disgusting. Bartender Bruce is asked for his name by the two women, and by his own admission, his name is “complete a**hole.” He has been a bartender for 19 years. Lisamarie and her friend ask for menus, and the bartender explains that they do not have certain things – actually, more than half the menu has been 86’d, or removed from serving.

Jon bets Tiffany that Bill will hit on them before the food comes out. The kitchen is a tiny, cramped space. The burgers are all set up in bags and cooked in a microwave, which disgusts Tiffany. Mary is uncomfortable while Bill brings the young girls to the back office, where Kimmy says that there is no point for her being here if Mary is still here. Bill finally notices Lisamarie and her friend and walks up, offering a shot. He calls to his bartender, and wife, to bring over shots. The other owner, Joe, also comes up and takes a shot. Failing bar owners think that when they drink with their customers, it causes customers to come back, Jon explains. This does not work and is totally irresponsible. The food finally comes, and Lisamarie cannot hide her repulsion. She spits out the burger into the napkin. Kimmy asks if Bill has brought the two women back to the office yet; Lisamarie asks what happens in the office and Bill explains that there is a “grown-up tour” and a “kiddy tour.”

The two girls are taken into the back office, right in full view of Mary, who asks another bartender to shoot her in the head. Bill asks Lisamarie if she wants to sit in her friend’s lap, then explains that this is the classic “business office.” At some time in the office, women in the back of the office usually take their tops off. Bill is asking for a sexual harassment lawsuit or for the bar to be closed. Bill calls for Kimmy to come to the back office and she explains that “things that happen in the back office are different with everybody.” Bill demands that the two of them take their tops off, “god dammit,” (his words) and Jon is repulsed and finally storms into the bar.

Jon tears into Bill in the office and says that Bill is the biggest sleaze bucket he has ever met. Lisamarie explains the situation and Jon points out that there are cameras that he can watch the entire thing on, and both Lisamarie and her friend can only laugh while Bill tries to defend his actions. Jon throws his drink in Bill’s face and explains, “that’s what whores get.” Jon is torn if he wants to actually rescue the bar.

Mary’s Outpost Now in 2018- The After Bar Rescue Update

This episode actually reveals a critical component of reality television, which is that views and discussion are more important than the actual reality of the program. Most of this episode’s actions were done solely for creating interesting television, according to owners Bill and Joe. Still, with that out of the way, Mary’s Outpost has been renamed to Thirsty’s Roadside Bar (but was eventually changed back to Mary’s Outpost) and is still open to this day. All of the reviews for Thirsty’s/Mary’s Outpost have been positive and claim that the service, beer, and food are all great. On Yelp, Mary’s Outpost boasts an impressive 4.2 star review across 39 different ratings, and on Facebook, a solid 4.5 star review with more than 70 different ratings. However, per the Texas Mixed Beverage Gross Receipts (a state department), Mary’s Outpost’s business has dropped off by more than 50% following the Bar Rescue episode, which raises a lot of questions.