Top Five Best Games like Truth or Dare in 2018 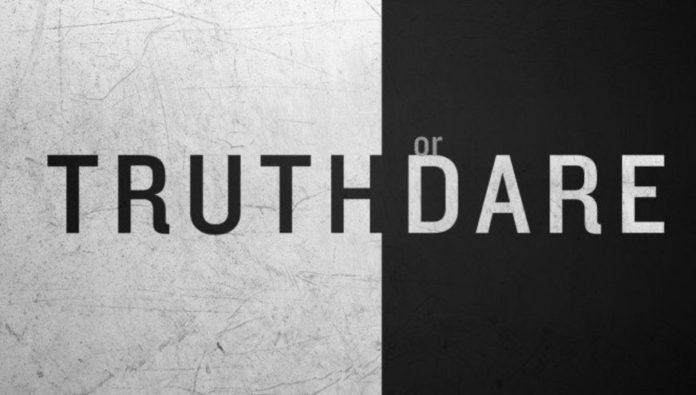 Truth or Dare is probably one of the most popular party games out there. Its premise is really simple, and you don’t really need anything to play it other than people. Truth or Dare is a game that really lets people get to know one another, and it’s popular as an icebreaker. Are there any board games that are similar to Truth or Dare? In this article, I’m going to be talking about five party games that are similar to Truth or Dare, in that they’re simple, they can be played with large groups, and they help you to become closer with the people you are playing with. Without further ado, let’s take a closer look at some of these social party games. 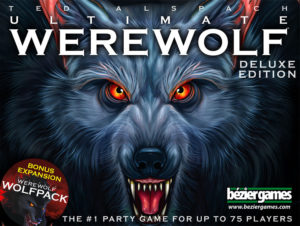 The first game that I felt the need to talk about is Ultimate Werewolf. Werewolf is a game that has existed for decades, and it exists as an adaptation of an even older party game called Mafia. In each of these games, the idea is pretty simple. A room of people is split into two factions. The evil faction is looking to pick off members of the innocent faction, and they anonymously select an innocent to “kill” each night. During the following day, the innocent faction tries to figure out who the bad guys are, and they have the ability to take a vote in order to kill a player. Basically, it’s a social game about deception, and it’s a ton of fun to play with a very large group. Ultimate Werewolf in particular can be played with up to 75 players.

It’s also worth noting that Ultimate Werewolf is a more strategic game than you might think. Each player is given a role card, and each role card gives a person a different ability within the game. For example, if you’re given the Seer card, then each night you’re able to learn the role of any other one player. I definitely think that Ultimate Werewolf and its derivatives are some of the more inventive and outright fun party games out there, but I admit that it’s lacking a little bit of that social factor that you see in a game like Truth or Dare. Although you do learn a lot about someone by seeing how they lie, this is still a very different kind of socialization. Fun, but maybe not the best if you’re looking to learn facts about your friends. 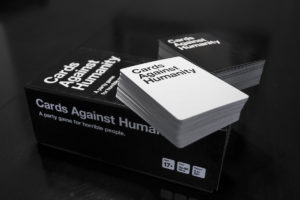 The next game on this list of the best games like Truth or Dare is Cards Against Humanity, which is already a very popular game at parties. If you’ve never played this game, allow me to briefly explain the rules. One player, the Card Czar, selects a black card at random. This black card consists of a phrase containing blanks, and it is up to the other players to fill those blanks with phrases that are contained on their white cards. The Card Czar takes the white cards, shuffles them, and chooses which white card fills the blanks in the funniest way. Whoever played that white card is awarded a point.

Cards Against Humanity isn’t all that competitive since, like Truth or Dare, there’s no real way to win or lose. Obviously, you can set house rules and determine how many points someone needs to reach in order to win. However, in most cases, you’re just playing this game in order to have fun. Cards Against Humanity is a more unique game because its prompts conversation between you and the other players. Not only are you learning more about the senses of humor between you and your friends, but the off-the-wall responses that can be created can spark all different kinds of unique conversation. It’s the perfect party game, and it is massively popular for a reason. 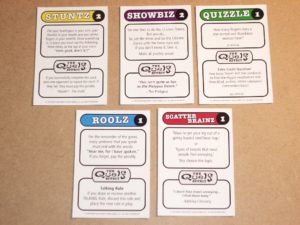 I think that one core gameplay component may be missing from the other two games on this list. Learning about your friends is definitely a large part of Truth or Dare, but another large part of Truth or Dare is getting your friends to do stupid things. Quelf is a game that is specifically designed with that idea in mind. In this game, players draw from cards that come from five different categories: Showbiz, Quizzle, Roolz, Scatter Brainz, and Stuntz. Scatter Brainz and Quizzle are a bit more tame, but the other three categories have your friends doing all kinds of silly things, like dancing, jumping around, and generally making a fool out of yourself.

With that said, I really like Quelf because it sort of serves to sanitize the typical Truth or Dare experience. More shy partygoers may be more inclined to play Quelf than Truth or Dare, since they know that this game (which is appropriate for most people over the age of twelve) won’t have them do anything too out of their comfort zone. It’s good, clean fun, which I think that Truth or Dare isn’t always. However, I decided not to rank this game too highly on this list of the best games like Quelf due to its relatively low replay value. Once you’ve gone through all of the cards, unless you’re okay with making your own, you’ve done all that there is to do with this game. 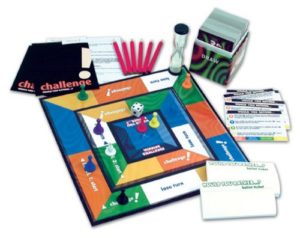 Like Truth or Dare, Would You Rather is a game that has stood the test of time. Much like Truth or Dare, it doesn’t even really require any pieces or parts. As you may be able to infer from its name, Would You Rather is a game about comparison. A person is presented two scenarios, and they have to choose which scenario they would rather live with. Would you rather have finger length legs, or leg length fingers? These are the sorts of ridiculous questions that people ask in a game of Would You Rather, and the justifications that people give for their choices are often more entertaining than the questions themselves.

Much like Truth or Dare, Would You Rather isn’t typically a game with any defined end. It’s not something that you can win. However, there are a few different board game models out there that helps to make this icebreaker a bit more structured. The games usually include a deck or two of cards, which contain the questions. Players spin a wheel or navigate around a board, which determines which category of card they choose from. Once the card is chosen, the player will give their preference given a scenario. (Sometimes, a timer is used to make sure that the entire game isn’t derailed during a single question.) Even if you don’t want to purchase a board game, you can and should still incorporate Would You Rather into your next party. 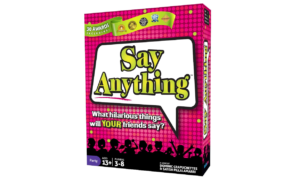 If you ask someone what their favorite party game is, a lot of people will answer Cards Against Humanity. I’ve already talked at a length about the popularity of that game, but I do think that Cards Against Humanity isn’t the best game for getting to know your friends. Say Anything is a game that combines the silliness of games like Cards Against Humanity and Would You Rather while also incorporating a whole other social aspect. In Say Anything, a question is chosen. These questions are typically more personal in nature, but nothing too serious. Think of questions like, “If you could take any three things with you to a deserted island, what would you take?” These are questions that help you learn more about your friends, and they let you have fun while doing it.

Once the question is chosen, every player writes their answer. This gives the game a certain personal touch — it’s different with every new group that you play with. Once everyone has their answers, they’re presented to someone anonymously, and that person chooses their favorite answer. It’s a format that is very similar to the format of Cards Against Humanity, but it’s much more person-based than joke-based. People definitely will be cracking jokes in their responses, but there’s still a kernel of truth to each one. You’re not just trying to be funny for the sake of being funny. Say Anything isn’t a game that anyone can really win, much like Truth or Dare, which makes it perfect for parties. It can go on and on, and the fun can theoretically never end.