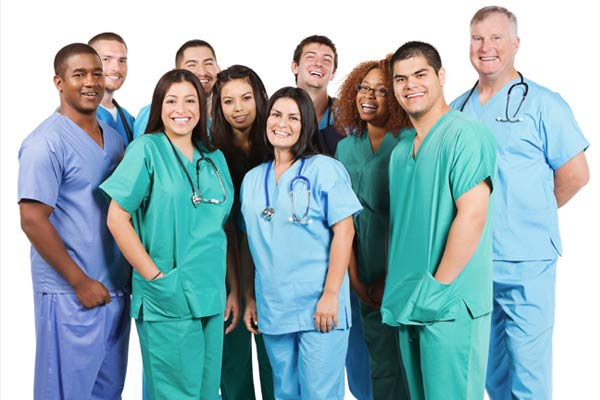 For many people, the mix of being able to help others, get paid pretty well for it, and not have to spend their entire lives in school is perfect, and thus Nursing is one of the biggest growing fields in the United States. If you happen to be considering becoming a nurse, or considering specialization and are already on your way to being a nurse, you may be curious about what specialties are the most well earning, and what they entail. Here, we’ll take a look at 15 specialties by pay, and take a look at some of the tasks included on the duties list for each. Salaries are estimated based on national averages and experience.

Starting off our list is the Public Health and Policy nursing specialty, which more orients towards helping those in public health positions develop policies and guide facility decisions. Often a bit removed from patient care, this nursing practice is a bit more on the legal side, and thus it may be considered for those who can’t (or simply don’t want to handle) potential blood or other fluids. To advance in this career, a follow up degree in Law or Public Health may prove a significant boost to the stated salary above. Educating others is a major facet to this career, and thus those who have a tendency to be well versed in practices and can relate this data to others may be best suited for this specialty. 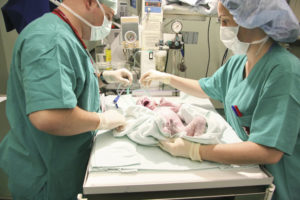 For many nurses, the idea of neonatal care either brings them a great deal of joy, or fright. On one hand, you get to deal with some of the cutest patients around. On the other, while they are there, they are often fighting for their little lives, and not all of them will win. Neonatal nurses are under quite a bit of pressure to perform, and are often encouraged to seek additional certifications in intensive care or as a neonatal clinical nurse specialist, which both allow for significant payment boosts. Luckily, trends in technology and overall health have allowed for better outcomes for neonatal patients year over year for quite some time, meaning that while a stressful job by any standards, your rate of success as a neonatal nurse can likely be very high indeed, and you get to help make sure that the newest member of a family can stick around for quite some time.

By far the most common of nurse specialties, Medical Surgical nurses often are not specialized, per se, but use this as a jumping point to areas of interest. Advancements within this speciality are possible, and depending on experience, downright common with many nurses finding ample employment in both clinical and hospital settings. Though titled med-surg, most nurses can also work in almost any department listed alongside more specialized or experienced nursing staff, giving nurses in this group a great deal of versatility and being able to be “floated” to different departments due to shortages. Most Med-Surg nurses are at least RNs, though some LPNs in some states are allowed to also fulfil the roles.

For the adrenaline junkies out there, Critical Care Nursing may be the best option. With high pay, high stress and high acuities, Critical Care Nursing typically handles ICU and Step-Down ICU duties, which means more shifts than not, you are directly saving lives. Quick hands and minds are needed for this sort of work, and admittedly, burn out from this department is higher than most. But for those who can handle the stress, Critical Care Nursing allows for experiences that most people would not imagine, and a way to impact lives much more directly as well. Similar to the Med-Surg nurses, no real specialization is required, though a Critical Care RN certification may help you get the highest pay grade.

Usually reserved for the more experienced nursing groups, the job of Nurse Edcuator can pay quite well, and keep you off the hospital floor. Educators, typically having at least a Masters Degree and plenty of in the field experience (though some can have a Ph.D., making them Doctors in Nursing, as confusing as that is), and as a result, can expect decent pay. As an added bonus, you can be assured that not only have you already helped plenty of patients, by educating others in your craft you can help bring in the newer generations of nurses and have a hand in patient care for decades to come. 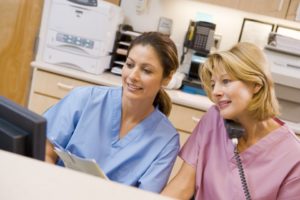 If you’re more interested in the day to day operations and business behind health, then becoming a Nursing Administrator may be your best bet. Usually requiring a Master’s degree in Healthcare Admin, though a good deal of nursing experience may help you both in getting the job and respect from the rest of the team, this job mostly deals with Human Resources, Budgeting and management of staff in general. Nursing Admins usually work alongside both nursing staff as well as hospital or clinical management to make decisions that can affect the entire site, and thus carry a significant amount of responsibility.

Usually requiring an MSN (Masters of Science in Nursing) a clinical nurse specialist is a bit of a catch-all term for those who wish to work for specific wings, clinics or against certain illnesses. For many hospitals and clinics, these individuals are seen as cheaper alternatives to doctors and are thus usually pretty highly desired, though prescription and admission privileges vary wildly by state, and may require sign off by a physician regardless. Those who do pick to be a CNS can expect a decent amount of autonomy, and freedoms most other nurses simply won’t have. By that same coin though, you may have to deal with situations that otherwise would be relegated to a more specialized medical team.

Usually working closely with Public Health or Policy teams, an informatics nurse works between raw data and patient care. This highly technical job usually requires a good grasp on the newest tech available, an understanding of trends, and being comfortable both in a patient care and non-patient care position. This position will allow nurses to inform Public Health officials and policy makers of real data that can greatly influence protocols and practices, making each task affect thousands of people. With the increased focus on health policy in the United States, Informatics nurses are almost a sure bet in terms of being an open field. 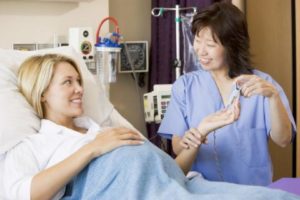 Coming in as 6th for nurse specialty earnings, a Certified Nurse Midwife is a great career choice if you have an interest in obstetrics, labor and delivery and have a want of a high 5 figure income. Usually able to work more or less on their own, or if desired in a hospital, being a Midwife allows for plenty of flexibility, especially given trends in birthing over the past few years. If you want to help bring new life into the world and make sure that such actions are done safely, this may be the specialization in nursing for you.

With one of the largest and growing patient demographics in the United States, it’s no surprise that Psychiatric Nurse Practitioner would make it so high on the list. Often dealing with patients with anything from anxiety to developmental disorders and more extreme disturbances, Psychiatric nursing can be one of the most stressful jobs on the market. However, with the successes that can be had, it can also be among the most rewarding. PNP’s require at least a Masters in Nursing and a formal specialization, and often work with psychiatrists and psychologists to aid in the treatment of those mentally ill.

Though the same in terms of raw salary averages as the Psychiatric Nurse Practitioner, this specialization does not require quite as much in terms of schooling, but instead something far cheaper: experience. That being said, given the current political climate and evidence of lack of formal education regarding the use of pain medication and addiction, these standards may change in coming years. Pain management nurses must balance between allowing for the treatment of pain and determining source of pain against the risk of aforementioned addiction and all the troubles that are associated therein. 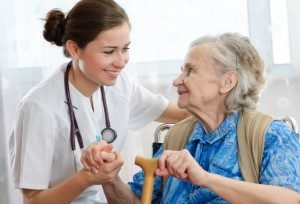 With the aging of the largest group of Americans (the Baby Boomers), Geriatric nursing is one of the most needed specialties around, with the Gerontological Nurse Practitioner being at the head of the pack. As one would expect, this career requires a great deal of flexibility in dealing with not only a myriad of physical symptoms, but also neurological ones. To work at this position, RN’s need to get certified through their state or organization with this specialty.

Much like the Family Practitioner previously mentioned, GNP’s require the same licensure and can open their own practices. Given their more general nature, they often serve as a good first step in dealing with chronic diseases while also handling those more common instead of referring out. This role also allows for further field specialization and thus, greater pay.

Topping off our list of highest paid nursing specialties is the CRNA, which as the name suggests, are typically needed within surgical theatres. Usually getting a Masters degree in Nursing as well as certification through national exam, CRNA’s help prep and administer anesthetics to patients before procedures, and thus need to be exact in their use of the drugs to ensure overdoses and mishaps do not occur. In high demand and being able to work anywhere, it really is a sellers market for this nursing specialty.