Ice Cube Net Worth 2018 – How Rich The Rapper Turned Actor 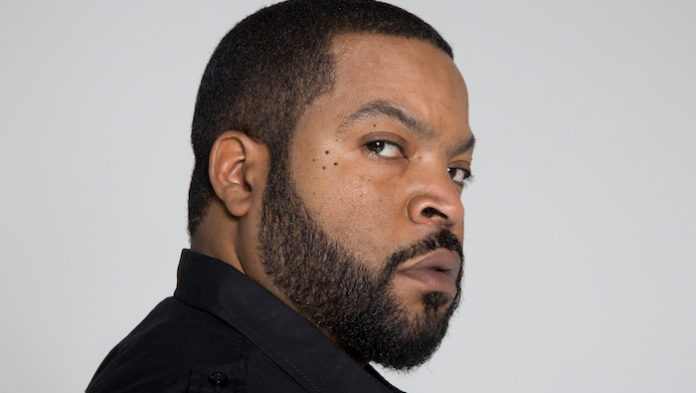 O’Shea Jackson Sr., better known as his stage name Ice Cube, first rose to fame as a rapper in the mid to late 80’s. Born and raised in Southern California, he first developed an interest in the genre in his early teens. By the time he was in ninth grade, he had penned his first song. At the age of fifteen, he joined a hip hop group known as CIA- they eventually released their one and only single in 1987. After another brief stint with the rap group NWA, he embarked on a solo career at the beginning of the 90’s. In 1990, Ice Cube released his debut studio album, AmeriKKKa’s Most Wanted through Priority Records.

Since then, he has successfully made a name for himself in the rap industry- in fact, many nowadays consider him to be one of the founders of gangsta rap. Over the years, Ice Cube;s works have amassed him a sizable fortune. Let’s take a closer look at how he achieved his wealth.

How did Ice Cube Make His Money and Wealth? 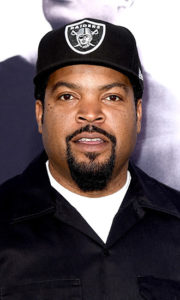 Born on June 15, 1969 in Compton, California, Ice Cube (Birth Name: O’Shea Jackson) first discovered hip hop music when he was in his early teens. By the time he was fourteen years old, he had already penned his first song. A top-of-the-class student, he studied architectural drafting for a few years at the Phoenix Institute of Technology prior to pursuing a rap career in Los Angeles. As he didn’t know how his music career would pan out at the time, he kept his architecture degree as a backup.

Kicking off his rapping career in the mid 80’s, he joined a hip hop group known as CIA with whom he released the single, My Posse (1987). After a few years of performing together, he left to be a full time member of another crew, NWA. In 1988, they released their debut album, Straight Outta Compton, which proved to be a huge hit- having eventually sold over 3.5 million copies. Their initial release was later followed by the album, Niggaz4Life in May of 1991, which sold another 2.3 million copies within the US.

While his time with the hip hop crews undoubtedly contributed to his rising fame, it wasn’t until he embarked on a solo music career that he started to bring in the dough- so to speak. After signing with Priority Records, Ice Cube released his debut album entitled, AmeriKKKa’s Most Wanted on May 16, 1990. A relative success, it peaked at number nineteen on the Billboard Top 200 and at number six on the Top R&B and Hip Hop Albums Chart. Met with a considerable amount of positive reviews, it eventually also charted in the UK and Australia. Within two years, the album had sold over 1,000,000 copies domestically, earning it Platinum certification from the RIAA. Since then, this amount has increased to well over two million- which translated to approximately $2.6 million in profit for the artist.

Following his initial success, Ice Cube dropped his second album entitled, Death Certificate just a year later in October of 1991. Although its politically-charged content caused some controversy, it proved to be another commercial success for the rapper. Not long after its release, the album entered the Billboard Top 200 at number one, and the Top Hip Hop Albums Chart at number one; within a week, it had sold over 105,000 copies. By December of 1991, just three months after its initial release, Death Certificate had broken the 1,000,000 sales mark. It is estimated that the album earned Ice Cube at least $1.5 million.

On November 17, 1992, Ice Cube released his most successful album to date, The Predator. His first number one hit on the US Billboard Top 200, it also reached the top of the Top R&B and Hip Hop Albums Chart. Over the first week, it sold approximately 193,000 copies; by late 2001, well over 2,000,000 copies have been sold- making it the rapper’s first album to go double platinum. Well received, The Predator also brought him international fame, having charted in Australia, Canada, the UK, and New Zealand. According to various sources, the album would have easily yielded him $2.5 million in the early 90’s.

The next year, his fourth studio album, Lethal Injection was released on December 7, 1993. Met with comparable success, it debuted on the Billboard Top 200 at number five, selling over 215,000 units within the initial week; the title also became his third album in a row to reach the top of the Top R&B Albums Chart. Although its reviews were generally less positive compared to that of his earlier works, Lethal Injection still managed to peak overseas. As of February 1994, its sales amount had exceeded 1,000,000. This figure would have earned Ice Cube at least a million dollars.

After a prolonged break, Ice Cube released a pair of albums over a period of two years- War & Peace Vol. 1 (The War Disc), and War & Peace Vol. 2 (The Peace Disc). More successful than its sequel, part one of the album managed to reach number seven on the Billboard Top 200 and number two on the Top R&B Albums Chart; it has since been certified Platinum in the United States. As for the second disc, it charted at number three on the Billboard Top 200 and at number one on the Top R&B and Hip Hop Albums Chart- although it only ended up selling approximately half the amount- 500,000. Combined the two albums reportedly yielded the rapper a little over $2 million in profits.

Since then, Ice Cube has come out with three additional albums- Laugh Now, Cry Later (2006), Raw Footage (2008), and I Am the West (2010). Although they all ended up charting in the US Music Charts, only the first ended up receiving RIAA certification for exceeding 500,000 in sales. Combined, they allegedly brought in $2.5 million for the artist.

Although the majority of his wealth stemmed from his music career, Ice Cube has also earned a fair bit from his involvement in film. Over the past two decades, he has appeared in a series of movies including Boyz in the Hood (1991), The Glass Shield (1994), Dangerous Ground (1997), Thicker Than Water (1999), All About the Benjamins (2002), and Barbershop 2: Back in Business (2004), to name a few.

Aside from his involvement in the show business, Ice Cube also has his own line of clothing named, Solo by Cube. First announced in the fall of 2010, it features various designs of hooded sweatshirts with build-in headphones sewn into the hood strings.

Additionally, he has also earned a pretty penny from a number of endorsement deals. For instance, he has been a spokesperson for both Coors Light Beer and St. Ides Malt Liquor in the past.

Yes, Ice Cube is married to Kimberly Woodruff; the two have been together for twenty four years. When asked about their relationship in 2016, he accredited much of his success to his wife’s unwavering support.

Does Ice Cube Have Any Children?

Yes, Ice Cube is a father of four- his children include Shareef, Kareema, Darrell, and O’Shea Jr., the last of whom portrayed the role of his father in the biographical film, Straight Outta Compton (2015).

Where Did Ice Cube Go to College?

After graduating from William Howard Taft High School in the late 80’s, he went to the Pheonix Insitute of Technology where he successfully obtained a diploma in architectural drafting.

Why is he called Ice Cube?

How did the rapper get his iconic title? It was revealed not too long ago that the one who had given him the moniker was none other than his brother. Back when he was a teen, Ice Cube was known to have often flirted heavily with the female friends of his older sibling- according to the star himself, his brother after being impressed with his “cool, suave” demeanor with the ladies, started to call him “Ice Cube” as he was “too cool for his age”.

Obviously, the nickname has stuck with him since.

Where Does Ice Cube Live? Pictures of Ice Cube’s House 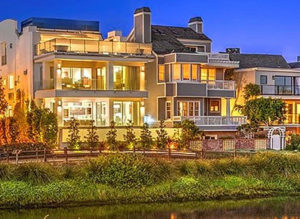 Last year, the rapper made the headlines after purchasing a new $7.25 million home in Marinda del Rey, California. Built in 2011, the 7,575 square feet property includes six bedrooms and eleven bathrooms. Located on the banks of the Grand Canal, it includes a home theater, a chef’s kitchen, a formal dining room, a bar area, and even a wine cellar.

As if that wasn’t impressive enough, it also boasts a swimming pool on the rooftop, which allows for a grand 360 degree view of Marina del Rey.

What Car Does Ice Cube Drive?

From what we can gather, Ice Cube drives an orange V8 Vantage Roadster- a $140,000 sports car.

How Much Did Ice Cube Earn Last Year?

Ice Cube as a Philanthropist

A star with a heart, Ice Cube has donated thousands and thousands of dollars to various causes over the past years. For instance in 2011, he handed over a check for ~$4000 to his old high school, after making an unannounced visit to Woodland Hills’ Taft High School. According to reports, the money went to benefit the school’s music education.

Back in the 90’s, Ice Cube also donated $25,000 to the Minority AIDS Project- a Los-Angeles based organization that helps to address the needs of those of in Latino and African American communities, living with AIDS or HIV.

Considered by many to be one of the greatest MCs of all time, Ice Cube has also been hailed as “one of hip hop’s best artists” and “one of rap’s greatest storytellers” by various publications. In 2012, he was also featured in The Source’s list of “Top 50 Lyricists of All Time”.