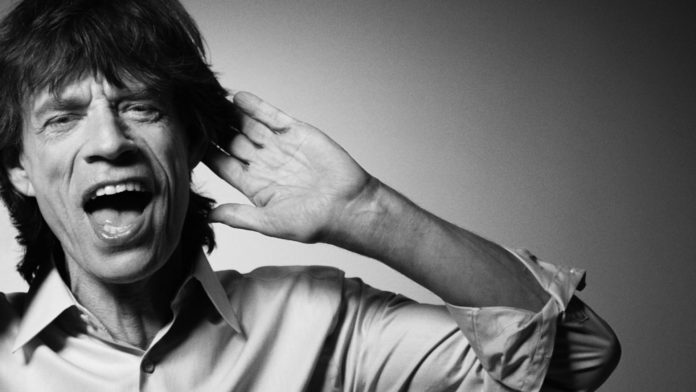 These last few weeks have been all about celebrity net worth. The majority of musicians I’ve looked at have tended to be up and coming rappers, so the figures were small. Not the case this week. Mick Jagger is one of the most famous singers in the world, and The Rolling Stones are one of the most influential bands of all time. A listen through their back catalog reveals a wealth of excellent eclectic music. Styles shifts aside, the music is consistently fantastic. I was always more of a Beatles and Bowie fan, but this last week I have dedicated myself to listening to the Stones, and I think they are getting added to my work soundtrack. Rock stars income is fairly easy to track, what with the millions of records sold and stadiums filled during tours, but let’s take a look through Mick’s past anyway. See where he made his money exactly.

How Did Mick Jagger Make His Money & Wealth?

Mick Jagger was born to a middle class family in Dartford, Kent. His father was a teacher, as was his grandfather, and it was expected that he would take up the profession as well. Instead he became one of the most famous singers of all time. It started at an early age, Mick would sing all the time, he joined the local choir, he listened to the BBC, hunting for a sound, consuming the voices of the time. He developed a love of Rhythm and Blues, the likes of Little Richard being an early influence. He met Keith Richards when they both attended Primary School. Jagger passed his 11plus and went onto grammar school, leaving Keith behind. A chance encounter at a bus stop led to the pair forming a band, the band that would become the Rolling Stones.

The Rolling Stones’ early work is mostly covers. The group played all over the UK for free, building a reputation. I wasn’t until 1965 that they began writing and producing their own songs. The sound had morphed by then, taking on the harder rock sound that they wold become famous for. Their first international hit, I Can’t Get No Satisfaction, was very well received, though listening too it now is a little tedious. The following year saw the group release Paint it Black, a track that is haunting to listen to. It appeared as the opening track to the 1966 album Aftermath, in the US only. The Stones would go on to huge success, selling millions of records, and touring extensively.

Mick’s solo career was not quite as lucrative as his career in the Stones, but his albums have sold fairly well. He has also starred in a few films, most of them directly relating to the Stones, but a few actual acting jobs too. He produced a Biopic of James Brown in 2014. The royalties paid on Mick Jagger’s back catalog is substantial, in 2013 he made no less than $88 million off them.

In all, a combination of touring, record sales and royalties form the basis of Mick Jagger’s wealth. Add in a few film roles, producing credits and endorsements and we have a good basis for that $305 million figure.

Mick has been married twice in his life. First to Bianca Pérez-Mora Macias, known these days as Bianca Jagger, from 1971 to 1978. Then to Jerry Hall from 1990 to 1999. He has had numerous girlfriends over the years, both while single and married. There are also salacious rumors of a brief fling with David Bowie back in the day, but I can find only a few references to that event, beyond a few biographies. Apparently David’s wife at the time, Angie Bowie, walked in on the pair nude in bed together.

Does Mick Jagger have any Children?

Probably a lot more than eight, but he has eight officially, including Jade Jagger, jewellery designer and socialite, Georgia May Jagger, Model and Lizzy Jagger, also a model.

Where is Mick Jagger from?

Mick Jagger is from Dartford in Kent, a few miles outside London.

Mick Jagger is a millionaire several hundred times over. He has lots of properties all over the world. Including holiday homes in Spain, Jamaica, and North America. He owns a large town house in London as well, in Richmond Hill. You can see pictures of it there.

Who tried to Kill Mick Jagger?

In 1975 the Hell’s Angels motorcycle club plotted and attempted to murder Mick Jagger while he was staying with a friend in Long island. Jagger publically blamed the group for the violence that erupted following the Altamont Free Concert. The Hell’s Angels were hired to run security for the event, and were far from up to the task of organizing it. Four people died during and after the concert, including 18 year old Meredith Hunter, who was stabbed repeatedly.

The group chartered a boat and attempted to sail up to a residence Jagger was staying at. They might well have succeeded as well, were it not for the weather. the boat was hit y a storm, and nearly capsized.

I really hoped this section would be enormous, what with Mick’s substantial wealth and all, but it seems that beyond the Mick Jagger Performing center in his old secondary school, and his Red Rooster program fro music in the UK there really isn’t much I can put here. it is extremely likely that much of the charitable donations made by Mick Jagger are done so anonymously, and I can respect that, but i like to sing the praises of the rich and famous when they set up foundations and give to charity. Small loose.