Todd Chrisley Net Worth 2018 – How Rich is He Actually? 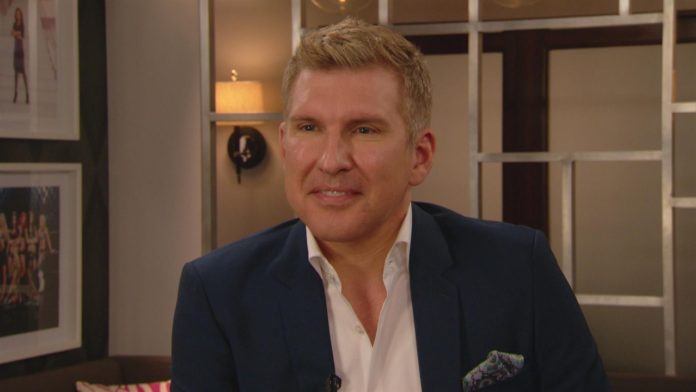 When it comes to making your way in life, some people start off small and make it big. And then there are some people who start failing but refuse to see it, living a lavish lifestyle that cannot be sustained. So what’s the story here?

How Did Todd Chrisley Make – And Lose – His Money & Wealth?

Todd Chrisley was born in Georgia and grew up in Westminster, South Carolina. He claims his success is built on hard work, but has no college education.

Chrisley had become wealthy while in real estate, owning several ventures, including Executive Asset Management, LLC, which operated from 2004 to 2008, and Chrisley Asset Management (CAM). CAM was a company that managed properties that were repossessed.

It is claimed that one horrible deal that resulted in him defaulting on a $30 million loan was the cause of his bankruptcy. Fannie Mae was one of the institutions through which they flipped houses for a profit, and in fact appears to have been the primary one. The loss of this contract could easily have sent their real estate empire crumbling overnight.

Chrisley personally filed bankruptcy in 2012, and in 2013, he filed corporate bankruptcy for CAM. In promos for his TV series, “Chrisley Knows Best”, he bragged about his family spending $300,000 a year on clothes – certainly an amount that seems a bit outrageous for someone who has claimed bankruptcy.

Todd Chrisley married wife Julie in May 1996. The marriage came a month after the finalization of his first marriage to Teresa Terry. Terry, mother of Chrisley’s eldest two children, filed a domestic violence report in November 1994 amid claims of abuse. The divorce was finalized two years later after a long custody battle.

Does Todd Chrisley have kids?

How Much Did Todd Chrisley Make In 2016/How Much Does He Make Per Episode?

Well-known for being tight-lipped about his earnings and debts, information on how much Todd Chrisley made last year and per episode of his TV show is unavailable. However, based on the negative $5 million net worth, we can assume that it is well below $5 million dollars. 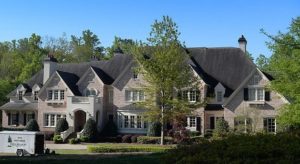 There are many conflicting allegations out there regarding Todd Chrisley’s residence. One claim has been made that his 30,000 square foot Roswell, Georgia home was foreclosed upon. The house, worth $2.4 million, includes a gourmet indoor kitchen along with an outdoor one, a living room spanning an entire floor, nine fireplaces, a wine cellar, grotto, and theatre, a spa bathroom next to the master suite, an elevator, saltwater pool, and Chrisley’s humongous walk-in closet. This claim states that the other properties they had may have also been foreclosed on, though at the moment nothing can be confirmed. The only property they own outright is a 2 bed, 2 bath, 1,750 square foot condo worth $300,000 in Atlanta, Georgia. Also brought up by this is that a third home that Chrisley has been allowing his mother to live in, a 4 bed, 4 bath house in 3,000 square feet and worth $400,000 has also been taken.
Another claim states that the family has moved to Nashville, Tennessee.

What Kind of Trouble Has Todd Christley Gotten Into?

His dance with debt is well-known by this point, having become a huge problem back in 2012. He supposedly still has payments to make and taxes to pay, but considering how little the family discusses money, we can neither disprove nor prove this.
Ex-wife Teresa Terry also filed a domestic violence report against him in 1996, and it has been alleged that he beat her on numerous occasions, including go so far as to strip her naked once beforehand.
Sexual harrassment claims by both women and men were brought against Christley, though one was dismissed and later ones settled out of court.

Chrisley has a charity group called the Todd Chrisley Charity Group, the front page of which states it advocates for Susan G. Komen for the Cure and Westminster Elementary School in South Carolina. They also promote various charity and care groups, some of which have had dubious claims or actions in the past. However, their website appears to have last been updated in 2010, so we can not say with any certainty what philanthropic work Christley has done recently.

Jennifer Schaible
A University graduate with a degree in English Literature, Jennifer lives in Washington and enjoys writing about space, various geeky subjects, and occasional other stuff. In her off time she can generally be found with a book, and loves traveling the world.
RELATED ARTICLES
Entertainment