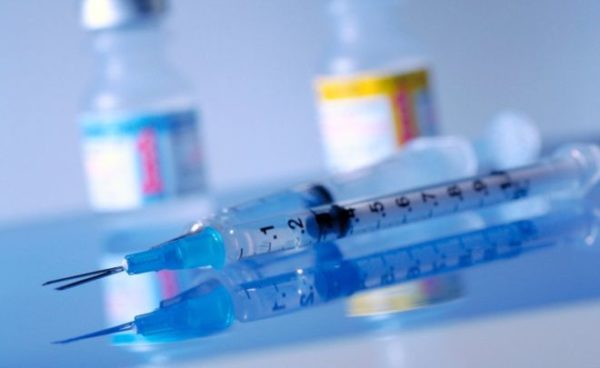 For decades, Malaria has been the bane of human existence. A disease that killed nearly 430,000 people in 2015 alone, and infected 212 million, Malaria has often been the disease that kept researchers, doctors and mothers up at night, wondering who would be taken next. But there may yet be hope. Here, we take a look at what Malaria is, how it has affected humanity on the whole, and the newest development announced on World Malaria Day (April 25th) that GlaxoSmithKline may have a viable vaccination roll into human trials next year.

First, what is Malaria?

For those who have never experienced it, Malaria may seem a bit of a mystery. A disease that’s been around for as long as humanity can remember must have been able to be solved some time ago, right? And for that matter, didn’t we already have treatments to take before encountering the disease to prevent it? Well, in some ways yes, and in others know. To fully understand the significance of the new Mosquirix (RTS,S) Malaria vaccine, let’s take a look at the disease itself. 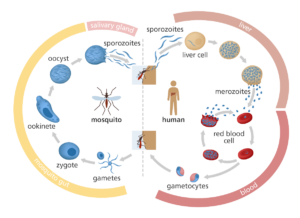 Malaria, for all the suffering and strife it has caused, is in fact a pretty small parasite which relies on two very specific hosts for it to develop: The female Anopheles mosquito, and humans. First, mosquitoes take in what are called sporozoites (think mold spores) from an infected person while getting a meal from their host, who themselves must be infected either with or without symptoms. These sporozoites will then take a ride through the circulatory system and land squarely in the liver of the individual. Here, the parasites will hang out, grow and reproduce asexually anywhere from a week to a month. However, there are some strains of the malaria parasite which can essentially go dormant for months at a time. After the sporozoites have decided that they’re due for a move, they will differentiate into what are called merozoites, often hiding in the membrane or “skin” of a liver cell until they can get their grubby little hands on some fresh blood cells. And here is where it all goes wrong.

Rapidly, these parasites begin infecting blood cells, reproducing and filling the cells to bursting. This will cause waves of immune response as the reproduction cycle will likewise follow in waves. This can at times cause people with malaria to have variable fevers from one hour to the next, or a complete lack and return of symptoms multiple times a day. Outside the blood cells is one of the few times where the parasite is exposed and available for attack by the immune system, and as such there tends to be such limited and extreme responses by the body. However, remaining within the blood cells has a drawback for the Malaria parasite: Interaction with the spleen. The spleen, mostly responsible for filtering and destroying old or damaged blood cells, could easily destroy the Malaria parasites within. In reponse, as life tends to do, Malaria has found a way to circumvent certain death. The parasites often cause blood cells to “stick” to the walls of smaller blood vessels, and contort the blood cells themselves into something very different than their healthy counterparts. This can in turn cause such things as cerebral malaria, where swelling of the brain occurs as the cells can breach the blood brain barrier, and further swelling and infection occur.

Among other symptoms that can occur as a result of the Malaria parasite infecting someone are varied, at times severe, and often frightening. Starting off, the typical flu like symptoms are almost sure to occur, including fever (in the aforementioned characteristic waves), cough, fatigue, nausea and vomiting. However, added to this can be spleen enlargement, liver damage and if it gets into the brain, more severe symptoms can occur. Encephalopathy, or overall brain dysfunction can occur, and cause Nystagmus, an involuntary eye twitch, often called “dancing eye” as the eyes struggle to stabilize and focus. Coma, seizures and involuntary extension of the arms and legs can also occur, being a major sign of damage. In children in particular, developmental disorders or mental retardation are especially prevalent due to severe overdevelopment of the brain in a rapid manner as a result of the disease. In pregnant women, Malaria is particularly merciless and vile. Stillbirths, spontaneous abortion, and low birth weight, alongside severe neonatal disability are all risks for the fetus, and the mother has an increased chance of bleed-out.

To make matters worse, unlike many diseases where you can be “one and done” in terms of infection, at least for a while, due to the nature of Malaria, there is no such blessing. Reinfection of Malaria can occur in rapid succession, and when coupled with Malaria’s pattern of often going dormant and then resurging, it can be hard to tell whether the current symptoms are a result of a new infection, or failure to adequately treat a current one. This makes Malaria a great deal of trouble both on the individual and the population level.

How does Malaria Affect Populations?

Like all disease, Malaria doesn’t occur in a vacuum. In towns, cities and nations across the developing world, Malaria poses a major threat not just to individual lives, again taking over 400,000 lives in 2015 alone, but entire countries and economies. In areas with already fragile infrastructure and economies (which are a vast majority of countries in which Malaria poses a major threat), lack of financial resources can become reality for a family in one infection, and thus quickly, starvation and poverty become very real threats. It has been stated by Malaria Foundation International that up to 1.3% of national GDP’s can be lost with Malaria infections (not counting treatment) and if scaled to the United States, would equal losses to that of upkeep of nearly 3 agencies equal to NASA, and with none of the scientific benefits.

Historically, government and economic downturn due to Malaria outbreaks have seen the fall of empires, and causes of war. It is often theorized that the Roman Fever of antiquity, which helped speed the fall of Rome may have been Malaria, as descriptions of the Roman Fever matches well with what we have observed in recent times as symptoms of the parasite. In recent times, Malaria has been seen as a contribution of conditions that have led to civil war and unrest, and the distrust or non-admittance of refugees from war torn nations as their presence is a perceived health risk for their neighbors. For those interested, a fine paper titled “Civil war, forced migration and malaria” by Montalvo and Reynal-Querol is worth looking into.

While we have yet to have a successful Malaria vaccine, and the RTS,S is the compilation of at least 50 years of hope and research, there have been other treatment and prevention measures which have shown some success in the past.
As with most other diseases, response and treatment are great for lessening impact, but prevention and elimination is key. Previous methods have, with varying levels of success, targeted the mosquitos carrying the disease. As one would expect, aiming to eliminate an entire mosquito population has proven an expensive and difficult task, and at times had several ill effects on the environment. While part of a great comprehensive approach and a method to “hold the line”, spraying and the use of mosquito nets have yet to allow for Malaria to go the way of Polio and Smallpox.

In terms of treatment, there has been some prophylactic and treatment methods which have been cheap and moderately effective. However, after decades of use of antibiotics, even in combination, we have seen a decline in effectiveness as antibiotic resistance has slowly climbed as a specter to haunt physicians and patients alike. However, it’s not all gloom and doom: We’ve seen decreases in the death toll of malaria by over 60% within the last 15 years thanks to aforementioned efforts. Still, we’ve needed a new solution, and it appears that the RTS,S vaccine may be just that.

The New Promise of the Malaria RTS,S Vaccine

Originally developed back in 1987, the RTS,S vaccine has seen a bit of a complicated past. First seeing some limited use and experimentation with the Walter Reed Army Institute’s research division, the vaccine would undergo testing and repeated development for decades, until in 2001, actions were taken to allow the vaccine to start a long term, far reaching program to the world’s most affected peoples. Following phase I and II testing cycles (which of course took years), the vaccine may finally enter into a widespread pilot tests in administration. Potentially reaching up to 100,000 children, the RTS,S vaccine’s four dose administration will be covered with nearly $42.5 Million donated by various NGO’s and charities. The first site locations are to be the countries of Malawi, Kenya and Ghana in particular due to their existing vaccination programs and high adherence rates. If successful in 2018, this vaccination program may be the nail in the coffin for one of Humanity’s pathological boogeymen.