What Happened to William Hung – What He’s Doing Now 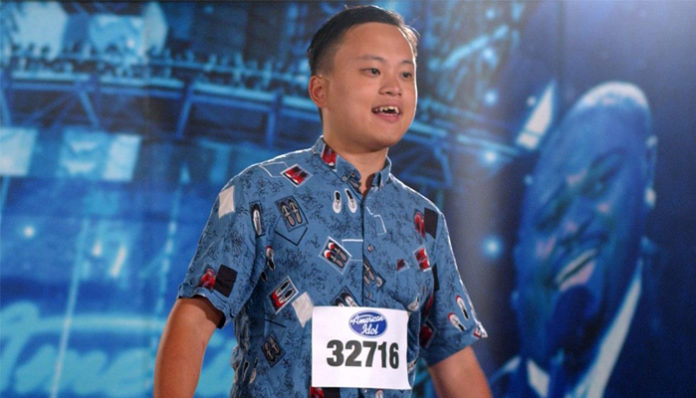 William Hung first garnered worldwide attention after auditioning for the third season of American Idol with a noticeable off-key rendition of Ricky Martin’s She Bangs. Originally from Hong Kong, he was studying at the University of California, Berkley when he decided to try out for the popular talent show, as he had always “wanted to make music [his] living”. Unlike most individuals who gain fame from the Fox singing competition, Hung’s lack of musical talent was apparent to all that was present for his performance- in fact, many of the judges had to stifle their laughs. Despite this, he was applauded for his positive attitude. Although he didn’t make the cut for the competition, Hung was eventually invited to perform on Uncut, Uncensored, and Untalented shortly afterward- a performance that ultimately landed him a recording deal with Koch Records. In spite of his tuneless vocals, he quickly became one of the most successful contestants from the show, having soon earned a cult following.

With his newfound fame, Hung was invited onto a series of television shows soon after including The Ellen DeGeneres Show, Jimmy Kimmel Live!, The Late Show with David Letterman, The Howard Stern Radio Show, and On Air with Ryan Seacrest, to name few. A fan site created by a realtor also amassed over 4,000,000 hits during the first week. In the spring of 2004, Hung released his first full length album entitled, Inspiration. Although critics panned it for its poor vocals and use of karaoke tracks, it was a relative commercial hit- having peaked within the top fifty on the Billboard Top 200. According to Nielsound Scan, the album has since sold more than 200,000 copies. The following year, the Hong Kong-born singer followed up with a second studio album, Miracle: Happy Summer from William Hung, although it turned out to be a commercial flop.

Throughout his music career, Hung had released two full length albums, one extended play, two singles and three music videos- an impressive array of releases for someone who is seemingly tone deaf. Outside of music, his fame from the show had also led him to appear in a couple of films including Where’s Mama’s Boy? (2005), and Chinaman’s Chance: America’s Other Slaves (2008). From there, he later appeared in Arrested Development, Airline, The Fairly OddParents, and Celebrity Deathmatch. At one point, he even appeared in the commercials for the mobile service provider Cingular Wireless, the Game Show Network, and the search engine, Ask.com. In the summer of 2004, Hung also had the honor of singing Take Me Out to the Ballgame for the Toronto Blue Rays.

What has William Hung been up to since? Is he still continuing on with his music career or has he retired? What new endeavors have he taken on since we last saw him? Will he be making any public appearances this year? Or has his five minutes of fame past? What happened to William Hung? Where is he now in 2018? 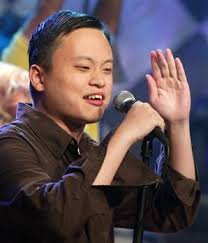 Born on January 13, 1983 in Sha Tin, Hong Kong, William Hung relocated to New Jersey at the age of ten with his family; he is a descendant of Confucius. After graduating from Los Angeles’ John H. Francis Polytechnic High School, he studied at the University of California, Berkley, where he majored in civil engineering. Even in college, he had won over his fellow classmates and dorm residents at a university talent show. Bursting with confidence, Hung eventually decided to audition for the third season of Simon Fuller’s popular singing competition series, American Idol in 2003, while he was still enrolled in school.

Attending the show’s try outs in San Francisco in the fall of 2003, his audition was later broadcast-ed on January 15, 2004. A surprise to everyone in the audience, Hung went on to perform a tuneless rendition of Ricky Martin’s hit song, She Bangs, which unsurprisingly garnered snickers from individuals in the room- including the judges, who had to stifle their laughter. Following the end of his performance, Simon Cowell gave a crude remark to the likes of “You can’t dance, you can’t sing, what do you want me to say?” to which the Hong-Kong born singer replied that he gave his best and that he has no regrets at all.

Applauded for his overwhelmingly positive attitude, he quickly gained a cult following despite his obvious lack of musical talent. In fact, the popularity that he garnered from the audition was so great, that it exceeded most of what the show’s winners were able to achieve. 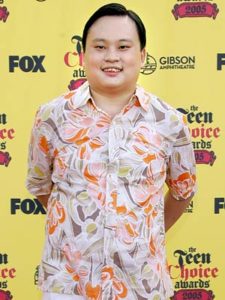 Having gained fame and notoriety from his brief time on the show, Hung was later invited onto numerous television talk shows including The Late Show with David Letterman, Jimmy Kimmel Live!, The Howard Stern Radio Show, and The Ellen Degeneres Show, among others. Not only that, but he was also featured in several newspapers and magazines across the country.

Despite being tone deaf, various remixes of his audition song eventually made it on air in numerous radio specials. In fact, many fans eventually started an online petition in hopes of getting him back on the show; the list had allegedly earned over 100,000 signatures in a mater of months.

As it happened, Hung was then brought back to a special edition of American Idol called Uncut, Uncensored and Untalented, which premiered on television in March of 2004. Chronicling the show’s audition process, it also featured the Hong Kong singer’s overnight rise to fame. Shortly after his time on the show, he was offered a $25,000 recording deal with Koch Entertainment. 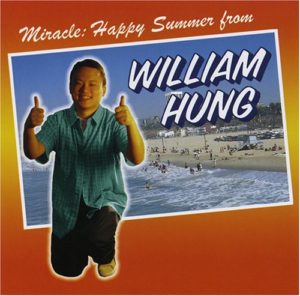 On April 6, 2004, Hung released his first full length album entitled, Inspiration. Originally intended to be titled True Idol, the project was recorded over a weekend at the Fantasy Studios in Berkeley, California. Produced by Dee Sonaram, the pop rock album consisted of fifteen songs, all of which featured him singing over various karaoke tracks. Some of the covers that he performed in the album include Rocket Man by Elton John, Circle of Life by Elton John, Y.M.C.A. by The Village People, I Believe I Can Fly by R. Kelly, Two Worlds by Phil Collins, and Bailamos by Enrique Iglesias. Included with the album was also a DVD documentary called A Day in the Life of a Small William Hung.

Preceded by a pre-release teaser that was made available two weeks prior to the album’s official release, the album was a surprise hit; in the United States, it peaked at number thirty four on the Billboard 200 and at number one on the Independent Albums Chart. A moderate commercial success, it ended up selling over 37,000 copies within the first week; to date, it has sold approximately 200,000 copies. Outside of the US, Inspiration also charted in Australia. To promote the release, Hung sang during the half-time of a Golden State Warriors Game that spring; he later also sang his signature song, She Bangs on The Today Show.

Unsurprisingly, his poor vocals were critically panned by critics. Although some noted that it might be worth a chuckle or two, the general consensus was overwhelmingly negative. For instance, it received a one star rating from People Magazine and an F grade from Entertainment weekly.

On October 19, 2004, The Hong Kong-born singer released a holiday-themed extended play entitled, Hung for the Holidays. Recorded in the summer of 2004, it came with ten Christmas classic covers such as Deck the Halls, O Come All Ye Faithful, Rudolph the Red Nosed Reindeer, Winter Wonderland, Silver Bells, and Little Drummer Boy; the album’s last hidden track was a rendition of We Are the Champions by Queen. Interestingly enough, a limited amount of the EP also came with a fold-out Christmas ornament.

Not as successful as his debut work, it has sold 35,000 copies in the US to date. Chart performance-wise, it reached number twenty two on the Billboard Independent Albums chart, having not made the cut for the Billboard Top 200. Like before, the EP also received a slew of negative reviews, most of which panned it for being a cheap-sounding record. Still, other publications such as The New York Daily News hailed it as a cult classic. In 2013, Hung’s rendition of Little Drummer Boy made it onto The Huffington Post’s list of “17 Worst Christmas Songs Ever”.

A year later, William Hung released his second and final full length album, Miracle: Happy Summer from William Hung. Very similar to his earlier work, it featured a number of covers, in addition to various inspirational messages. Produced by Giuseppe D., the collection of tracks included the titles Achy Breaky Heart, Surfin’ USA, Right Here Waiting, I Left My Heart in San Francisco, Take Me Out to the Ball Game, I Love L.A., and Tie a Yellow Ribbon.

Much like his first album however, it was met with critically negative reviews; Rhapsody and Hyphen Magazine both gave it a negative rating. Many years after its first release, it was listed in IGN’s lists of “Five Worst Albums” and “Five Best and Worst Albums From American Idol Contestants”. Unlike Inspiration, Hung’s second album did not reach the record charts and has since only sold ~7,000 copies within the United States.

William Hung on the Big and Small Screens

Aside from the appearances in various TV talk shows, Hung eventually also appeared in a handful of commercials such as those for The Game Show Network and Cingular Wireless.

In 2004, he made his motion picture debut in a low-budget Hong Kong comedy film called, Where is Mama’s Boy. Made available in January of 2005, Hung played the role of a good-natured son who sells Chinese pancakes in order to pay for his parent’s increasing medical bills; from there, his character is later discovered as a singer. Unfortunately, it turned out to be a flop at the box office.

In 2008, he also appeared in the historical drama film, CHinaman’s Chance: America’s Other Slaves which was set in 1870’s America.

After what seemed like many years in the music scene, William Hung officially retired as a singer in 2011. That same year, he started to work as a technical crime analyst for the LA Country Sheriff’s Department. In a subsequent interview, he stated that he has no regrets about the end of his music career and that he’s happy that he was able to show that even “the Average Joe could succeed”.

With that said, it’s understandable that he hasn’t made any recent appearances- he has voluntarily ended his time as a pop-star. Instead, Hung has started a new career with the Los Angeles Sheriff’s Department. Considering the new path that he’s taken, we probably won’t be seeing anymore of his singing or dancing on television anytime soon.

Having said that, of course if you’d like to revisit some of his old cover songs, you can easily do so on various streaming sites such as Youtube.