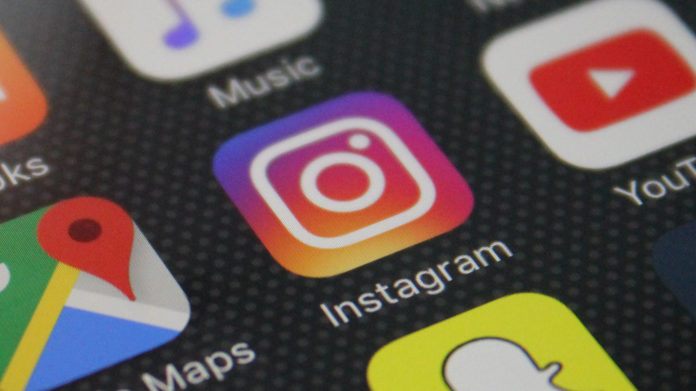 Instagram is one of the most popular social networking platforms out there. It’s home to hundreds of millions of users, and people are drawn to its media-based premise. Instagram places a strong emphasis on sharing photos and videos, and as you can imagine, that makes it a very popular place for actors and actresses. Who are some of the most popular movie stars on Instagram? In this article, I’ll be ranking different movie stars on Instagram based on how many followers they have. By the end of the list, we should be discussing the most followed movie star on Instagram. Without further ado, let’s get right into this. 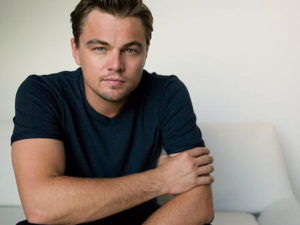 Leonardo DiCaprio is the first movie star on our list of the top 10 movie stars on Instagram. He has 16.9 million followers on the platform, which he mostly uses to post nature pictures and promote various causes that he is passionate about. Leonardo is a renowned actor, and he is well known for his work in feature films like Titanic, Catch Me If You Can, The Departed, The Great Gatsby, The Aviator, and The Revenant. He has been in numerous films voer the course of his long and storied career, but he has only just recently won his first Academy Award. In 2016, he won the Academy Award for Best Actor for The Revenant. This win was a long time coming, since he had been nominated for an Academy Award five times previously without ever actually winning. 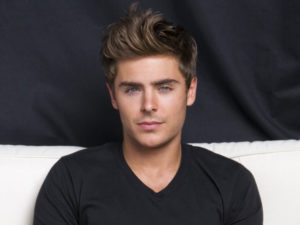 Zac Efron is next on this list, with an Instagram account that is home to a whopping 28.2 million followers. Efron got his start on the Disney Channel, mainly through his work in the High School Musical film franchise. The first two installments in the series aired on television, but the final installment actually made it to the movie theater. He acquired a ton of popularity for his portrayal of Troy Bolton in the series, but once High School Musical ended, Zac Efron kept on going. He would go on to appear in more mature movies, like New Year’s Eve, Neighbors, Dirty Grandpa, and Neighbors 2: Sorority Rising. In the years to come, he is set to star in movies like Baywatch and Extremely Wicked, Shockingly Evil and Vile. Needless to say, he is still plenty popular in his life after Disney. 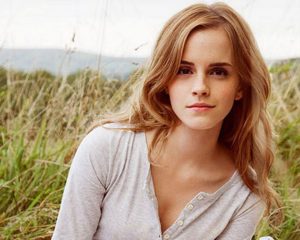 Like Zac Efron, Emma Watson got her start in entertainment when she was very young. She acquired most of her initial fame while playing Hermione Granger in Harry Potter film series. This is a role that she would play for literal decades, and it’s helped her have a very strong start in the film industry. Fast forward to today, and this movie star has 35.5 million followers on Instagram. She’s appeared in multiple films outside of the Harry Potter series, including The Perks of Being a Wallflower and Noah. In this year alone, she has had major roles in blockbusters like The Circle and Beauty and the Beast. Outside of acting, Watson has also dabbled a little bit in fashion. In 2014, she was awarded Best British Style at the 2014 British Fashion Awards. If her Instagram follower account is any indication, she’s doing very well for herself. 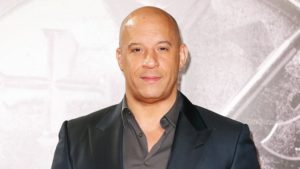 The next most popular movie star on Instagram is Vin Diesel, who has 39.3 million followers on the platform. Vin Diesel is probably best known for his work in a few major film franchises. He plays Xander Cage in the xXx series, Dominic Toretto in The Fast and the Furious series, Richard Riddick in The Chronicles of Riddick series, and he also happens to voice Groot in The Guardians of the Galaxy series. So, Diesel obviously keeps himself very busy. He started his career appearing in independent films, but he’s predominantly known for his work in major blockbusters these days. You may not know this, but Vin Diesel is also a pretty huge fan of Dungeons and Dragons. He’s been playing the game for twenty years, and because of this interesting fact he’s actually a pretty big figure in the game’s fan base. This just adds onto his already monumental popularity. 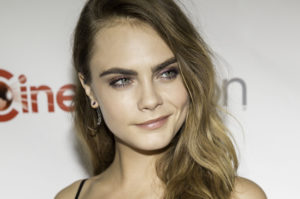 Up until now, I’ve pretty much just talked about movie stars who have been in the business for a really long time. Cara Delevingne has seem to come into the industry overnight, but she still has. She originally started as a fashion model, winning Model of the Year at the British Fashion Awards a couple of times. This is definitely an achievement considering how young she is. She really kicked off her major film career in 2015 when she played Margo in Paper Towns, a teen drama based on the John Green novel of the same name. Her performance was very well-received. Since then, she has also appeared in movies like Suicide Squad and Pan. She played the Enchantress in Suicide Squad, which is a role that she could possibly reprise in the future. Her more recent major role comes from the science fiction movie Valerian and the City of a Thousand Planets, where she stars alongside Dane DeHaan. 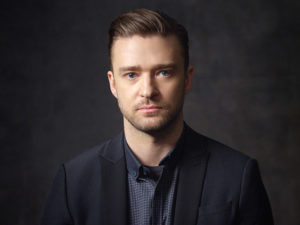 So, I know what you might be thinking. Justin Timberlake is primarily known for his music, right? However, in more recent years, he has definitely come into his own as an actor. Timberlake obviously started off his career as a member of the boy band NSYNC. Once NSYNC broke up, he was able to have a pretty successful solo career as a musician. His work with NSYNC was so popular that it pretty much made him a pop culture icon, which allowed him to also become very successful in film. One of Justin’s more critically acclaimed roles came from his work in the Best Picture nominated film The Social Network. He has also done work in movies like Friends with Benefits, Bad Teacher, and Inside Llewyn Davis. Timberlake has also done voice work for movies like Yogi Bear and Trolls. All of this has helped him gather his 44.5 million followers on Instagram. 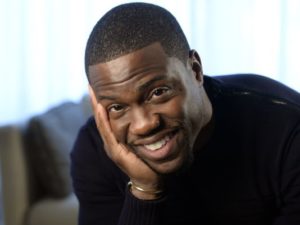 I talked about Vin Diesel before. He’s one of the biggest names in action movies. Kevin Hart, on the other hand, is probably one of the biggest names in comedy movies. This Hollywood funnyman has 52.1 million followers on Instagram, and it’s likely that a lot of those followers are initially familiar with Hart due to his work in comedy. Kevin Hart pretty much started with stand-up and smaller roles in movies, but in more recent years, his popularity has skyrocketed due to his starring roles in movies. In 2012, he appeared in The Five-Year Engagement and Think Like a Man. In 2013, he appeared in This is the End and Grudge Match. 2014 was an even bigger year for him, as Hart saw major roles in successful films like Ride Along, About Last Night, and Think Like a Man Too. If his upcoming films are any indication, he’s going to be on the silver screen for quite some time. 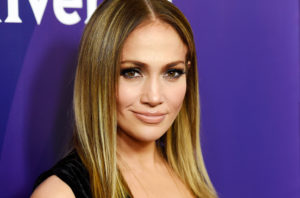 Next, it’s time to talk about Jennifer Lopez. Jennifer has a whopping 65.3 followers on Instagram.  Like Justin Timberlake, Jennifer Lopez may be known for her work in music a little bit more than she’s known for her work in acting. She started off as an actress, but following a strong start that came along with a leading role in the biopic Selena, she decided to make a try ad the music industry. Lopez is unique, in that she has managed to balance an incredible music career with an incredible acting career. She is one of the most successful Hispanic entertainers in the country, and she is one of the most powerful celebrities in the entire world. You may remember her from her recent work in movies like What to Expect When You’re Expecting and The Back-up Plan, as well as her voice work in the Ice Age film series. 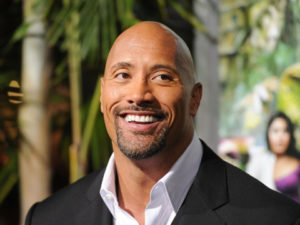 I mentioned before that Vin Diesel is one of the most well known action movie stars in the world. Based on how well he has been doing recently, you might think that Dwayne Johnson is currently the most well known action movie star in the world. He’s had an amazing few years, and he’s on the top of his game right now. Johnson has 87 million followers on Instagram right now, and if he keeps it up, that number is sure to increase. The Rock originally started out as a professional wrestler, but in more recent years, he has branched out into acting, primarily in action roles. Like Vin Diesel, he has a recurring role in The Fast and the Furious film franchise. He plays Luke Hobbs, and he will likely reprise that role into the ninth installment of the series. This year, he is still set to appear in highly anticipated movies like Baywatch and Jumanji: Welcome to the Jungle. 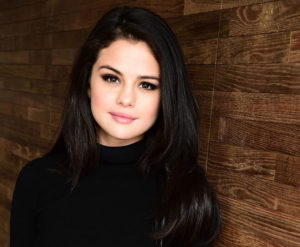 Interestingly enough, the most popular movie star on all of Instagram also happens to be the most popular user on Instagram. Selena has a whole 120 million followers on the platform, which is more than any of other person can claim to have. Selena is well known for her work in music and in television. She originally got her start as the star of the Disney Channel series Wizards of Waverly Place. She went on to have some successes in music and more family-friendly media. Since then, she has appeared in many other, more mature films, like Spring Breakers, Behaving Badly, and The Fundamentals of Caring. She also does recurring voice work as Mavis in the Hotel Transylvania animated film series. This year, Gomez’s biggest gig has been working as executive producer on 13 Reasons Why.