Lily Aldridge Net Worth 2018 – How Wealthy is the Model Now? 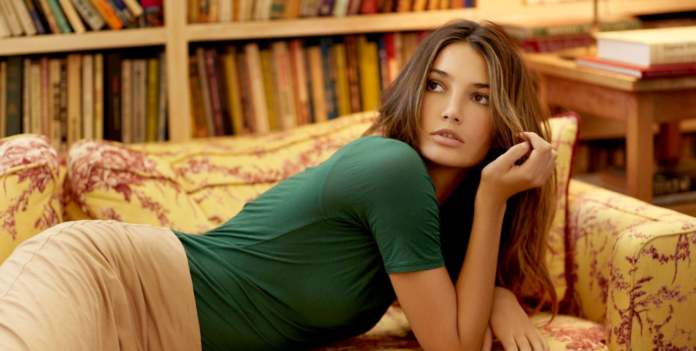 Since Lily Aldridge was raised on fashion photographers and models, it was natural for her to become a model herself. Lily began modeling at the young age of 16 and hasn’t back since. She is most famous for work with Abercrombie and Fitch, Victoria’s Secret and Sports Illustrated.

How has Lily Aldridge made her money & wealth?

Lily Aldridge was born on November 15, 1985, in Santa Monica California. Her mother was Laura Lyons, All her siblings and half-siblings were also in the business.  In 2003, Lily appeared on the cover of Spanish Vogue. 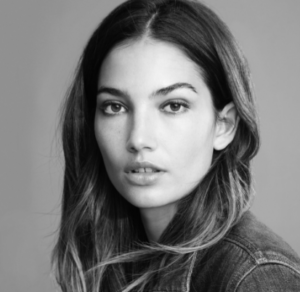 Lily Aldridge started getting money for modeling at 17 when she secured a gig with Abercrombie and Fitch. Other advertising campaigns included Arden B and more.

In 2014, Lily became the model for Proactiv, the company that advertises a three-step system. She was also the head model for clothing company XOXO which is a contemporary brand of clothing that’s geared toward young adult women as well as teenage girls. The company also sells jewelry, belts, handbags, sunglasses, as well as other accessories. In addition to her print modeling work, Lily Aldridge has also been featured on the cover of magazines.

Lily Aldridge is not just a print work model. She is also a Victoria’s Secret Angel. In 2009, she walked on the catwalk in the Victoria’s Secret Fashion Show. Lily was given her wings in 2010 at her second catwalk appearance. She went on to appear in six other Victoria’s Secret fashion shows, as well as a lingerie show in 2015 where she wore a $2 million bra. In 2014, Lily made her Sports Illustrated Swimsuit Issue debut. She was featured alongside Nina Agdal and Chrissy Teigen for the 50th anniversary of the swimsuit issue.

Lily has made cameos in videos for artists such as Limp Bizkit, Taylor Swift, and Kings of Leon. She has her own fashion line. The line was released and 2013 and was available at Nordstrom, Neiman Marcus, and the Velvet website. Lily released a second wave of the line in 2014, but it looks like it has been discontinued. 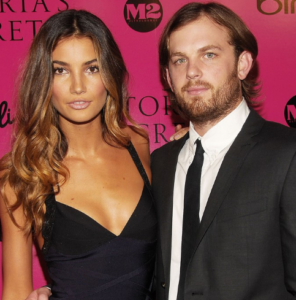 Lily dated Michael Eizinger, the guitarist, and co-songwriter of the rock band Incubus from 2004 to 2006. She met the lead singer of Kings of Leon, Caleb Followill, in 2007 at the Coachella music Festival. The two dated for a while, and Lily appeared in two of their music videos. They were engaged in 2010 and got married in May 2011 in Montecito California.

While Victoria’s Secret models usually rake in a cool $5 million per year, Lily Aldridge is still fairly new to the business and earns $2 million per year. The total number of that Lily makes per year is probably more than that, considering she also has a deal with Michael Kors and does other modeling work.

How much money does Lily Aldridge make per day?

If we say that Lily has the modest salary of $2 million per year, it would mean that she makes about $5500 per day or $165,000 per month. Her monthly salary is enough to buy a decent house in Pennsylvania. The amount of money that Lily Aldridge makes per month could pay nine people at the poverty level, or buy 41 sports model Apple Watches.

Lily spends most of her time in her Nashville house with her husband, Caleb Followill, and daughter, Dixie Pearl. She splits her time between there, and her property in New York City. 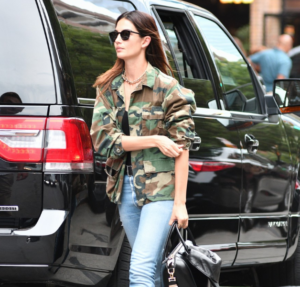 In June of 2015, Lily Aldridge posted of photo of herself posing in front of a brand new Mercedes-Benz SUV with the caption “New Car Day!” In the fall, Lily did an interview with The Telegraph where she told them that her dream car was a Telsa electric car, because “they are energy efficient and don’t rely on gas.”

Lily is known to make donations to at least four different charities. She supports St Jude Children’s Research Hospital, which is in the top five largest health care charities that specialize in treatment and research. Another one of her favorite charities is the GOOD+ Foundation. This foundation works with families in poverty to provide tools such as car seats and diapers to low-income parents and children. Lily Aldridge also gives aid to the Happy Hearts Foundation, which assists children in need, and the American Foundation for AIDS Research.

Lily has accomplished many things in her young life. She counts becoming a Victoria’s Secret Angel as one of her biggest accomplishments, and as the point when her career took a turn for the better. Motherhood did not stop her modeling career – she returned to work the year after having her daughter to model in Vogue.