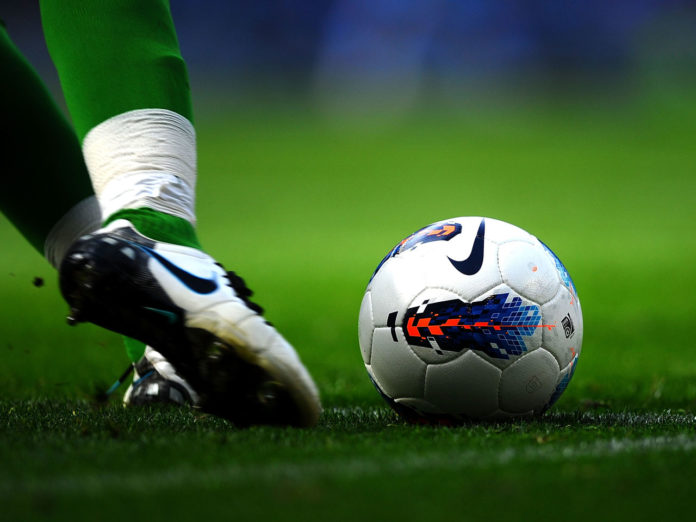 Of all the sports in the world, by far the most popular is Soccer (or Football to non-Americans). With nearly every country in the world fielding a team, and nearly every city within those countries having strong affiliations, it’s hard to think of a place where two goal posts haven’t been set up on the planet. As a result, many young boys and girls grow up wishing to be soccer stars, pursuing what they love with vigor for 90 minutes at a time. But how much do soccer players make? Here, we take a look at the complicated answer to that simple question, as well as how one can become a pro soccer player.

From the outset, I would like to clarify something: This average salary is a vastly misrepresentative number for several reasons which will be clarified and corrected. First, this number takes into account soccer salaries from most of Europe, South America, and North America, with a great deal of variance within. Most European players, in particularly the British net over $2,000,000 as pro players, while most MLS teams end up with players that average about a tenth of that number. Another factor to consider is that many players jump teams between La Liga, the British Premier League and the MLS in the United States, so individual earnings can be vastly different than what one or several leagues consider to be “average”. Also, depending on reputation and performance, players can make vastly different sums. For example, while an average MLS player makes around $200,000, a famous player like Manchester United’s Wayne Rooney can net twice as much as that a week. One interesting fact is that despite the United States usually paying its athletes disproportionately high amounts, the MLS is one of the lowest paying leagues to work in, as it is still developing. That being said, in coming years it is predicted that earnings as well as ticket sales will climb.

How to Become a Soccer Player – Do You Need to Go to School?

For soccer players, there are two distinct routes which one can be picked up at the professional level, and it often depends on where you are going to apply to in the first place how you will manage to get in. For most MLS Teams in the United States, for example, there are tryouts that are more or less open to the public. To go to one, simply check the team’s websites for any open try outs, and register early for them. This usually involves paying a fee to enter. Then, show up at the designated place and simply perform well, be of the minimum age and proper gender for the team. If you’re good enough, you get picked up.

For many other places though, the selection process is more one of grooming than anything else. Many players start off in school, whether in elementary or slightly further on. Then, they tend to get some manner of scholarship due to play or enter into a minor soccer league which is more often than not used as a recruiting pool for the team. Lastly, they go through a try-out process and are picked up. This can then lead to league swaps where the player can play for multiple teams throughout the world to maximize their earnings, fame, and skill.

Lastly, there are several what are called “Soccer (or MLS) Academies” which take those who show a lot of potential and put them into development cycles until such time as they can perform to a standard that a team wants. To get into these, are often annual tryouts and even a more formal interview process. For this, involvement in soccer at a local or regional level can be beneficial as a foot in the door. As a last ditch effort, you can also try to beat an MLS player in a pick-up game, if you’re both so inclined. While rare, it has worked at least once in the past.