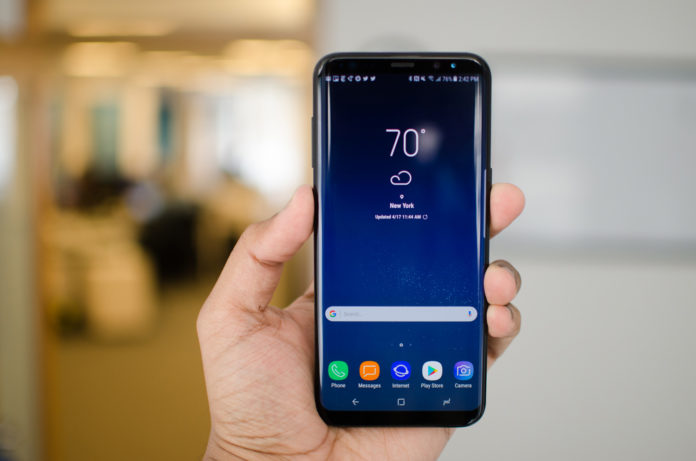 For several years, the Samsung Galaxy has become one of the most popular Android phones on the market. With a great design, plenty of power and a number of features that have made it unique, the Galaxy is often compared to the highest quality phones of both Android and iOS . For many though, the idea of security has been an ever growing concern. While not as popular as they should be, android firewalls do exist and will become an ever more important part of your smartphone. Here, we examine some of the best firewall options for Samsung Galaxy smartphones.

Starting off our list is a very popular antivirus program for Galaxy phones and androids in general. 360 Security has had over 100 million downloads and a high rating, due to primarily the sanning features which look over nearly every file to insure nothing is infected. 360 Security Boost also allows for some real time protection, and anti-theft features. There’s also a very handy app lock program which can ensure that the contents of your phone aren’t seen by those you have no intent of sharing them with. In terms of price, this app is a great deal, as it is free and does not have a premium lock on any current features. 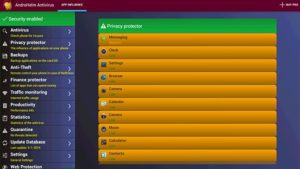 Next up is AndroHelm, which can go for about $2.60 a month. Much like a standard computer’s antivirus, the security suite of AndroHelm has backup, scanning, and quarantine. Of particularly handy use is the remote delete function where you can delete items from your phone if it goes missing or is stolen, which can be a good last-ditch option to ensure no sensitive data is taken from you in case you lose track of your device. If you don’t need such an extreme option, there is also a remote block option. It’s a little messy in terms of menu displays, but in this case function goes well above form, and AndroHelm functions well as an antivirus for a Galaxy. 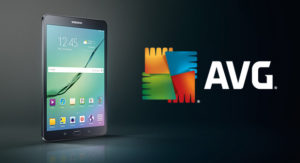 For a bit more than the previous option, a more well known name can protect your phone from month to month. With a subscription cost of $4 a month alongside a free trial is AVG. Acting more as a phone management program, and thus having a few redundant programs for the experienced Galaxy fan, AVG still offers what you need if you’re a novice or need security. With the standard device scanning and real-time protection, AVG also has call and message blocking, as well as a task manager which can monitor some processes and performance. For those who chip in a bit, AVG offers remote wiping and anti-theft tech, and it’s pretty clean in appearance, resembling its desktop counterpart quite nicely. 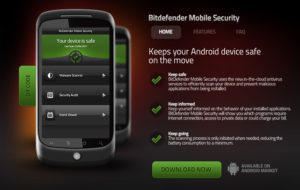 Often a name featured in articles looking to take care of ransom ware, it can surprise some that Bitdefender also has a mobile app which is well suited to the Samsung Galaxy. What isn’t a surprise is that it is an exceptional, no frills, no cost app which can take care of business without bogging down your phone. Focusing on scanning and cleaning, it can regularly monitor app downloads and functions for weird patterns or actions, and can keep you safe from other threats. This does mean however that anti-theft and other such features don’t really exist with Bitdefender, so it can handle the virtual threats so long as you can handle the physical ones. 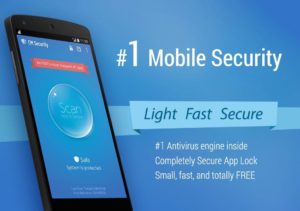 Some years ago, before the Galaxy really rose to prominence, there was only a handful of antivirus programs available for phones. Even then, for a time CM Security was one of the only free one worth the time to download. While still free, CM Security has had more updates over the past few years to really make it a great choice. Its scanning capabilities regularly test out extremely high, and it also carries multiple anti-malware features which are quite handy if you encounter an odd program or app. The app lock on this program is innovative as it also has a fingerprint lock, though there’s no telling exactly how effective this method is from a physical security standpoint. The best part? It offers all these features with a small download size. 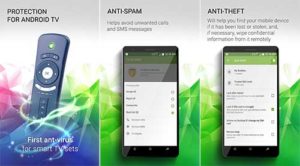 Another subscription service, this time at about $10 a year, Dr Web is a bit of a wild card entry that’s turned out to be remarkably promising. Coming along with firewall support, full scanning and real-time monitoring of your phone, it can also handle cloud computing and storage options which have gained popularity over the past year. It also has a spam filter which can be great if your inbox is being flooded with such things, and you have one of the wider arrays of anti-theft tools at your service with this antivirus app. These include the standard remote locking and wiping, as well as a custom messenger. Unlike many of the antivirus apps here, it offers not one but two scanning types to detect even more threats should they appear. 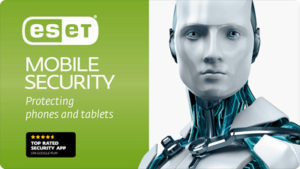 It’s rare that a Security program of any kind is claimed to have a 100% rate of finding malicious files, but Eset did just that several years ago. Currently, we can’t state exactly the rate it is accurate, but we’re confident that it’s at least in the high 90th percentile. Offering both a free or a $10 a year option, both are fine options if you just need the basics and excellent antivirus for your galaxy phone. Updates are frequent to this app, which is in fact a good thing as it means Eset can handle the newest threats in the shortest amount of time. While some of the advanced settings can be unneeded, it’s overall a fantastic program and just shy of our top 3 this year. 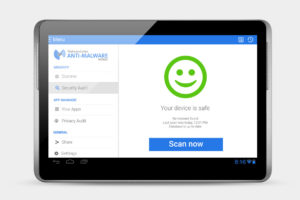 If you’ve seen any of my previous articles on security or how to work around being infected by anything save ransom ware on a PC, you’ve likely seen me reference Malwarebytes at least once. It’s a personal favorite of mine on my laptop, and I’m happy to see that the mobile app has now started living up to the image of its older brother. Like some other options on this list, Malwarebytes has kept to the K.I.S.S. principle (Keep It Simple, Stupid) and focused on three key factors: viruses, malware and spyware. This allows the app to run with incredible efficiency on what matters, without causing any lag even on the oldest of Galaxy’s line. This is great if you have a lot of power hungry or processor heavy apps, as this one is a mere power sipper compared to the more fully featured options around. And for free, it’s definitely worth a try. 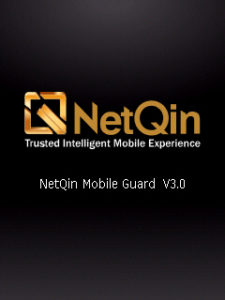 This is one that would likely be missing from many a list, as it’s not from a particularly huge developer and hasn’t quite made the rounds of the Android world yet. But that’s a shame, as NetQin is really a winner of a security and antivirus program, especially for the Samsung Galaxy. The real time protection features are excellent, as is the scanning (though maybe not as robust as Malwarebytes and Eset) and it offers safe browsing, a feature sorely lacking in most of these apps. App scanning is a strong suit for this app, and can really shine in this aspect, especially with a rooted or jailbroken device. For this reason, it’s made it to runner up.

Coming in as the winner of the pack of Antivirus programs for the Samsung Galaxy series of phones is Lookout, which has been an incredibly popular choice to cover smartphones. Part of this is because it’s usually included in many T-Mobile phones preinstalled (if you have the service and phone of course). But, just because it’s a preinstalled app, don’t count it out as bloatware. Lookout allows for many of the same features of many paid apps, without the cost. Unless of course you want to expand these features, which can cost about $3 a month. With ease of use, ease of installation and how robust of a program it is for dealing with malware, Lookout is a solid choice, and our top choice for Samsung Galaxy smartphones.

Do you have a favorite Galaxy antivirus that didn’t make the list? If so, feel free to comment it below and we will examine it for an updated list.