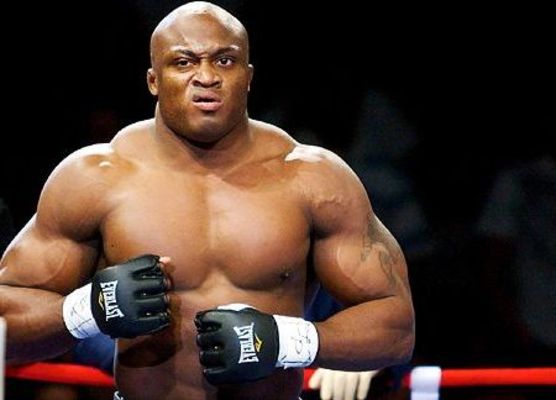 Any fan of wrestling can tell you about Bobby Lashley, who is for all essential purposes a different Brock Lesnar. Slightly smaller than his counterpart but no less talented, Bobby Lashley is one of the more prominent names in the wrestling and mixed martial arts world. Who is Bobby Lashley, and where is he today? Read on more to find out about the history of Franklin Robert Lashley, and maybe you will find yourself catching some of his Bellator fights.

Bobby Lashley had a simple life growing up – sure, he attended Missouri Valley College and proceeded to not only win three national collegiate amateur championships for wrestling (1996, 1997 and 1998) and graduate with a degree in Human Agency Management, but he also eventually went on to become the National Association of Intercollegiate Athletics champion for pro collegiate wrestling. After his championship escapades, Lashley eventually went on to join the United States military in the Army branch. Lashley even had hopes for entering into the olympics as a collegiate wrestler, but through a strange twist of fate, suffered a serious knee injury. This knee injury came about when Lashley was at a bank working with his finances, but Lashley was fortunate to be in the right place at the right time as he disarmed the robber and held him until the police came. This ended his Olympic hopes, but he soon turned his eyes towards the professional wrestling world.

In 2004, the same year that he injured his knee, Bobby Lashley signed to a developmental contract with the WWE for their development camp. Lashley sprinted through the developmental process and eventually began appearing on matches for WWE brands before debuting in September of 2005. Within the first year of being present on the main WWE roster, Lashley quickly became the United States Champion, which is considered the secondary title of sorts. Still, Lashley showed his skills and promised to be a unique superstar for the WWE.

Lashley held a high profile throughout his first year on the WWE roster where he engaged in feuds with other high profile names like Booker T (who was operating under the “King Booker” gimmick at the time, complete with his own ensemble), “Fit” Finlay, and John Bradshaw Layfield, better known as JBL who still currently serves with WWE in an announcing/commentary capacity. Unfortunately, in early 2006, Bobby Lashley was found to have elevated enzymes of his liver (indicative of a possible illness such as diverticulitis which sidelined Brock Lesnar in the UFC) and would be removed from the active roster for some time.

when he re-emerged on the newly revived ECW brand, where he signed a contract to enter into the last spot of the approaching “Extreme Elimination Chamber” match. He would beat out the other 5 men and eventually win the title, marking him as the first-ever African American to win the title under the ECW brand name. Things became even more interesting for Lashley as he was championed by billionaire Donald Trump to go up against Vince McMahon.

The “Battle of the Billionaires,” as it was called, was a high profile match featuring some massive names in the sports entertainment business. Donald Trump championed Lashley, while Vince McMahon championed Samoan destruction machine Umaga (who is unfortunately no longer with us) in a “Hair Vs. Hair” match, which was refereed by Stone Cold Steve Austin – an absolutely huge match. Umaga was undefeated at the time and had even run through names like John Cena and Batista, making him out to be an incredible unstoppable force. Lashley won the match, which resulted in Vince McMahon having his hair shaved by Donald Trump. In the post-match celebration, Lashley, Steve Austin, and Donald Trump were celebrating with a patented “beer bash” before Steve Austin eventually delivered his signature Stone Cold Stunner to both Donald Trump and Bobby Lashley.

ECW would not last long and eventually would be shuttered in 2008, and Lashley was brought back to the Monday Night RAW show. He would seemingly drift and float for a bit between segments and feuds, but in the end, he eventually was released from his WWE contract. After his release, he would go towards the independent wrestling circuit and perform in different promotions, including the famous Mexico-based promotion AAA, World League Wrestling, and Fusion Pro Wrestling. Lashley eventually signed to a contract with WWE’s competitor, Total Nonstop Action (now known as Anthem’s Impact Wrestling). Lashley would appear as a “bad guy” for the first time ever, aligning himself with Bubba Ray Dudley’s “Main Event Mafia” group.

Around this same time, Bobby Lashley had revealed that he had plans to enter into the MMA world, and the owner of TNA Impact at the time, Dixie Carter, stated that they had plans to make him the first ever simultaneous MMA and professional wrestling champion. Lashley would eventually request for his release from TNA and go towards the independent circuit once more, but he also began his training as an MMA fighter.

In 2009, Lashley would have his first-ever MMA match in the Mixed Fighting Alliance inaugural event. He won his very first fight ever with a knockout in just 41 seconds into the first round. His second fight, against Jason Guida, would end in a judge’s decision, which Lashley also won. Lashley continued to other promotions, including Strikeforce and Titan Fighting Championship. Unfortunately, Lashley showed signs of very weak cardio training all throughout his MMA career, which is the only thing that held him back.

Lashley would return to TNA once more in 2014 after having numerous MMA fights under his belt. He returned as a “bad guy,” complete with a new sweatband that quickly became his signature item, and would rise again to stardom by winning the TNA World Heavyweight Championship. TNA Impact would undergo a brand revision in 2016 and be named to “Anthem’s Impact Wrestling,” and on the premier of the rebranded wrestling show, he would defend his title against Alberto El Patron, which he won.

Dixie Carter’s plans for Bobby Lashley came to fruition at this point, as well. Bellator MMA is owned by the same parental company that is a majority owner of TNA/Anthem (or was, but for all-intensive purposes, Bellator and TNA are still on very good terms with each other) and Bobby Lashley had announced that he had signed with Bellator. He would simultaneously compete in MMA and professional wrestling, making him a super athlete. In September of 2014, Lashley would have his first fight under the Bellator banner, where he won in the second round via a submission. Since then, Lashley has gone on to fight 5 different times under the Bellator banner and has shown no signs of slowing down. His last fight was on October 21, 2016, which Lashley won via submission in the second round.

As mentioned above, Lashley graduated with a degree in Human Service Agency Management, and in 2007 he would eventually open a shop that sold health smoothies. From there, he eventually founded his own internet network which comprises of his official gym, a nutrition store, and his own personal networking website. Since then, he has opened a new gym in Denver, Colorado named “American Top Team Altitude” which serves as a weightlifting gym and also houses MMA events.

Bobby Lashley has also appeared in a variety of media, including a WWE-focused special episode of Deal Or No Deal, numerous movies such as “Beatdown,” “Rush Hour,” “Blood Out” and “Walk-Ins Welcome.”

Since then, Bobby Lashley has been more than happy to continue doing his own thing in the world of mixed martial arts and professional wrestling. Lashley is still signed to both Bellator MMA and Anthem’s Impact Wrestling, where he can be seen on nearly a weekly basis. He has had numerous title reigns in Impact Wrestling, and is preparing for his next fight. Lashley should be fighting at an upcoming Bellator card, which will be incredible for him – Bellator just signed ex-UFC veteran Mike Goldberg and famous combat sports announcer Mauro Ranallo (who was with the WWE for a few months before he was bullied out by John Bradshaw Layfield), which means the brand is being revitalized and Bobby Lashley can serve as a definitive force in that.

Lashley has announced that one of his major goals as an MMA fighter and a professional wrestler is to fight with Brock Lesnar, as these two men are two of the most prominent names from the WWE that have had successful MMA careers. Whether this will ever happen remains to be seen, but the truth is that Lashley has built a name for himself as an absolute powerhouse and has the skills to back it up. Bobby “The Dominator” Lashley is currently 15-2 as an MMA fighter, with a majority of his wins coming from submission victories. He fights in the Heavyweight division of Bellator.