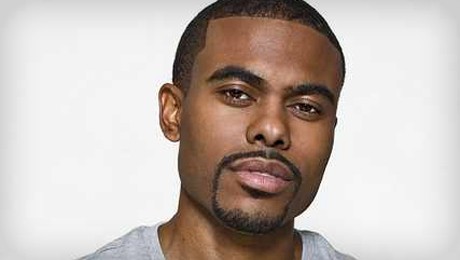 Lil Duval is a comedian, rapper, and actor based in Atlanta, Georgia. His comedic career has spanned nearly 2 decades. He is a series regular in the MTV2 shows Hip Hop Squares and Guy Code. He also appears in music videos for famous rap artists. He has also acted in seven films, his most recent being the 2017 comedy Grow House. He also is the owner and creator of RichBroke clothing.

How Did Lil Duval Make His Money & Wealth?

The career of Lil’ Duval has spanned nearly 2 decades. After Lil Duval graduated First Coast High School in Florida, he relocated to Atlanta, Georgia. He quickly meshed into the local comedy scene and gained a large following. The connections he gained from his performances helped him gain many connections to various industries.

Lil Duval is also a very influential figure on social media, especially with the African American demographic. He has a large following on Instagram, Twitter, Facebook, and even Snapchat. He has coined several popular phrases and memes including the expression “basic bitch”. He is also responsible for the controversial #itaintrape hashtag on Twitter.

How Did Lil Duval Get Rich? 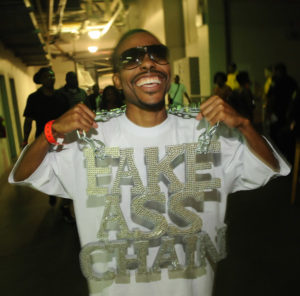 Lil Duval was born in Jacksonville Florida on June 12, 1977. His real name is Roland Powell. He attended First Coast High School. In an interview with the Breakfast Club, Powell stated he had always been popular with other people.

After graduating from high school, Powell relocated to Atlanta, Georgia. He quickly meshed into the local comedy scene and started to build a large following. He adopted the stage name Lil Duval as an homage to his birthplace of Duval County, Florida. As his following grew, he became a regular performer at many local comedy clubs, including the Uptown Comedy club, Atlanta’s staple.

In 2001, Cedric the Entertainer’s road manager approached Lil Duval after a performance in an Oakland Bay Area competition. The manager thought that he would be good fit for the upcoming Budweiser comedy tour, which featured Cedric and four other comedians. Cedric was pleased with his performance and subsequently invited him to perform on his TV show Cedric the Entertainer: Starting Lineup.

With the help of some talented friends, Lil Duval released his first independent underground comedy feature DVD, Dat Boy Funny. Released in 2003, the colorfully funny DVD featured him and several other upcoming comedians in a series of sketches and parodies. Dat Boy Funny was generally well received. The DVD’s success helped Lil Duval become a regular performer for three seasons of BET’s ComicView shortly after in 2004.

Lil Duval released his 2nd comedy DVD, Put Your Hands on Me in 2005. Later that year, he played a minor role in Three Six Mafia’s independent film, Choices II: The Setup. He also appeared on several several skits in the movie and on its soundtrack. That same year Lil Duval was a finalist on BET’s comedy competition series Coming to the Stage.

In subsequent years, Lil Duval portrayed characters in several minor film roles. Although he had many opportunities for leading roles in comedy films, but turned them down. Lil Duval played Keith in Clean Up Man in 2005. He took a brief hiatus from film after that performance, but resumed after a few years. When he returned, he was cast in Stomp The Yard 2: Homecoming (2010), Highway (2012), Scary Movie 5 (2013), School Dance (2014), and Meet The Blacks (2016).

When he was not acting, Lil Duval was performing at comedy clubs and in music videos. He has appeared in over 20 music videos for artists such as T.I., Snoop Dogg, and Young Jeezy. He also began to appear on MTV’s Hip Hop Squares and Guy Code. After his film hiatus, Lil Duval starred in the film Grow House, released on April 20th, 2017. The movie is Lil Duval’s most ambitious project yet, and features several other actors and comedians. 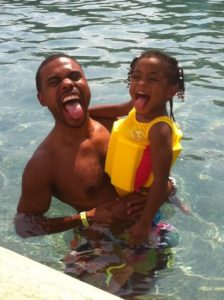 Although Lil Duval is successful, he prefers to keep the details of his private life hidden from the general public. He currently resides in Atlanta, Georgia. He drives a Tesla Model S.

The comedian is very close to his parents. He also has a younger sister, Rolanda Powell who has helped produce some of his films. He also has a daughter and loves being a father. He is good friends with breakfast club host Charlemagne Tha God.