Rice Gum Net Worth 2018 – How Much He Actually Makes 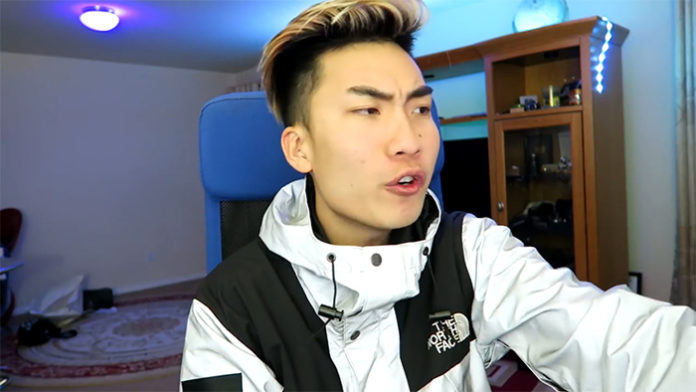 Youtube personality RiceGum rose to fame after he uploaded the comedy video, These Kids Must Be Stopped in 2015. An avid gamer, he began posting gaming videos online in his early teens. Over the next few years, he regularly updated his channel with new content, however it wasn’t until 2015 that he garnered widespread attention online.

That winter, RiceGum posted the first of his These Kids Must Be Stopped series, a video in which he criticized and ranted about several internet celebrities. Quickly viral on social media, it brought him a considerable amount of attention on the web.

Since then, he has released countless videos through his Youtube channel, most of which are satirical skits. Widely popular, the comedic star has since amassed over 5.7 million subscribers.

How much has the 20-year-old earned over the past years through his online fame? According to various sources, RiceGum currently has a net worth of $700,000. What are his different sources of income? Let’s find out.

How did RiceGum Make His Money & Wealth? 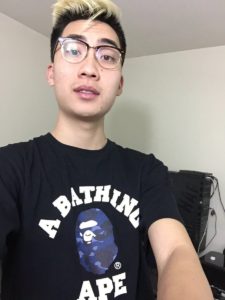 Born on November 19, 1996 in Las Vegas, California, RiceGum (Real Name: Bryan Le), spent much of his free time playing video games as a teen. As a student, he went to Sierra Vista High School, from which he graduated from in June 2015. Ultimately, it was while he was there that he began uploading videos onto Youtube. After graduating, he went to the University of Nevada, Las Vegas; however, he later decided to drop out in lieu of pursing a career online.

Eventually creating his own Youtube account in the early 2010’s, he started to record videos of himself playing Call of Duty, a popular first person shooter game, which he later posted online. The first video to ever hit his channel was one of Modern Warfare 3, titled “Lifestory:Babysitting:Ricegum”.

Continuing to grow his channel, RiceGum gradually added more videos with time. Around that same time at the beginning of his career, he also streamed Call of Duty on Twitch, during which he amassed over 180,000 followers and 1.5 million views. At one point, he even collaborated with popular social media personality, Mia Khalifa. Despite his popularity on the website however, his account was later terminated after having allegedly “violated their Terms of Service”.

In November 2012, he expanded his audience after joining a global gaming network on Youtube called Machinima.

Ultimately, it wasn’t until 2015 that the Youtube hit it big with his video, These Kids Must Be Stopped!. Originally uploaded on December 8, 2015, the video saw him ranting about a number of child web-stars, including Loren Beech, Jacob Sartorius, and Hunter Rowland, whose videos contained sexual connotations. To get his point across, RiceGum even enacted how his own mother would react to said content.

Incredibly successful, the video quickly became a viral sensation on social media, earning millions of hits within a short time frame. Largely responsible for bringing him into the public’s eye, These Kids Must Be Stopped! has since been viewed over ten million times on Youtube, making it one of RiceGum’s most popular uploads on the site. In response to his video, many web stars also posted reaction videos on Youtube, which only heightened his popularity.

Since his rise to fame, RiceGum has uploaded countless videos to his account, most of which are satiric in nature. Due to the “dissing nature” of his content, his work has sparked controversy online over the past years. For instance, he once criticized ten-year-old singer, Alabama Parker in a video blog, stating that her actions were age inappropriate; he later criticized her upbringing in the video- this led her parents to get the video removed from Youtube entirely.

Most widely known for his “diss tracks”, some of his most viewed titles include those for Pankvsprank, Maddie Ziegler, Jacob Sartorius, and TheGabbieShow. While these videos have gotten millions of views however, his diss video for Gabbi Hanna recently sparked another bout of controversy, after she posted a video claiming that RiceGum had physically assaulted her and destroyed her mobile phone. As a result of this, RiceGum’s subscriber count fell over the next few weeks. In response to her claims, he later stated that while he did in fact, “trash her cellphone”, he did not physically hurt her.

Nonetheless, his fanbase across the globe has only grown larger with time.

Some of his most popular uploads to date (other than These Kids Must Be Stopped!) include: I Mailed Myself in a Box and It Worked (Human Mail Challenge), Baby Ariel Roast Me!, Jacob Sartorius Roasted Me Again, and Jesse from PrankVsPrank and Andy Milonakis Roast Me. Combined, these videos have amassed close to 60 million views.

Let’s take a closer look at his Youtube statistics- since her created his channel in September 2012, RiceGum has achieved 5.7 million subscribers and more than 569 million video views. Surely, with these kind of numbers, he’s capable of earning some handsome checks from Google? So then the big question is, how much has the Las Vegas personality yielded from his success on Youtube over the past five years?

To answer this, let’s discuss how the advertisement program works on Youtube. For every 1000 monetized views, a user can earn anywhere between $2 to $5 dollars, depending on their content and account. Just as a rough estimate, 569 million (e.g. his lifetime video views) works out to be a little over $1 million- obviously, his take home amount would be less, but it’s still an impressive numerical nonetheless.

Aside from his main channel, he recently also started a secondary account called RiceGumExtra, in which he posted his personal vlogs. Although it’s not as popular as his primary account, its subscriber count has since reached 1.3 million; so far, his vlogging channel has 33.8 million video views. While his vlogs are easily capable of breaking 1 million views each, RiceGum hasn’t updated the channel since November 2016; ironically, his last upload was that of Starting Daily Vlogging Again.

Just a couple of months ago, RiceGum released a diss track called, I Didn’t Hit Her which he posted onto his official Soundcloud account. Since then, it has been played over 3.12 million times on the music-streaming website, a tale telling sign of his rising popularity. Although his Soundcloud account is relatively new, he has managed to already amass over 27.8K followers on the platform.

For his fans, the Youtube personality also created a Shopify store, in which individuals are able to purchase T-shirts of various designs. Currently, three of the five products, all of which have a price tag of $25, available are sold out.

From everything that we’ve discussed above, it can easily be seen that RiceGum earned most of his net worth from his Youtube Channels. Seeing that he has hundreds of millions of views across all of his videos, he easily earns a few thousands online from ad revenue alone- even after Google’s cut, the Las Vegas native is left with a sizeable amount for himself. How many twenty somethings do you know are capable of earning that kind of money- passively?

Currently, it is estimated that RiceGum has a net worth of $700,000. Sure, it’s not in the millions per se, however it’s still a large amount that he’s earned from just a few years of video-making. Assuming that he carries on with his Youtube Channel, it’s highly probable that this number will go up in the future. Who knows, he may even break into television at one point, as many prior Youtube stars have done before him.

No, the Youtube personality is not married. Just recently this year, he confirmed in a video that he owes in fact, not have a girlfriend- he later attributed this to his “ugly” looks. Having said that, we wouldn’t be surprised if he started date sometime in the near future.

Does RiceGum Have Any Children?

No, RiceGum does not have any children that we know of.

Where Did RiceGum Get His Name From?

The social media sensation chose “RiceGum” to be his online pseudonym in the fall of 2012, after which he started to upload a series of diss track videos onto Youtube. Unfortunately, he has never explained the meaning behind said moniker, so fans are still left wondering.

Did Rice Gum Go To College?

Yes, RiceGum went to college at one point. After finishing his studies at Sierra Vista High School in 2015, he attended the University of Nevada, Las Vegas. Before completing his bachelor’s program however, he dropped out to continue his Youtube career full time.

Where Does Rice Gum Live? Pictures of Rice Gum’s House

Unfortunately, we do not have any details regarding his current residence. What we do know as of 2017 however, is that he resides in Nevada, with his parents.

While he’s expressed that he’s happy about not having to pay rent, he recently announced in one of his videos that he is pondering the idea of moving out. At one point, he even showed fans some places that had peaked his interest.

What Kind of Car Does RiceGum Drive?

Around the same time as when he first announced that he was considering moving out, Ricegum also stated that he was planning on getting a new car. It was later revealed that he had purchase a white Mercedes S550.

Since he first joined Youtube back in 2012, RiceGum’s following has steadily grown and surpassed the 5.7 million mark. Across his hundreds of videos, his channel has also managed to amass over 569 million views- on his primary account alone.

Despite the controversies that some of his videos have sparked, the fact remains that he’s become one of the most prominent stars on Youtube. Reportedly, his channel averages close to 700,000 views every day.

From his online endeavours alone, he earns well over $1000 a day- we’d say that that’s an impressive accomplishment in itself.

As mentioned above, RiceGum recently found himself facing some legal action after “physically assaulting” Gabbie Hanna. According to her, he had hit her in the middle of a party which led her phone to be shattered. Following the assault allegations, Youtube has been viewing RiceGum’s account, however nothing has come out of it so far.

Aside from that, he’s just been uploading videos onto his Youtube channel as normal. Just a few days ago, he released a new diss track, one that entered around Jake Paul.