Artistic Stitch Update – What Happened After The Profit

Artistic Stitch Before The Profit

Artistic Stitch is an interesting company based in Queens New York. The owner Sal Loretta decided to turn the embroidery company into a weird conglomerate of businesses. The revenue that they earned was up to $2 million, most of which they made by selling customized hats and T-shirts. Sal, using his own savings, bought a warehouse and built it out. That warehouse was turned into a restaurant, a sign company, and the sports complex. All of the businesses were owned by Sal. The new businesses were not turning a profit. Artistic Stitch was over $1.5 million in debt.

Artistic Stitch on The Profit 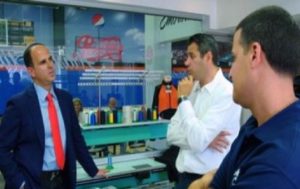 Marcus visited the Artistic Stitch Sports Complex and was very confused. He introduced himself to Sal, the owner, who explained about the other businesses, and his debt issues. Marcus walked around and talked to the other employees. He could sense that everyone was feeling the strain of the string of businesses not being profitable. Marcus sat down with Sal and Niccolo to discuss their financials. He saw that with the operating expenses of all the other businesses, the profit went down from $900,000 to just $100,000. Marcus discovered that they were over $600,000 in debt to outside vendors. They were $140,000 short per year. Marcus discovered that Sal was neglecting his personal bills in order to pay the employees and keep the place going.

While sitting down at the table while sitting down at the table with Sal and Nick, Marcus discovered that the real play behind Sal’s scheme – the building. The building was worth $3 million more than Sal paid for it. Marcus pointed out that the debt that they incurred with this real estate play was like high-stakes poker with Citibank and Chase. Marcus wanted to invest in small businesses, not real estate. He said that it was not something he was interested in. Marcus wants to know that Sal was equally as committed to fixing the business. Marcus wanted 50% of the business and full financial control.

Sal agreed to the deal, but he did not seem enthusiastic about it. Marcus wanted to offer 10% of the business to Fabio, who has been there from the beginning running the embroidery business. Sal agreed. Marcus wrote a check for $660,000 in order to pay off the businesses debts. He met with the employees to inform them about the new deal. Marcus let them know that he would be 100% in charge. Marcus let them know that they need to make bigger sales with the embroidery business since that was mainly making the most money. He suggested that they acquire some corporate accounts. He announced that they would not be distracted by things that would cost the money and distract them from their plan.

Marcus asked Nick, who was the sales manager, how they got their clients. Nick told him that the used Yellow Pages.com, and looked to Sal to give more information. Marcus targeted Nick for all his sales related questions. Marcus wants to know what their biggest accounts were, and Nick was unable to answer him. Sal admitted that he paid in salary instead of commission. Fabio was able to answer all those sales questions in detail. Nick admitted that he never pitched two big companies, but didn’t want to hire salespeople to do so.

Marcus brought Nick to a local business in order to get a feel for his sales pitch. Marcus quickly understood that Nick did not understand the basics of selling. Nick went immediately into “hey do you want to buy some things” instead of asking about the business. He lost his nerve in front of both Marcus and the client. He started to run sentences together and even cursed. Marcus took over, and asked about the fire company, and asked about relationships with other fire companies.

Marcus took Sal aside to tell him about Nick’s performance at the firehouse. He said that Nick didn’t understand the basics of the sales presentation, and so some changes would have to be made. Marcus put on 100% commission plan that would be based on what he sold. Marcus said that he would give all the resources that he needed in order for him to succeed.

Marcus then started to map out what he wanted the business to look like. He wanted to eliminate the businesses that were creating drag, and expands the embroidery and silk screening business. Marcus also wanted to expand into a retail clothing line.

Marcus saw something weird in the financial statements, so he had Giovanni, who was the accountant, print out all of the credit card statements. Marcus pointed out that there was a bunch of charges from Target when Sal had told him that the credit cards were construction debt. Sal admitted that he and his wife had used the business credit cards for personal use. Sal asked Marcus what the big deal was, and Marcus had to explain to him that he had entered into the deal believing it was all business debt. He did not agree to finance their personal debt repayment.

Marcus said that he had a problem with the inconsistencies in his numbers. Marcus said that he understood that Sal was under financial duress. What Marcus had a problem with was that Sal had lied to him. Marcus was willing to give them another chance, but Artistic Stitch was close to losing their deal. Marcus brought in graffiti artists to decorate the building with a little local flavor from Queens New York.

Marcus brought in graffiti artists to decorate the building with a little local flavor from Queens New York. Marcus spent the money on a machine that would allow people to come in and design their own silkscreen products. They also set up a design center. The whole place looks much better.

Marcus discovered that Artistic Stitch was actually in arrears by almost $150,000 in rent and back taxes. He set an appointment to meet the landlord, who was also concerned that he was being lied to by Sal. Marcus said that he was running out of patience. Since he wasn’t getting straight answers from Sal, the landlord was able to give him a clearer story. The landlord told Marcus that Sal didn’t even have a certificate of occupancy for the building. The landlord stated that he now had a summons to criminal court because Sal never fixed what he needed to in order to get the certificate of occupancy.

Marcus discovered that Sal didn’t really have the authority to make the deal that he made. Sal said that Artistic Stitch was actually using the old certificate of occupancy. Marcus informed Sal that the landlord wanted to terminate his right to buy the building. Marcus asked to see the notice about the court order regarding the fire alarm. Marcus informed Sal that the landlord could go to jail based on his decisions. Marcus put Sal in charge of figuring out how to fix it.

Marcus informed Sal that he could deal with bad news, but he needed Sal to be honest with him. He let them know that the numbers don’t lie. Marcus was able to transform the lobby of Artistic Stitch into a retail store called Queens Vibe. They were able to land several large clients such as AT&T. Marcus ended up spending over $100,000 extra for the renovations. Marcus thought that they did good work, but he wasn’t totally satisfied with the progress. Let’s see how they did after their episode aired.

Artistic Stitch Now in 2018 – The After ‘The Profit’ Update 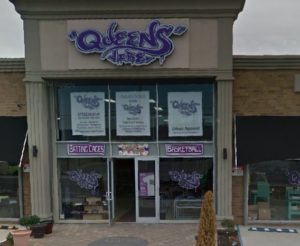 Even though the episode ended with Artistic Stitch still having a deal, the update episode revealed that it did not last long. Once Marcus was no longer making regular visits, he came back to discover that Sal did not use the money to pay the landlord, but he and Nick took a salary that was not originally negotiated. The deal was off. While the business is still open, they are no longer listed on Marcus’ website.

Meanwhile, the company has expanded into even more areas. They brought back the basketball court and installed a rock climbing wall. The Artistic Stich website for their Sports Complex advertises Bubble Soccer and basketball summer camp. They also have branches of Artistic Stich web design, and well as a sign division which produces vehicle wraps and magnets. It looks like they listened to Marcus’ advice, and went in the complete opposite direction.

It seems like they are doing well even without the direction of Marcus Lemonis. Somehow, they still have the building despite the update episode claiming that they hadn’t paid rent in three years. They have sold over 300 Groupons for use of their rock wall and batting cages, and the reviews on there appear to be mostly positive. The reviews of the Artistic Stitch Sports Complex on Facebook are more mixed. There are several that accuse the business of being scam artists, and not paying their bills.