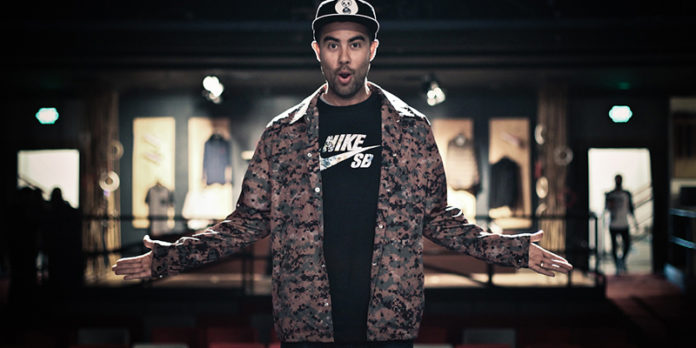 Professional skateboarding has been called the original ‘School of Hard Knocks’ and seen its fair share of wannabe stars who skyrocketed and crashed in under 18 months. On the other hand, pro skaters like Eric Koston have the extreme talent, industry savvy, and networking skills to make it big and take it all the way to the top. Eric’s career has been nothing short of a literal Cinderella story of skating to riches but where is he now and what’s he been up to for the past few years? 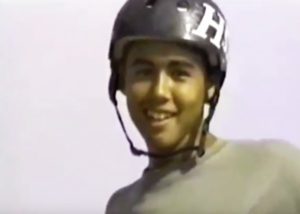 Born April 29, 1975 in Bangkok, Thailand (coincidentally in the same hospital as fellow skating star Alphonzo Rawls), to an air force father (Bob) and Thai mother (Wanida), Eric grew up in San Bernardino, California after returning to the US when he was only 9 months old. In the 1980’s, skateboarding was beginning to hit mainstream pop culture, evolving from its counterculture 1970’s roots and in 1986, at the age of 11, Eric began skating when his older brother Chris gave him his first skateboard. He later attended a speciality skate camp in Michigan where met the 2-time world champion skater Eddie Elguera. There was no denying that Eric had a natural gift on the board and after dropping out of school in 10th grade, had a bright future in the rapidly growing world of extreme sports. 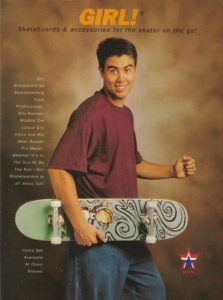 Eric picked up a lucrative sponsorship from the H-Street company in 1991 and turned pro in 1993, leaving H-Street for a spot on the Girl team, beginning an over 20 year association with the team and with Girl Skateboards. In 1996, he co-founded Fourstar Clothing with fellow skater Guy Mariano, a brand that would thrive for over 20 years. He then went on to place 1st in the Summer X Games and be named Thrasher Magazine’s ‘Skater of the Year’ (and would again in 2001). A skilled street skater with his trademark goofy stance, Eric was described as fearless, taking the risk of testing new combos and tricks during competitions. His signature trick, the K Grind (K for Koston), is a variant of the Crooked Grind with the tail of the board angled away from the trick rail, creating a rubbing grind against the nose.

Everything was about to change, however, because 2000 has been described as the year Eric Koston ‘stole’, with a World Championship win, wins at the X Games and Gravity Games, and association with the éS Footwear brand. He was at the bottom of the ramp and picking up speed, with nowhere to go but up.

The early aughts were golden years for Eric as the wins were seriously starting to stack up: TransWorld Skateboarding Best Video his role in the éS video Menikati (a return to Bangkok, the city of his birth), gold in 2002 at the Gravity Games (Street competition) and gold in 2003 at the X Games (Street). Photogenic and at ease in front of the camera, he was a popular staple of staking videos with both Girl Skateboards and éS, starring in several and placing him at the epicenter of a growing online video-sharing community that would become YouTube. He had a role in the iconic Jackass: The Movie in 2002 (he would also feature in the 2010 release Jackass 3D). In 2005, as the lead skater with éS, Eric’s Game of S.K.A.T.E went international, with over 20 competitions worldwide and making his name a household word. In fact, it was 2005 that Thrasher Magazine listed him as one of the ’15 Most Loved Skaters of All Time’. 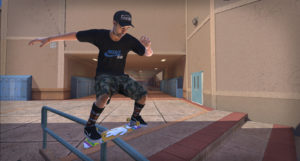 Eric’s fame wasn’t limited to professional skating or merchandising as he starred (and voiced himself) in several video games including the legendary Tony Hawk’s Pro Skater (2, 3, 4, and HD), Tony Hawk’s Underground (1 and 2), and the Skate franchise (Skate It, Skate 2, and Skate 3). After breaking with éS, Eric joined up with Lakai but was only with them for a short time before departing for a place on the Nike SB team, an incredible career more that culminated in his own signature shoe model, the ‘Eric Koston 1’. As the decade progressed, Eric focused more on his contracts with various brands and the health of the extreme sporting culture, his last professional wins coming in 2007 when he won gold at the Tampa Pro Games (Street category) and placed 5th at the X Games (Street category). Still, the world and media were changing, moving forward into a more social media-based culture as the royalty of extreme gaming matured to nurture the next generation. 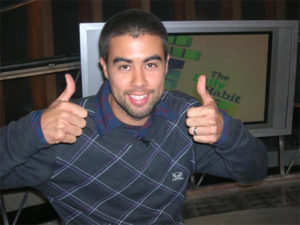 So what’s Eric been up to recently? The answer: pretty much everything! He co-owns an indoor skatepark in Los Angeles (The Berrics) with professional skater Steve Berra, as well as a website of the same name featuring helmet-capture skating videos and supporting all popular social media platforms. The Berrics has played host to countless media campaigns and brand sponsorships, including the epic ‘Battle at the Berrics’ (a professional version of Game of S.K.A.T.E., 2008-2017) sponsored by DVS Shoes. Still a darling of the camera, Eric featured in the 2013 skating documentary The Motivation, and over 55 skating shorts of various promotions over the course of his career. As The Berrics was sited as the main influence for Rob Dyrdek’s Fantasy Factory, Eric featured as a guest star in earlier episodes.

His partnership with Nike SB has continued, resulting in 2 additional shoe models named after Koston and he’s been in heavy rotation on their official YouTube channel. In November 2015, Eric broke his longest-standing relationship, that with Girl Skateboards, as he and Guy Mariano stepped away. They’d been original, founding members of the team and rode for Girl Skateboards for 22 years. While they’ve announced no new affiliation to date, rumors were swirling that Eric had been seen riding Skate Mental and WKD boards, though in 2016 he was seen riding a Fucking Awesome board in a promotion with Nike. To date, Eric still has a staggering number of sponsorships including; Nike SB, Independent Truck Company, Spitfire Wheels, Fourstar Clothing, Diamond, Supreme, Oakley, Jessup, Skull Candy, and has done promotional work for McDonald’s in 2015 (making him the first professional skateboarder to rep for McDonald’s). 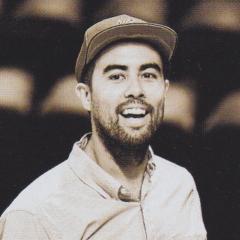 No slouch on the ramp or off, Eric boasts an impressive social media impact factor with over 750 thousand followers on Instagram, 270 thousand followers on Twitter, and while he has no dedicated YouTube channel of his own, thousands of videos of his skating and promotions over his career can be found on the video sharing site. He is an ambassador of the Saint Archer Brewing Co. (founded by Australian surfer Josh Kerr and US pro skaters Mikey Taylor and Paul Rodriguez). The years have also brought a family into his life, as Eric and his (then) girlfriend Ashlee Gaston welcomed June Marie Koston into the world on May 4, 2009. He and Ashlee then married in 2012 and to date, he has a net worth of $8 million.

Having escaped much of the chronic pain issues and career-ending injuries common in the professional skating business, Eric has come a long way from the kid learning to skate on his own driveway and the future couldn’t be brighter.