The Wayans Family Net Worth 2018 – How Rich is the Film Family Worth Actually? 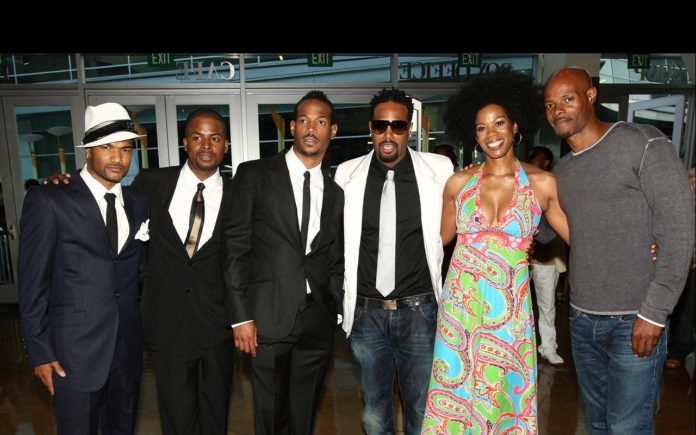 It can be extremely difficult for a family to be successful in stressful times, let alone maintain their sanity. Yet despite having the odds stacked against them, the Wayans family have become one of the most influential forces in modern media. They are responsible for creating hits such as the Scary Movie franchise, White Chicks, In Living Color and many other household names. In total, sales from films they have created have grossed over 1 billion dollars.

How did the Wayans Make Their Money & Wealth?

Parody franchise Scary Movie has been the family’s most profitable venture. The family has directed many other media staples, most of them fitting into the parody, satire, and comedy genres. Even their less successful creations have still generated substantial profit.

Keenen Wayans is the second oldest and the wealthiest Wayans sibling. He is primarily a director and writer. He is worth 65 million. Damon Wayans is worth slightly less at 55 million. The son of Damon Wayans, Damon Wayans Jr. is worth 5 million. Some of Damon Jr’s Wealth came from his roles in major films including Happy Endings and Big Hero 6</em. Marlon Wayans, who was a major contributor to the Scary Movie franchise, is worth $40 million. Shawn Wayans, the main creator of Dance Flick, is worth roughly $30 million.

The other first generation Wayans (Elvira, Vonnie, Deidre, Nadia, and Dwayne) have made various contributions to Wayans productions. Their exact net worths are unknown. The family’s second and third generations are now budding film stars. This means that the combined net worth of the Wayans family will increase even further.

How did the Wayans Family Get Rich?

The Wayans family as we know it today would not exist without parents Howell and Elvira Wayans. They were respectively born in 1936 and 1938 in Harlem, New York. The pair had ten children together:

With such a large family, the Wayans parents had to work long hours to feed their children. Howell managed a supermarket, while Elvira was a social worker. Yet despite their hard work, Howell only made $12,000 per year, with Elvira making even less.

Money was tight for the first generation Wayans, and their parents also ran a tight ship at home. They were devout Jehovah’s Witnesses. Because of their religion, Howell and Elvira did not approve of their children associating with other kids in the neighborhood. As a result, the siblings spent the bulk of their free time together. The many hours they spent with one another helped them form unbreakable bonds. Their early struggles also helped them create touching material later in life.

Despite their strictness, Howell and Elvira Wayans were endlessly supportive. Elvira’s adeptness at budgeting, paired with Howell’s work ethic and entrepreneurial spirit ensured that the Wayans made the most out of every cent. For example, Howell would pick up surplus shipments from the post office every week, and then send his children out to sell the goods for profit. Elvira would track every penny the children made.

Keenen Wayans was the second child of Howell and Elvira, and the first of the Wayans Family to achieve mainstream recognition. After three years studying Engineering at Tuskegee University, he dropped out to pursue his dream of becoming a comedian. The family wholeheartedly supported him, and his brave move inspired them to do follow their dreams too.

After his first comedy set, Keenen met Robert Townsend. Townsend showed Keenen the ins and outs of the industry. He moved to Los Angeles in 1980 per Townsend’s advice. In 1983, Keenen appeared in the film Star 80. He would later direct the film Hollywood Shuffle in 1987, which gave him enough money for the budget of
I’m Gonna Git You Sucka. Both of the black comedy films received rave reviews.

In 1990, Keenen Wayans would help produce the TV show In Living Color. The success of the show would advance both his and siblings careers. Keenen, Damon, Marlon, Shawn, and Kim Wayans all had roles in the film. The show would also help launch the careers of Jim Carrey, Jamie Foxx, and David Alan Grier. Although Fox TV was initially skeptical, the series became a cult hit among African American audiences.

By the time In Living Color was released, second oldest child Damon Wayans was already somewhat successful as a comedian and actor. Damon later appeared in the films Earth Girls Are Easy and co-starred with Bruce Willis in The Last Boy Scout. Damon would later star with brother Marlon in Mo’ Money, which he wrote. He also had roles in the movies The Great White Hype, Celtic Pride, Major Payne, and Bulletproof.

Kim Wayans landed a small role in the TV series Dream On before the release of In Living Color. She would later appear in several other Wayan’s films as an actress, but played an important role in writing as well.

The Wayans family would receive even more nationwide acclaim after the creation of the Scary Movie franchise. The now legendary parody series was primarily the brainchild of Marlon and Marlon Wayans. It was directed by Keenen Wayans. The first film alone alone 278 million with a budget of only 18 million. To date, there have been 5 Scary Movies produced, the most recent in 2013.

The success of Scary Movie granted the Wayans family much more freedom with their creative pursuits. In 2001, Damon Wayans wrote and starred in the sitcom My Wife and Kids. The film score was composed by Dwayne Wayans, the eldest of the first generation Wayans.

Keenen, Marlon, and Shawn Wayans wrote and produced the film White Chicks in 2004. The film starred Shawn and Marlon. Despite mixed reviews, the film grossed 113.1 million with a box office of 37 million.

In the following years, the Wayans would release the film Little Man, the TV special series Thugaboo, and TV series The Underground. Second generation Damien Wayans helped write episodes of The Underground. He also wrote Dance Flick in 2009. 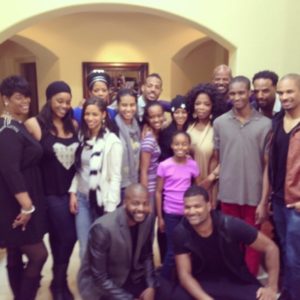 Some of the third generation Wayans are budding film stars. Damon Wayans Jr. has achieved the most success of out them. Damon Sr.’s other son, Michael, is married Ava Marie Simmons. She is the daughter of Joseph Simmons, the founding member of Run DMC. Damon Sr.’s daughters Cara and Kyla, are both actresses.

Although 2nd generation Elvira Wayans had little involvement in film, her children Damien and Chaunte are both successful. Damien and Craig Wayans (son of Deirdre) created the 2013 TV series Second Generation Wayans together.

Like their parents, many of the Wayans are careful spenders and generally avoid lavish purchases. But when it comes to housing, they include the entire family. Damon Wayans purchased a 5.35 million dollar home in Los Angeles large enough to fit his entire family. Marlon Wayans also owns a large multi-million dollar home in Los Angeles, as do many of the other Wayans.