Sabrina Carpenter Net Worth 2018 – How Wealthy is the Actress Now? 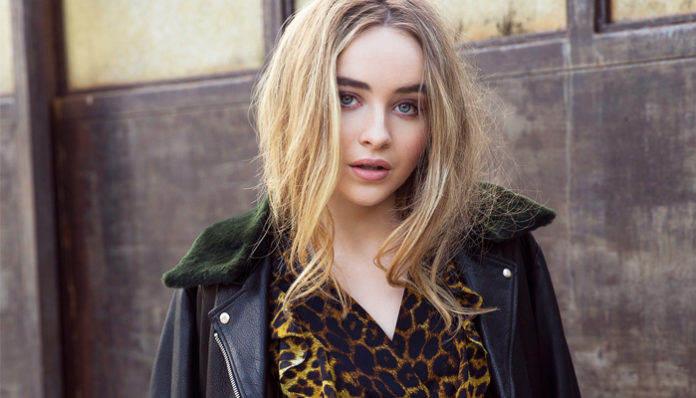 American actress Sabrina Carpenter is perhaps best remembered for playing Maya Hart in the Disney sitcom, Girl Meets World. Hailing from Pennsylvania, she made her television debut in an episode of Law & Order: Special Victims Unit (2011) at the age of twelve. Continuing on her path to success, she later landed her first recurring role in The Goodwin Games (2013).

In 2014, Carpenter gained widespread attention after being cast as one of the main leads in the Disney series, Girl Meets World. With that, her popularity soared; before long, she had become a teen idol with millions of fans around the world. Aside from that, she has also appeared in the TV shows, Wander Over Yonder, Walk the Prank, and Milo Murphy’s Law, among others.

On top of her acting career, the blonde has also broken into the music industry with two studio albums and a number of singles. To date, the music video to her most popular song, Thumbs has been viewed over 44 million times on Youtube.

According to sources, Sabrina Carpenter currently has an estimated net worth of $3 million. How many things does the 18-year-old have going for her? Let’s take a look below.

How did Sabrina Carpenter Make Her Money & Wealth? 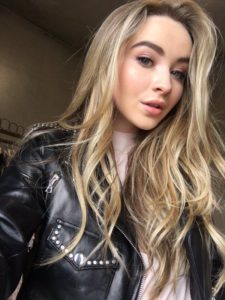 Born on May 11, 1999 in Pennsylvania, Sabrina Carpenter grew up in Lehigh Valley with her three sisters, Cayla, Sarah, and Shannon. A natural performer, she was dancing before she could even talk at the age of two! When she was in kindergarten, she sang the song, I Enjoy Being a Girl at her school’s talent show, a performance that earned her a standing ovation at the end. From that point onward, it was decided that she’d be pursuing a career in the show business.

When she was nine years old, she took part in Miley Cyrus’ Are You a Star competition, where she ended up placing third out of over 10,000 competitors. Shortly afterwards, Carpenter began taking voice lessons, striving to perfect her vocals and sound. Around that same time, the blonde also took up the guitar and piano, both of which she’s since mastered to a degree.

Later deciding to get into acting, she made her small screen debut in an episode of Law & Order: Special Victims Unit in 2011. The next year, she voiced a character in the Disney cartoon, Phineas and Ferb (2012), after which she appeared in the made for television films, Gulliver Quinn and The Unprofessional. From there, she landed her first recurring role- albeit in an animated series, in Sofia the First, where she voiced Princess Vivian. It wasn’t until later that summer that she played her first supporting character in the Fox sitcom, The Goodwin Games (2013).

In 2014, Carpenter landed a major role in the Disney Channel sitcom, Girl Meets World. The sequel to the ABC series, Boy Meets World, it revolved around the life of protagonist Riley, and her friends and family. While actor Rowan Blancard played the role of Riley, the actress portrayed the character of her best friend, Maya Hart; the two are joined by Ben Savage, Peyton Meyer, Danielle Fishel, and August Maturo, among others.

The big break that she’d been waiting for, Girl Meets World premiered on June 27, 2014 to 5.16 million viewers. Popular among young viewers, it was later renewed for two additional seasons after the end of season one; in total, the sitcom had run for 72 episodes- all of which featured Carpenter’s character. Although the subsequent seasons weren’t as big of a hit on television as the original, they still managed to maintain a viewership of ~2 million.

Praised for her performance, the teen’s portrayal in the sitcom garnered her a Young Artist Award nomination in 2015, which she shared with the rest of her cast mates. Considering the popularity of Girl Meets World, she would have received a nice paycheck from starring on the Disney show, right? While Carpenter’s salary from the series has never been revealed, her co-star Rowan Blanchard allegedly took home $10,000 per episode. If her pay is anything similar to that, then she would have racked up a considerable amount from the three years that she was on the show.

During the time that she was filming for Girl Meets World, Carpenter also took time to appear in various other projects including Wander Over Yonder (2016), Walk the Prank (2016), and Adventures in Babysitting (2016). In October 2016, she returned to television as a main character in the Disney cartoon, Milo Murphy’s Law. Where as “Weird Al” Yankovic voiced Milo, she provided the voice for her long-time friend, Melissa Milo- the daughter of a local fire chief.

While it’s obvious that she earned a significant chunk of her fortune from acting, she has another major source income- music. In March 2014, Carpenter released her debut single, Can’t Blame a Girl For Trying via iTunes. Taken from her extended play, the acoustic guitar-drive track has since been listened to over 50 million times on Youtube. Although the record didn’t reach the music charts, it went on to earn her a Radio Disney Music Award for Best Crush Song in 2015.

On April 8, 2014, the singer dropped her debut EP titled, Can’t Blame a Girl For Tryingvia Hollywood Records. Produced by Matt Squire, Brian Malouf, and Julie Frost, the folk pop record contained four titles including, Best Thing I Got, White Flag, The Middle of Starting Over, and Can’t Blame a Girl for Trying. A relative success upon its release, it eventually reached number 16 on the Billboard Heatseekers Album; to date, it has sold over 17,000 copies in the United States.

A year later, Carpenter came out with her first studio album, Eyes Wide Open. Preceded by the lead single, We’ll Be the Stars, it boasted twelve songs including Two Young Hearts, Too Young, Darling I’m a Mess, White Flag, Best Thing I Got, and Seamless. Given positive reviews, the album entered the Billboard 200 at number 43 and the Top Album Sales chart at number 31; it later also reached number 14 on the US Digital Albums Chart. According to Niel Soundscan, more than 12,000 units were sold within the first week.

On October 14, 2016, her second album, Evolution was released via Hollywood Records. Even more successful than her initial endeavor, the 10-track project ended up selling more than 11,500 copies in the first week; some of the songs featured included Feels Like Loneliness, Run and Hide, No Words, All We Have is Love, Don’t Want it Back, and On Purpose. Her best charting record to date, Evolution reached as high as number 28 on the Billboard Top 200; outside of the US, it also charted in Canada, Ireland, New Zealand, and Australia.

As expected from a popular singer like Carpenter herself, she’s also embarked on a few concert tours over the last two years. For instance, she went on her Evolution Tour, in support of her second album in 2016, after which she hit the roads again for The De-Tour. Aside from those which she’s headlined, she has opened for Arianda Grande and The Vamps in the past.

Speaking of which, the 18-year-old is currently on her Summer 2017 tour- from the looks of it, she’ll be performing at various cities across the country until the end of August. For more information, please visit her official website.

For those who’d like to buy some memorabilia, Carpenter has set up an official store online, where fans are able to purchase items such as tour tees, posters, and LED necklaces.

Now, let’s go back to our original question- where did the star’s $3 million fortune come from? Drawing from everything we’ve said above, one thing’s for sure- she has multiple sources of income (e.g. acting, singing, tours, etc). At the rate that her popularity is exploding, it’s likely that her career will grow into something even greater over the next years.

No, Carpenter is currently single, from what we can tell. In a recent interview, the actress revealed that dating wasn’t a top priority for her at the moment.

In the past, she’s dated Corey Gogelmanis, Bradley Steven Perry, and Amir Mitchell-Townes.

Does Sabrina Carpenter Have Any Children?

No, Sabrina Carpenter does not have any children that we know of.

Did Sabrina Carpenter Go to College?

No, the 21-year-old has not gone to college- having said that, she did mention in the past that she was interested in going to UCLA. With her busy work schedule however, it might be difficult for her to find the time to go back to school.

Unfortunately, we do not have any information on her current residence. As a young girl however, Carpenter and her family lived on a decently sized property in Lehigh Valley, Pennsylvania. In October 2013, the house was put up for sale for $565,000.

We do not have any pictures of Sabrina Carpenter’s house at this time.

What Kind of Car Does Sabrina Carpenter Drive?

At just eighteen years old, Sabrina Carpenter has taken on over 20 different roles as an actress- the most noteworthy of all being that of Maya Hart from Disney’s Girl Meets World. On film, she’s also appeared in Noobz (2012), and Horns (2013).

In addition to that, the blonde is also an accomplished singer with two charting albums under her belt. Not only that, but she’s also released an extended play, and more than ten singles over the past four years.

As far as accolades go, she received two Radio Disney Music Awards for Best Anthem and Best Crush Song in 2015. Recently this year, her song On Purpose was also nominated for the category of Best Crush Song.

On television this year, Carpenter has been reprising her respective roles in Girl Meets World, Sofia the First, and Milo Murphy’s Law.

On the music front, she recently dropped a new music video for her single, Why (released on July 7) on July 20, 2017. Within a few hours of being uploaded, the MV had already garnered over 500,000 views on Youtube.

As mentioned earlier, the singer is currently also on her 2017 tour.