Colleen Ballinger Net Worth 2018 – How Wealthy is the YouTube Star Now? 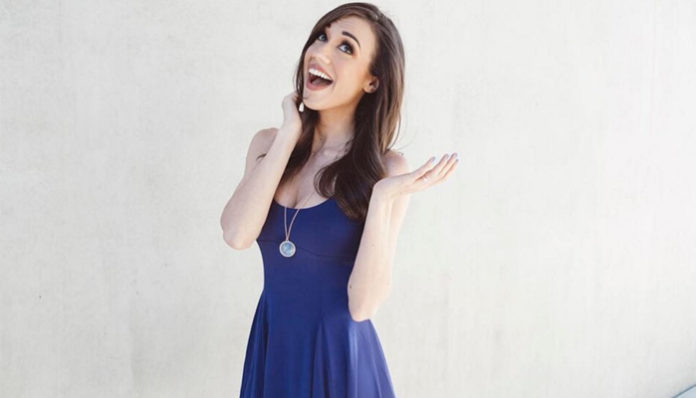 American comedienne Colleen Ballinger is perhaps best known for her portrayal of Miranda Sings on Youtube. Hailing from Santa Barbara, she came up with the idea after watching several videos of “bad singers” getting a big break on the internet. From there, she began portraying the egocentric woman in videos, which she then uploaded onto her Youtube channel. While it was originally meant to be just a fun project, her efforts quickly raked in the views on the site.

As her subscriber count grew, so did her online popularity- to date, she has amassed more than 7.8 million followers on her main channel. Aside from her online endeavors, Ballinger performs a one-woman comedy act as the talent-less, Miranda. Hugely popular, she has graced the stage in numerous cities all around the country.

With all that she has going for her, it seems only natural that Ballinger would have banked herself a decent amount over the past few years. Currently, the 30-year-old star has an estimated net worth of $8 million. Where did the majority of this money come from? What are her big money-earners? Let’s try to answer these questions.

How did Colleen Ballinger Make Her Money & Wealth? 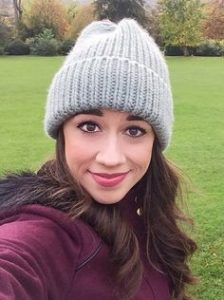 Born on November 21, 1986 in California, Colleen Ballinger grew up in Santa Barbara with her parents and three siblings. Ever since she was young, she had an apparent flair for the performing arts. After graduating from Azusa Pacific University in 2008, she landed a stint with Disney, where she taught voice, and piano lessons to children; in addition to that, she also frequently performed at events and parties.

Around that same time, she came up with the idea of Miranda Sings. Inspired by the many videos of “bad singers” on Youtube, Ballinger created the talent-less, egocentric character- whom was partly based on someone that she’d known in college, and began portraying her in videos, which she then uploaded onto her Youtube Channel. Although it was originally a joke among her friends, her portrayal of the woman quickly caught the attention of netizens on the web.

Before long, her channel was attracting a steady stream of attention. In 2009, Balinger’s popularity received a further boost with a new video. A satire of “bad performers giving unsolicited advice”, it caused her subscriber count to explode shortly after it was posted. As of July 2017, her videos has amassed over 7.8 million subscribers- however, perhaps even more impressive is the fact that she has over1.3 billion lifetime views.

Currently her top video of all time, Where My Baes At? Original Song by Miranda Sings has been viewed over 25 million times. Some of the brunette’s other popular uploads include Charlie Charlie Pencil Challenge, Kylie Jenner Lip Challenge, Do the Miranda! Original Song, and Joey Kissed a Boy (combined, they have received more than 77 million views on Youtube).

Considering her massive popularity on the site, there’s no doubt at all that she’s been monetizing her content. Given that Ballinger is part of Google’s partnership program, she would earn a few dollars per 1,000 views on her videos, simply for displaying ads. Typically, only 40% of one’s total view count can be monetized; however, seeing as how she has accumulated more than a billion views, her monetized count would still be incredibly large- over 520 million to be exact. With that said, she would have made at least $1 million from her Youtube channel so far.

But that’s just one of her many Youtube channels- aside from Miranda Sings, the brunette has a second account called “PsychoSoprano” which she’d created back in 2006. Although it’s not as popular as her primary one per se, it’s still managed to amass over 5 million subscribers and more than 890 million video views. Assuming that she’s also been monetizing this account (which she probably is, because who wouldn’t?), that’s another $700K- at least, from ad revenue alone.

With the popularity of Miranda, she eventually decided to start a one-woman comedy act, with none other than the narcissistic woman as the main star. For the first few months, Ballinger organized her own events; however as her fame continued to soar through the roof, things ultimately became difficult to manage (by herself anyway)- she subsequently hired a professional manager. Since then, she has gone on countless “Miranda tours” all across the country.

In 2016 alone, Ballinger performed well over a dozen shows from Vancouver, Canada to Las Vegas, Nevada. As far as recent performances go, the 30-year-old has also been entertaining crowds this year at multiple venues from Tacoma’s Pantages Theater to Riverside’s Fox Performing Arts Center. Although it doesn’t look like she has any comedy acts planned for this summer, she’ll be returning as Miranda in New Zealand and Australia this November.

Multi-talented, she even released a holiday themed extended play titled, Miranda Sings Christmas back in December 2009. Highly rated, the music project included four Christmas classics including Carol of the Bells, Here Comes Santa Claus, Rudolph the Red Nosed Reindeer, and All I Want for Christmas is You. On iTunes, the EP currently has a 4.7 star rating.

As an actress, Ballinger has also taken on a few roles over the past few years. In 2011, she made her movie debut in the comedy. She played Miranda Sings, after which she was cast as a recurring character in the musical web series, Dr. Fubalous. From there, the comedienne appeared in Victorious (2012), The Flipside (2013), Hipsterhood (2013), Homemade Movies (2013), and MyMusic (2014), among a few others.

Most recently, she helped to write and createv a new Netflix comedy series, revolving around the life of Miranda Sings- the self-absorbed performer whom fans of Ballinger have grown all too familiar with, the half-hour episodes follows her road to fame from when she uploaded her first video onto Youtube. Developed by the star and her brother Christopher (with help from Perry Rein and Gigi McCreery), it was released online on October 14, 2016.

Although ratings were mixed from critics, the series proved to be popular with fans. One of the first scripted shows to be created from a Youtuber, it has since been renewed for a second season- which is slated to come out sometime later in 2017.

Outside of acting, Ballinger has also been invited onto several other programmings over the past few years including The Mythical Show (2013), Drama King (2014), The View (2015), How to Makeup (2015), and The Tonight Show Starring Jimmy Fallon (2016).

As far as other endeavors go, the comedic star released her own book titled, Self-Help in 2015. Co-written from Miranda’s point of view by Ballinger, it came complete with hilariously bad artwork, silly advice, and funny photos.

From everything that’s been said above, the factors behind Ballinger’s wealth are apparent- not only does she make a killing from her multiple Youtube channels, but she also earns a decent income from putting on comedy acts across North America. On top of that, her work in television (or Netflix, rather) presumably also earns her a comfortable amount. Currently, the 30-year-old comedienne and actress has a net worth of approximately $8 million.

From what we can tell, Ballinger is currently single. In the past however, she had been married to singer Joshua David Evans- a man whom she’d met online through Facebook (as it happened, he was a huge fan of hers). Not long after getting married however, she broke the news through tears that they’d gotten a divorce; unfortunately, details behind their separation were not disclosed.

Does Colleen Ballinger Have Any Children?

No, Colleen Ballinger does not have any children that we know of.

Did Colleen Ballinger Go to College?

Yes, the Youtube star went to college. After graduating from San Marcos High School in Santa Barbara, she went to Azusa Pacific University, a private Christian institute located near Los Angeles, where she studied vocal performance.

The 30 year old star currently resides in Los Angeles, California. Although she initially moved to New York City for greater opportunities in 2010, she later realized that it was in her best interest to collaborate with her fellow Youtube stars in LA.

In February 2015, Ballinger upgraded from a condo to a four-bedroom house in the Valley. Unfortunately, we do not have any pictures of her home to share at this time.

What Kind of Car Does Colleen Ballinger Drive?

Currently, Ballinger holds a yearly fundraiser in which the proceeds goes towards the research of childhood cancers- a tradition which she first started in 2015. Through her Youtube channel, she’s also auctioned off several personal belongings, after which she donated the entirety of the funds to the Children’s Research Hospital.

In 2016, the comedienne also made personal donations to families who struggle with financial aspects of cancer treatments.

How Much Did Colleen Ballinger Earn Last Year?

We do not have any information on Colleen Ballinger’s 2016 income at this time.

Last year, she even received her own comedy serieson Netflix, which has since been green lighted for a second season.

As far as accolades go, Ballinger has and a Streamy Award for Performance Awards: Best Actress. Altogether, she has been nominated for thirteen awards (including her two wins). In fact, just a little while ago, she was nominated for her fifth Teen Choice Award, which is currently still pending.

Colleen Ballinger is presumably busy working on the second season of Haters Back Off, which will be released later this year.

Earlier this year, she hit the road for a 15-city tour across the United States, one that was billed as “Miranda Sings Live, You’re Welcome”.