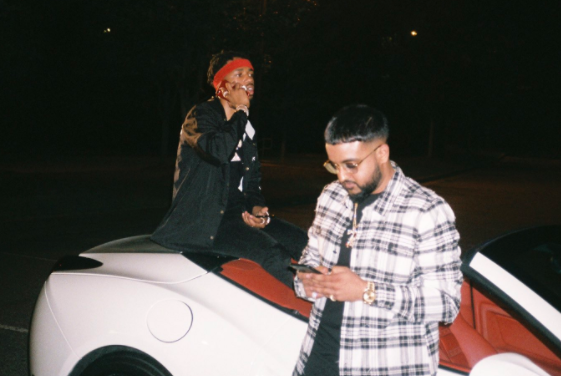 Canadian hip hop artist NAV first gained attention after receiving a cosign from Drake’s OVO Sound Radio. From Toronto, Canada, the rising star was then featured in Travis Scott’s hit song, Beibs in the Trap, which only boosted his presence further. Before he went professional, the rapper regularly posted tracks to his Soundcloud account.

Since then, the 27-year-old has released a number of records through XO and Republic Records. In February 2017, NAV dropped his debut single, Some Way (Feat. The Weeknd), which ended up reaching multiple music charts. From then until now, he has also come out with the tracks, Myself, Call Me (with Metro Boomin), and Perfect Timing (Intro) (With Metro Boomin).

A talented artist, his popularity has undoubtedly been climbing over the past few months. With that said, how profitable has his music career been? How much has he banked since his debut? According to sources, NAV currently has an estimated net worth of $700,000. Where did this money come from exactly? We’ll be trying to answer the above questions below.

How did NAV Make His Money & Wealth? 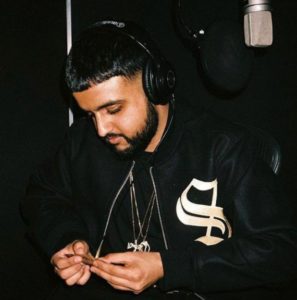 Born on November 3, 1989 in Toronto, Canada, NAV (Real Name: Navraj Singh Goraya) was raised in the Rexdale district of Ontario. As a child, he grew up listening to music all day. When he was in third grade, his mother bought him a boom box for Christmas- one that quickly became a prized possession. His uncle, who happened to e a popular singer in India, also played a role in inspiring him to get into music; in fact, he was the first person to have brought him to the studio.

Later in his mid twenties, NAV released one of his earliest songs, Take Me Simple to his SoundCloud account, which was already rising in popularity. That same year, he helped to co-write and co-produce Canadian rapper Drake’s track, Back to Back. However, it wasn’t until 2016 that his work began to catch on after he was featured on Drake’s OVO Sound Radio. Around that same time, NAV got another feature after reality star Kylie Jenner posted a video of herself lip-syncing to his song, Myself.

Then in September 2016, the rapper was featured in Travis Scott’s hip hop title, Beibs in the Trap. Produced and co-written by NAV himself, the song proved to be a major hit. Shortly after the release of the official music video, which featured the duo performing at a hangar, the single entered the Billboard Hot 100 at number 93; it eventually peaked at number 90 on the chart. In addition to that, the song also charted at number 38 on the Hot R&B/Hip Hop Songs and number 97 on the Canadian Hot 100.

Not only was it a successful collaboration, but it also garnered NAV some further exposure as a newcomer. By July 2017, Beibs in the Trap had gone platinum in the United States after selling over 2 million copies domestically.

After signing to XO and Republic Records, he released his debut single, Some Way on February 16, 2017. Made available as a digital download, the song featured guest vocals from the fellow Canadian artist, The Weeked. Produced single-handedly by NAV, the track’s lyrics (mainly those of The Weekend) gained some traction as many interpreted it as being aimed at popular pop singer, Justin Bieber.

All in all a successful debut, Some Way peaked at the top of the Bubbling Under Hot 100 Singles and at number 38 on the Hot R&B/Hip Hop Songs chart. Outside of the US, it also enjoyed some success in Canada and Australia. As of August 2017, its official MV directed by RJ Sanchez, has recovered over 25 million hits on Youtube.

Just a week later, NAV came out with his self-titled debut mix tape, Nav on February 24, 2017. A mixture of trap and hip hop, the project featured eleven tracks including Good for It, Lonely, Sleep, Ten Toes Down (TTD), and My Mind, all of which were produced by the artist himself. Prior to the release of the tape, a handful of its songs had actually been uploaded to his Soundcloud account including Up and Myself. Still, it was a considerable success.

Shortly after its release, Nav reached number 24 on the Billboard Top 200 and number 12 on the Top R&B and Hip Hop Albums Chart; as well, it also charted in New Zealand and Canada at number 9 and 4 respectively.

Most recently, his second full length project- Perfect Timing was released on July 21, 2017. First announced in early 2017, it was preceded by two singles, Call Me and Perfect Timing (Intro), both of which were released on July 14, 2017. Featuring production from Metro Boomin, Amir Esmailian, and DannyBoyStyles, some of the tracks that it contained included Both Sides (Feat. 21 Savage), You Know (Feat. Belly), Need Some (Feat. Gucci Mane), Rich, and Bring it Back.

More successful than his earlier title, it entered the Billboard Top 200 at number 13 with approximately 30,000 first week sales; on the Top R&B Albums chart, it also managed to reach as high as number 7. Responsible for another peak in his popularity, Perfect Timing also reached the record charts in Denmark, France, Canada, Belgium, New Zealand, and the UK.

Obviously, he would have earned a decent amount from the above releases. Having said that, what other sources of income does the rapper have? Well for one thing, he also makes a considerable figure from putting on concert performances. For instance last year, NAV went behind the mic at The Studio at Webster Hall in New York and at The Vera Project in Seattle.

In fact, the 27-year-old has a concert tour planned for later this fall- according to his official website, the event will be kicking off at the Air Canada Centre in his native Toronto, Canada, and continuing until his last performance at the Little Caesars Arena in Detroit, Michigan.

As of 2017, NAV has an estimated net worth of $700,000. Taking in what we’ve discussed above, it’s clear that a healthy chunk of his fortune came from his record sales and on stage performances.

From what we can tell, the 27-year-old Toronto based rapper is not married. In fact, his relationship status is still in the air as he’s never been one to talk much about his personal life.

Does NAV Have Any Children?

No, NAV does not have any children that we know of.

Did NAV Go to College?

While details about his education history are unknown, it can be presumed that NAV did not go to college.

Where Does NAV Live? Pictures of NAV’s House

NAV currently resides in his hometown of Toronto, Canada. Unfortunately, we do not have any further information on his location- photos of NAV’s home are also unavailable at this time.

What Kind of Car Does NAV Drive?

We do not have any information on NAV’s vehicle at this time.

Despite having just recently put his name out there in the rap scene, NAV has managed to release a series of singles and mixtapes, many of which have since reached the music charts.

How Much Did NAV Make Last Year?

As mentioned earlier, the rapper recently dropped the mixtape, Perfect Timing– a collaboration with DJ Metro Boomin. The tape has since spawned two singles, Perfect Timing (Intro), and Call Me.