The Lano Company Update – What Happened After The Profit 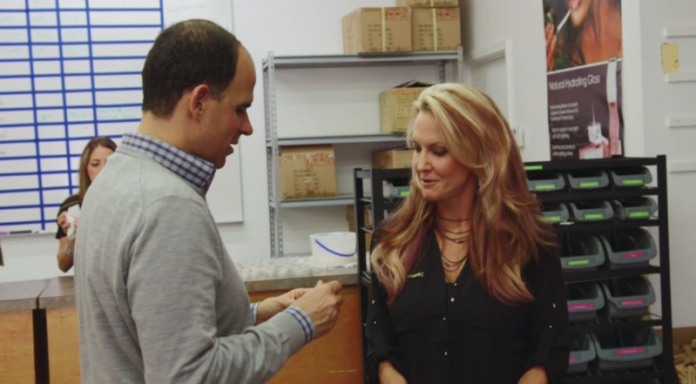 The Lano Company Before The Profit

Miranda Coggins had an epiphany. While breastfeeding her newborn daughter, she tried using the lanolin used to prevent chapped nipples on her chronically chapped lips and was healed for the first time. The sensation brought both relief and a new idea: to create and sell a lanolin-based lip balm. She and her husband lane developed a product and started The Lano Company in 2005. Over the next ten years, she and her husband Lane would grow this simple idea a multi-million dollar business selling dozens of cosmetic products. Marcus Lemonis, host and chief investor for The Profit, was impressed with the concept of the company but suspected there was much room for further growth.

The Lano Company On The Profit

Marcus arrived at The Lano Company and introduced himself to a couple members of the company staff before being greeted by Miranda. Miranda explains the how her first product, Lano Lip, came to be and showed him the product and its packaging. Marcus was impressed by the clear branding of the product as well as the way it was developed to solve a product. After discussing the costs and margins of the product, Marcus remained impressed.

Things started to get shakier once Miranda started introducing the company’s other products. Miranda showed off the Pure Cosmetics line, then an eye shadow line, and finally their Glam cosmetics line aimed at teens. With each product, Marcus asked if it contained lanolin and was greeted with a “no,” although the Pure line was based on natural products. Marcus felt he was getting mixed messages. The company started with a lanolin-based lip balm and is named The Lano Company, so he expected all or most of the products to contain lanolin. The branding and the product line seemed conflicting.

After moving to the shipping area, Miranda continued to show off more products. First was a lip balm that included a bright LED light in the brush and a mirror on the container, then a set of makeup brushes. Shortly after, Lane came in, and the couple talked about their roles in the business–Miranda on the creative side with Lane handling the numbers. Lane commented about having to reel Miranda in because she was so eager to create new products. Afterward, they went into the production area and showed Marcus how lip balms were produced–by squeezing the product into each bottle with a large syringe.

The tour of the business raised a lot of issues for Marcus. The Glam product line targeted at young people seemed very dated and not in touch with the wants of modern youth. Other products, like the glowing lip balm and makeup brushes, seemed like a total departure from the branding and message of the flagship product and company name. And the production process, while effective enough for them at the time, was really limiting the scalability of the business.

After discussing the financial details of the business, it’s apparent that they have fallen far from the core branding. Lano Lip, according to Lane, made only 3% or less of their revenue, while makeup brushes, lip balm, and eyeliner products produce around 25% of the company’s revenue apiece. While they are financially stable for the time being, their products lack identity. The current-day stability could fall apart as soon as a competing company undercuts them on price.

Although Marcus is concerned, he still sees value in their business’s core message and makes an offer of $500,000 for 30% of the business, with the intent to rebrand them around a new core product line. Miranda and Lane counter, offering 20% of the business. The final deal was settled at $500,000 for 20% of the business with Marcus receiving $50,000 annually for ten years until his money is returned. He also shares profit with the Coggins’s at 20% to their 80%. Afterward, he discussed the deal and some of the plans with the staff. Ashley, the woman behind production, was concerned about the prospect of outsourcing product for job security reasons, but Miranda reassured her that she was safe.

Marcus took the couple to New York to consult with Birchbox, a cosmetics distribution company that sends custom cosmetic packages to hundreds of thousands of subscribers. During the consultation, many of Marcus’s concerns were echoed. They were concerned with branding, such as the added colors and scents in the otherwise all-natural Pure line and the forgettable brush and eye shadow products. They were receptive to a Lanolin-based product line but felt that their products weren’t ready in their current state. Marcus then told Miranda she had two weeks to come up with a whole new product line, which put her in shock at the extremely short turnaround. Marcus then took them to Rejuvenol, a cosmetics manufacturing company, to show them how much a production company could help them.

Two weeks later, Miranda had successfully created a new product line, all centered around lanolin as an ingredient. The Pure products were now 100-percent natural, and there were several new unisex products as well. Marcus was impressed with the work she did, so he and Miranda took the products for feedback at Parlor, a local salon. Most of the feedback was positive, but the reception to the LED light in the lip balm was more mixed. Some liked it, while others found it distracting. Ultimately, they decided to keep the light, but make it dimmer. After some consideration, the new line was named Pure Lano, with a new logo emphasizing the healing and natural qualities of the products.

With a solid product line and branding set, finding new distribution paths was the next step. Marcus took Miranda and Lane to meet with QVC about distributorship. The reception was somewhat cold at first, as they mentioned they don’t have much success with some of the products listed. However, the solid branding and inclusion of lanolin in all their products helped turn things around, especially after they tried some of the products. The meeting ended up a success, establishing a relationship and the possibility of getting their products on air within 60 days. The completely lanolin-based product line filled a gap in the QVC lineup, which helped seal the deal. And, to top things off, a return visit with Katia from Birchbox netted another deal. Katia was extremely impressed with the rebranding and how high-quality the products seemed and was happy to add them to their lineup.

The Lano Company Now in 2018- The After ‘The Profit’ Update 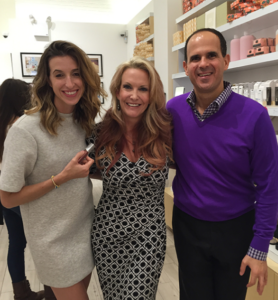 The Lano Company is still going strong. With production outsourced to Rejuvenol, the company moved from its warehouse location. In addition to Pure Lano, they kept their original Pure Cosmetics line with the rebranding. Since then, they have added a new line called Mirabella. Products are still available on QVC, but they can be found at other online retailers, such as Amazon. Feedback on their new products on Facebook and Google Reviews have been overwhelmingly positive. Customers love the products for their textures and shades, and they seem to have carved out a solid and unique niche in the massive cosmetics industry.