Thomas Rhett Net Worth 2018 – How Rich is the Country Singer 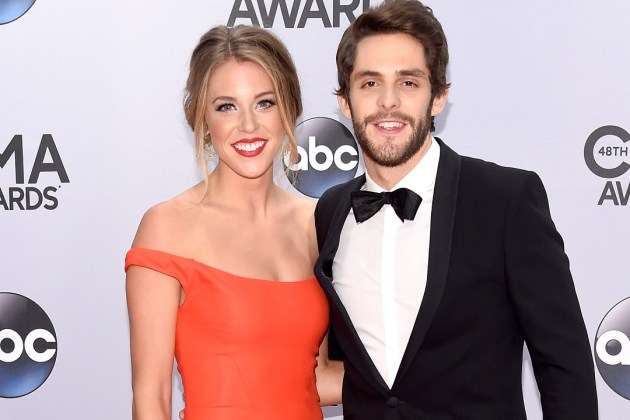 Thomas Rhett is an American country music singer-songwriter. Rhett’s mainstream career began in 2013 after the release of his debut album It Goes Like This. 7 of his 10 singles have reached number one on the Country Airplay Chart. Thomas Rhett is well on his way to becoming a star like his father Rhett Akins, and may even surpass him at this rate.

Thomas Rhett received critical acclaim for his first album It Goes Like This. His debut album has sold 270,000 copies to date. Rhett’s second album, Tangled Up, has sold over 500,000 copies. Additionally, singles from both albums topped the country charts. Rhett’s sudden burst of popularity in the country scene brought him a large amount of wealth in a short period of time.

Unlike other famous country singers, Thomas Rhett is still quite young. This makes him popular with young listeners, which has resulted in trendy brands sponsoring him. His social media profiles also have millions of combined followers and likes.

How Did Thomas Rhett Earn his Money and Wealth? 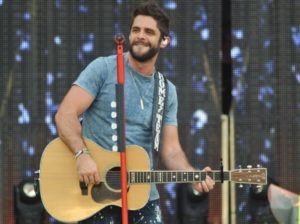 Thomas Rhett was born on March 30th, 1990 in Valdosta, Georgia. He is the son of country singer Rhett Akins and his ex-wife Paige Braswell. Thomas Rhett’s stage name is partially derived from his father’s first name.

Since Thomas Rhett’s father was a country star, he grew up surrounded by other famous country musicians. Stars such as Jason Aldean, Brooks and Dunn, and Tim McGraw were good friends of Rhett Akins, and Thomas Rhett ended up befriending them as well. He took up drums when he was in middle school and sometimes played with his father’s band.

Thomas Rhett spent most of his youth around music, he was not always certain if he wanted to become a musician like his father. After graduating high school, he studied communications at Lipscomb University in Nashville. He attended college primarily because his friends were also going there. Rhett switched his degree around several times before realizing a traditional career wouldn’t fulfill him. At age 20, he realized music was his calling and dropped out to pursue it full-time.

Since Thomas Rhett’s father, Rhett Akins, was a successful musician, it was much easier for him to jumpstart a career. Rhett was already quite talented, as he had spent years under his father’s wing. However, he decided to build his career himself rather than have any easy career at the cost of living under his father’s shadow. He began to write songs after dropping out of college.While playing at a local club, an executive approached him with an offer of a songwriting contract. Rhett accepted the deal on the spot.

After proving himself to his label, Thomas Rhett set out to make his own mark on the country scene. He released his the singles “Beer with Jesus” and “Something to Do with My Hands” in late 2012. The singles peaked in the top 30 of the Country Airplay chart. He released his debut album, It Goes Like This on October 29, 2013.

Thomas Rhett opened for Lady Antebellum on their 2012 Own The Night Tour. After writing songs for Jason Aldean and releasing It Goes Like This, he toured with him during 2013’s Night Train Tour. He also toured with Florida Georgia Line on their 2015 Anything Goes Tour. In 2015, Thomas Rhett was nominated for the BMI Country Awards for his single “Make Me Wanna”. The song was also nominated for thee ASCAP Country Music awards.

In between tours and awards, Rhett began to work on his second album. Additionally, the singles “Crash and Burn”, “T-Shirt”, and “Die a Happy Man” all topped the charts at some point.

Following the release of his second album, Thomas Rhett headlined the Suits and Boots Tour with Brett Eldredge. It was the first tour he headlined. In 2016, he toured again with Jason Aldean on the Six String Circus and the We Were Here Tour. He also toured with Miranda Lambert, Ashley Monroe, and Dwight Yoakam on the C2C: Country to Country tour. 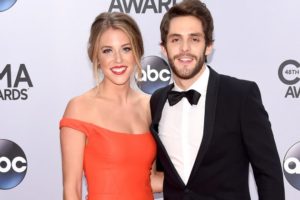 Thomas Rhett married his childhood friend Lauren Gregory in October 2012. They were both 22 at the time are still going strong. The pair adopted their first daughter, Willa Gray Akins from Uganda in May 2017. Lauren Gregory gave birth to their second daughter, Ada James Akins on August 12, 2017. The pair lives in a modest country home near their hometown.

Rhett Akins and Thomas Rhett have always had a close relationship. Additionally, Thomas Rhett remains close friends with stars such as Tim McGraw, Jason Aldean, and Brantley Gilbert. Despite being surrounded by so many country musicians, Rhett typically listened to classic rock growing up.