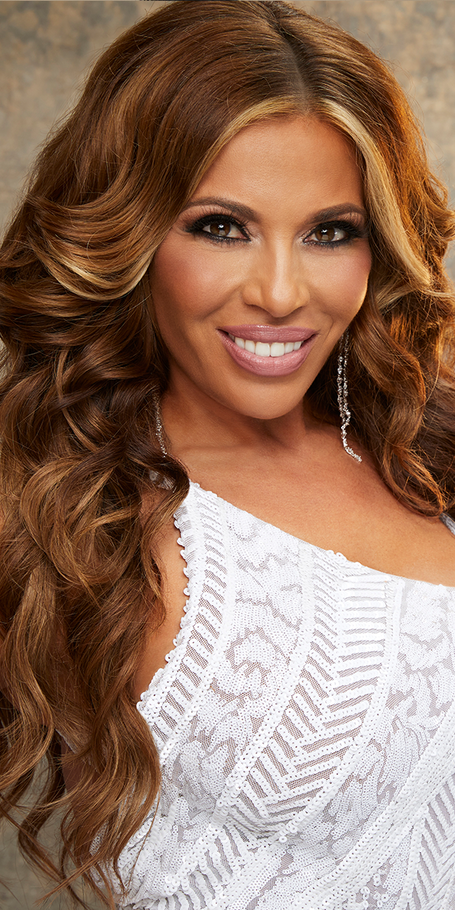 Dolores Catania is an American actress, businesswoman, and socialite best known for her appearance in the sixth season of Bravo’s Real Housewives New Jersey. Prior to being casted on the show, she amassed a fortune through ventures such as realty and opening fitness centers. Dolores Catania first appeared on the first, third, and fourth seasons of Real Housewives of New Jersey. Catania was then cast as one of the show’s main roles for its seventh and eighth seasons.

Prior to becoming an entrepreneur, Dolores Catania worked as a realtor and a surgical technician. Not only did these jobs pay her a large salary, they gave her the ability to work under pressure. Catania and her then-husband Frank joined forces to open several fitness centers, all of which became highly successful. Although Dolores and Frank later divorced, they did so on good terms. The pair still support each other in their business ventures today.

Dolores Catania is also rumored to make as much as $30,000 per episode of Real Housewives of New Jersey. This makes her one of the highest paid stars on the show. When a single season can have as much as 20 episodes, stars like Catania can bank $600,000 per season. Not bad for a part-time job!

How Did Dolores Catania Earn Her Money & Wealth?

Dolores Catania was born on December 28th, 1970 in Patterson, New Jersey. Her father was the chief of police in her area, while her mother was a housewife. Catania has Italian heritage, which she is very proud of. She often cooks Italian dishes on episodes of Real Housewives of New Jersey.

Since her father was the chief of police, Dolores Catania became acclimated with law and order from an early age. She received a Juris Doctor in Gambling Law from Seton Hall University. She worked as a corrections officer at a prison after college. The job taught her many valuable life skills. While corrections officers can earn as much as $75,00 per year in New Jersey, Catania was far too ambitious to stay in one place her whole life.

She then underwent several basic medical training courses. After working a brief stint as a surgical technician, Catania later decided the medical industry wasn’t for her either.

Other careers offered a challenge, but few of them gave Dolores Catania a shot at riches. Following several years of career-hopping, the future star found her calling in realty. A natural socialite, she combined her well-honed people skills with her quick wits to break into the New Jersey real estate market. Catania worked as a realtor for 15 years before appearing on Real Housewives of New Jersey.

Dolores Catania and her then husband Frank then joined forces to open several gyms throughout New Jersey. Before creating their own gym franchise, they both worked as co-owners of a Gold’s Gym in Teterboro, New Jersey. In 2016, Frank and Dolores opened two Powerhouse Gyms.

Dolores Catania first appeared as a guest in Real Housewives of New Jersey during its first season in 2009. She returned as a guest for its third and fourth seasons. Viewer demand prompted her to be casted in a leading role for the show’s seventh and eighth seasons in 2016 and 2017. The show revolves around Dolore’s friendships with fellow cast members, particularly Jacqueline Laurita and Teresa Giudice.

Dolores Catania began dating her ex-husband Frank Catania when she 19 years old. The pair were married for a decade before divorcing. However, they parted ways amicably and remain close friends and business partners today. The couple had two children together: Gabrielle (21) and Frankie (18). Dolores and Frank worked hard to ensure that their children had a stable upbringing despite their divorce.

Like many Italians, Dolores Catania has a large extended family. She is particularly close to her parents, siblings, and grandparents. She also treats her friends and fellow stars Teresa Giudice and Jacqueline Laurita like sisters. Dolores Catania is also an animal lover. She owns four dogs of her own, and has donated money to animal rescue charities on several occaisions.

Dolores Catania lives in a large modern home in New Jersey. The home boasts a massive kitchen with modern stainless steel appliances and granite countertops. It also has a massive living room with a open layout. The home is the perfect size for large family gatherings.