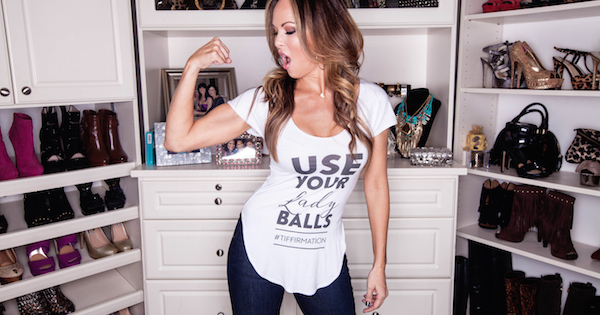 Traditional success is always welcome but when someone can seamlessly transition that success to a new format as times change, they are truly talented. Tiffany Hendra is one such person, rising from Texas roots to embrace a career in the media, then turning conventional wisdom on its head by taking the industry clout she’d amassed and turning it into reality TV stardom. Some people look down on reality TV and that really isn’t fair, as traditional TV is completely scripted, fully produced, and the home of actors who have studied years to be a success at being someone else. Those who excel in reality TV, however, do so unscripted and on their own merits, becoming famous for being a success as themselves. How many of Tiffany’s detractors can say the same of themselves? Let’s take a look at her rise to stardom.

How Did Tiffany Hendra Make Her Money & Wealth? 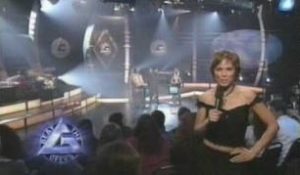 Born Tiffany Bolton on August 21, 1971 in Channelview, Texas in the United States, her first role-models were the strong women of her family; her mother and grandmothers. As an Asian American girl growing up in a country with a changing cultural landscape, Tiffany took her cue from her hard-working parents which resulted in an ironclad work ethic that she’s kept all her life. She was drawn to the arts from a very early age, anything from painting, dancing, singing, and acting, but her favourite pastime was watching old movies on Saturdays with her mother. It wasn’t long before the performance bug bit and at age 14 (with her parents’ permission, of course) Tiffany began modelling locally in Texas. Though initially winning an art scholarship to a small college in Huston, she was offered the opportunity to travel internationally as part of her modelling job and realised that deep down, she was an adventurer at heart! Leaving the country at age 18, Tiffany saw some of the most exotic places a girl could hope to visit, including Singapore, Belize, Costa Rica, Trinidad, France, Germany, and Italy. On returning to the United States, she took a chance and moved to Hollywood with dreams of becoming an actress but didn’t have long to wait, as an agent noticed her in a nail salon and offered her a contract. Tiffany was taking off.

The move back to Texas turned out to be pretty lucrative, as Tiffany was cast in The Real Housewives of Dallas, the ninth instalment of the Real Housewives franchise. Announced in 2016, the first season (described as the stories of real women with a passion for life and a southern twist) saw strong ratings and a second season was filmed and is currently airing. During the season’s arc, Tiffany questioned her decision to move away from California, launched an online series (Sanctuary of Style), and got entangled in her BFF’s drama though she maintained she wasn’t there to fight. Tiffany has been confirmed as a reoccurring guest in the currently airing second season, leaving her open for a ton of new projects and causes. 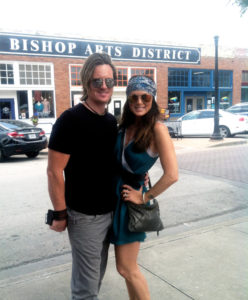 Tiffany is indeed married, to Australian rocker Aaron Hendra, which at first glance is a slightly unusual occupation for the husband of a Real Housewife. Aaron and Tiffany tied the knot in February 2004 and have been going strong for 13 years, something she’s proud of, given the high divorce rate in Hollywood. Describing him as ‘her knight’, she’s told Against the Grain Productions that in her 20’s she never thought she “would get married or feel safe with a man”. Whatever they’re doing it must be right, as the two are completely head-over-heels for each other. Both Christians, they’re heavily involved in charitable causes and while unable to have children themselves, both Aaron and Tiffany are committed to helping children in need all over the world. Tiffany could also brag (if she wanted to get in on some drama) that he’s written several songs specifically for her, including the lyrics, “I’m not sleeping you’re not either / This kind of dream could push a heart till it bursts / We’re on the way up but even if we don’t make it / We’re gonna make it.” Now that’s a love that’s going to last!

What causes does Tiffany feel passionate about? 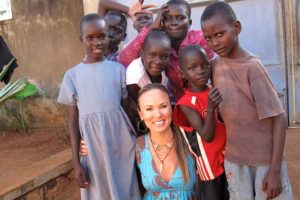 Tiffany is involved in several causes and charities dear to her heart. Specifically, she and husband Aaron work with Angels of East Africa, an organisation devoted to the rescue and care of orphaned children in the nations of East Africa. A Christian charity run by Sam Childers (the Machine Gun Preacher), it is responsible for the largest orphanage in the Sudan, having saved over 1,000 children from injury, poverty, and disease. Crediting her faith for saving her from addiction, Tiffany told Entertainment Tonight that coming out about her struggle was a humbling experience and she was touched by the sheer number of fans who reached out to share their own stories. While she faced discrimination during her 16 years in LA for being Asian American (sometimes denied for being ‘not Asian enough’ and other times criticised for her size), she’d advocated for girls and young women to believe in themselves and their strengths, no matter what the world tells them.

What’s Tiffany’s opinion on controversy over her previous acting? 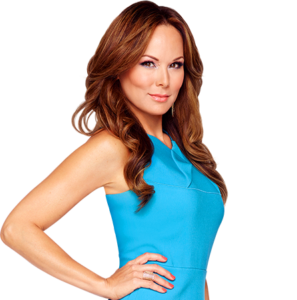 While some would make allegations that Tiffany was involved in pornography, she finds the whole idea frankly laughable. Page Six called her out on her role in Black Tie Nights for Cinemax and she answered with her typical spitfire attitude to their attempted ‘slut-shaming’. As she told the Mr. Real Housewives blog, most actresses have done love scenes and they’re nothing to be ashamed of. The erotic drama was not pornography and “I did that series before I was married and it’s part of my journey. I own it,” pointing out that the series is listed on her IMDB page for anyone to see and she hasn’t tried to hide it. Striving to be authentic in all things, she’s been honest with anyone who’s asked about her time on the Cinemax show, to the point that those who would now accuse her of ‘untoward’ acting just look all the worse for bringing it up.

What does the future hold for Tiffany Hendra? At this point, the sky is the absolute limit! With nearly 45,000 followers on Instagram, 32,500 followers on Twitter, and 22,000 subscribers on YouTube, it’s safe to say that she’s taken what was once just a run-of-the-mill modelling job and spun it into contemporary social media stardom. A reality TV star for the next generation, her determination in the face of every obstacle in her way has been amazing. With new projects poking up just over the horizon and a season as a guest on The Real Housewives of Dallas, all eyes are on Tiffany Hendra.