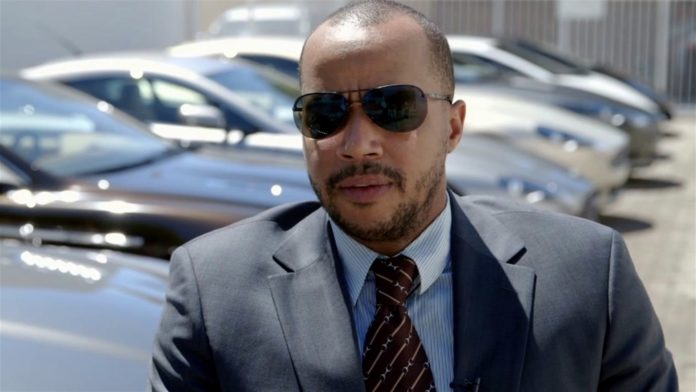 Well, my look at Frasier was short lived, but that just means I can move onto something new. Like, say, Scrubs. I’ve already taken a look at Sarah Chalke for my series on Roseanne, so let’s move right into Donald Faison. For once it is impossible for me to say best known for, because Faison has had several high profile television gigs in his career. I know him best from Scrubs, but you may remember him better for Clueless, or The Exes. I have talked about how actors make their money, the obvious play for pay, but one of the best long term options for any actor is starring in a sitcom. If it takes off you get a huge amount per episode, and then when it’s over, depending on the enduring nature of the show in question, you get a check in the mail every month. Donald is in a unique position, having starred in three sitcoms, and has had consistent work in both live action and animated voice over work for the last thirty years. One would imagine him sitting in a sound financial position.

How Did Donald Faison Make His Money & Wealth? 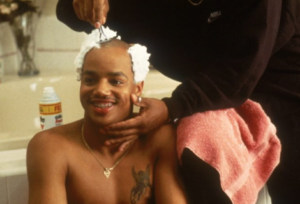 Donald Faison was born on June 22nd 1974 in New York. He grew up in Harlem, and attended The Professional Children’s School with Dash Mihok. His mother was a casting agent, which helped Faison get early work on commercials, one for Folger’s Coffee in 1991, and made appearances in a number of TV shows and Films leading up to his first big break in 1995, for Clueless.

His role in the 1995 film was not all that big, but when the movie was continued in a TV show Faison jumped at the chance to reprise it, and he gets way more screen time here. Several of the actors from the movie did not reprise their roles for the TV show, including Alicia Silverstone, who played the lead in the film version, and Paul Rudd, but the show was a minor success when it first aired. Said success was less than the production company were looking for, and so it as cancelled after season one. When it grew in popularity in syndication ABC were too late in getting the rights, and UPN picked them up. The show ran for two more seasons and did well enough, but I can’t help but wonder how it would have went had ABC retained the rights.

Faison was a bit of a hot property in the mid to late nineties, and he showed up all over the place, including on Sabrina the Teenage Witch, which I was a huge fan of growing up. He leveraged the success into a few films as well, thought his film career has never really taken off. After Clueless ended he showed up in a few bit roles and did voice over work. In the early 2000s he was cast as Chris Turk on Scrubs.

Scrubs was a huge success, and Faison would play the part in all Eight seasons of the show, or nine seasons depending on who you ask. He was pulling in some decent cash while there too, with his agents able to ask for $75,000 per episode for the first season. That is a huge amount of money for a first season start. Luckily the show did well, and by the time it ended he was nearing the $1,000,000 per episode mark, but so far as I can find out he never reached it. He was sued not too long ago by the same fol who got him that initial payment, they also negotiated a $70,000 payment for his role in a pilot called The Law. He settled the debt as soon as the suit was filed, claiming to have been unaware fo the debt.

Post sitcom for many of the people I write about tends to be a little less than amazing, but not for Faison, he kept himself up with a string of voice over gigs, showing up in The Boondocks, Robot Chicken and American Dad, before securing another sitcom role in The Exes. I cannot find exact info on his take home for that project, but I imagine if compares favorably with his initial payments in past projects. The show did well, but not all that well. It was received mixed reviews, but was enduring enough to last four seasons before being cancelled.

Faison is set to appear in Youth Group, Star Wars Detours and Spaced Out. That last one has back door pilot written all over it if you ask me. While Faison has had some troubles with money, it seems he is in a good position going forward.

Does Donald Faison have any children?

he has six kids. His first born is from a previous relationship, born in 1997 and called Sean. Kade, Kaya and Kobe from previous wife Lisa Askey and Rocco and Wilder Francis to current wife CaCee Cobb.

He is. I love their online back and forth, and when they interact in person they seem to be genuinely fond of each other. Warms the heart a little that. Braff is the Godfather to his son Rocco.

What was Donald Faison’s nickname behind the scenes on Scrubs?

Behind the scenes his friends and co-stars referred to him as That Guy From Clueless, referencing his performance on the movie and TV show.l Sarah Chalke, who played Elliot, was called Becky Number 2, in reference to her replacement role on Roseanne.