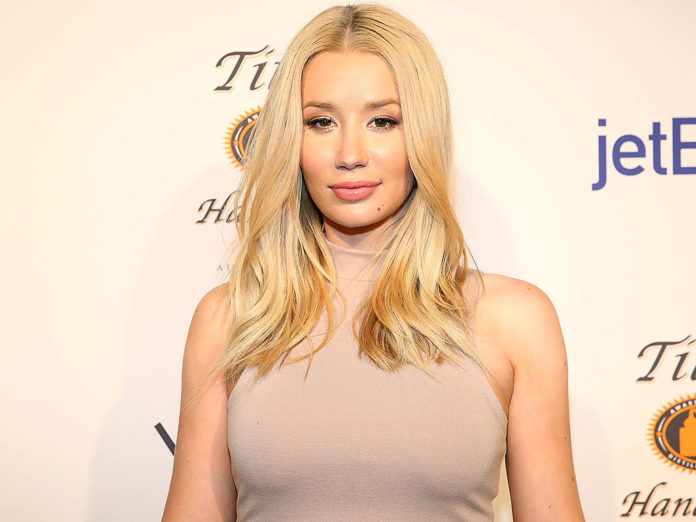 Iggy Azalea seemed to come up overnight. Although she was certainly doing stuff in the music industry for a good amount of time, she wasn’t really able to receive mainstream recognition until 2014. And when 2014 came around, she received a lot of it. These days, Iggy Azalea is probably one of the most popular (and controversial) female rap artists out there. Azalea has been able to acquire tons of different fans around the world, and these fans are known to show their support for her through various forms of social media. Sometimes, Iggy will even use social media as a way to interact with these fans directly. In this article, I plan on talking a little bit about Iggy’s career, before going in to talking about her social media presence.

Iggy Azalea, also known as Amethyst Amelia Kelly, was born in Sydney, Australia in June of 1990. Her father was an artist and her mother was a cleaning lady. Iggy came from a very humble background, and she was primarily introduced to art in the first place by her father, who painted and made comics. By time the time she was just 14 years old, she had begun to show a strong interest in rapping. Like a lot of aspiring rappers, she started out by forming a hip-hop collective with other up and comers in the area. However, this group was dissolved when Azalea realized that she was taking it a lot more seriously than the other members of her group. She was so serious about becoming a rapper that she ended up dropping out of high school and going to work so that she could afford to move to the United States. 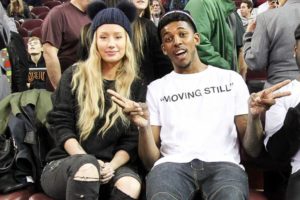 In 2006, Iggy was able to take this leap. She made most of her money by helping her mother clean hotel rooms and holiday houses. Iggy had yet to even turn 16, and she had already left home. (Originally, she told her parents that she was just going on a vacation, but she never came back.) Azalea’s logic was that the United States was in many ways the birthplace of hip-hop, and so if she went to live there, she would be happier. Azalea received her GED once she moved to the United States, and she had to return to Australia every few months to renew her visa waiver. She actually worked in the United States illegally until 2013, when she was granted a five-year visa.

In the United States, Azalea lived in a few different places. For a time, she lived in Miami, Houston, and Atlanta. It was also during this time that Azalea would acquire her current stage name. The female rapper faced a lot of opposition at first, with people thinking that her raps just weren’t very good. In 2011, she released a mixtape titled Ignorant Art, which allowed her to develop a little bit of an underground following. It allowed her to really get on the map, and it helped her get a record deal in 2011. This record deal would allow her to eventually release her debut studio album, The New Classic. Although Iggy encountered a lot of different struggles and she was juggled by a few different labels, she was finally able to release The New Classic with Def Jam Recordings in 2014. This album would propel Iggy straight into stardom, which she still exists within today. 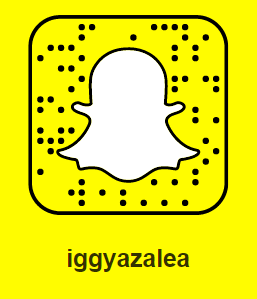 If you’re a fan of Iggy Azalea, then you would probably be happy to hear that she is on Snapchat. You can add Iggy on Snapchat by searching for her through her username, which is simply ‘iggyazalea’. Another thing that you can do is add her simply by clicking the direct link right here. You can also just scan her Snapcode, which I have included an image of for your convenience. Just scan the Snapcode using the official Snapchat app, and you’re all good.

Although Iggy Azalea probably doesn’t have a traditional Facebook account, she has the next best thing, which is an official Facebook page. You can find her Facebook page through @iggyazalea. I invite you to take a look at the page by clicking the link here, so that you can get a good sense of the kinds of things that she posts about on Facebook.

Although Iggy Azalea is popular on a lot of different social networks, without question her most frequently used account is on Twitter. Azalea has been on Twitter since 2010, and since then she has been able to get nearly eight million followers. Iggy’s official Twitter handle is @IGGYAZALEA, and you are free to check out what kind of stuff she tweets about just by clicking the link here.

Iggy Azalea is also a fairly frequent user of Instagram! As of this writing, she has over ten million followers on the image-based social platform. You can find her through her username, which is ‘thenewclassic’. Take a look at the entirety of her account by clicking the link right here.

I’m sure that there are many people who would love to have a conversation with Iggy Azalea. She seems like a really interesting person. However, I regret to inform you all that it doesn’t seem like Iggy has any kind of Kik account. If she does have an account with the messaging app, then it’s likely that she wants to keep that information private. I say this because she hasn’t shared any username or code with her fans. There are plenty of other ways to get in touch with Azalea through social media, though! It is also worth noting that this means that, if you encounter someone on social media who claims to be Iggy Azalea, they are probably being dishonest with you.