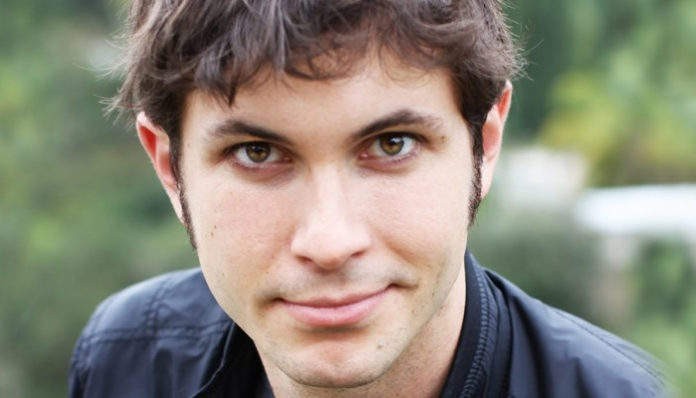 An internet celebrity, Tobuscus is perhaps best known for his content on Youtube. A former student at the University of Florida, he launched his channel whilst still a student there in 2006. A successful vlogger, he has since amassed over 6.2 million followers on his primary account. Aside from his work on Youtube, he’s also appeared a handful of times on television and film- for instance, he made his movie debut in the romantic comedy, New Low (2010).

Born on March 3, 1985 in Osborn, Mississippi, Tobuscus (Real Name: Tobias Joseph Turner) grew up in Florida after moving there with his family at a young age. Upon graduating from high school, he went to the University of Florida where he eventually graduated with a telecommunication degree. Having always been interested in film making, it was during his time there that his mother presented him with a camera, which he later used to kick start his career on Youtube.

At the age of twenty, the college student launched his main Youtube channel under the username “Tobuscus.” From there, he uploaded his first video, a comedy sketch based on the movie Click, which went on to garner a decent amount of views. As he continued to post new material onto his account, his following grew.

Then, a few months later, he achieved a certain degree of fame after posting a remix video titled, Don’t Tase Me, Bro!, which consisted of one of his friends being stunned by a police officer’s taser gun. An instant hit, it quickly went viral online, garnering thousands upon thousands of views within a short time frame. Before long, he found himself being interviewed by different platforms including MTV.

With that, Tobuscus’ subscriber count on Youtube grew further- it was the start of his online fame.

How popular is his main channel now? To date, he has amassed over 6.2 million subscribers on “Tobuscus.” As far as video views go, he has well passed the one billion mark.

Aside from his main account mentioned above, Tobuscus has since launched a couple more Youtube channels- for instance, he vlogs on the site under the name, “TobyTurner”. Dubbed “Lazy Vlogs”, the 32-year-old regularly posts unedited vlogs on a daily basis, all of which easily garner tens of thousands of views each. Currently, his top video under that account is, Justin Bieber Kisses Selena Gomez! which has since been viewed over 29.8 million times.

Though not as popular as his primary channel, his vlogging account has since amassed close to 2 million followers with more than 370 million lifetime views- which is impressive all the same!

In 2010, the Youtube star created a third channel, under the handle “TobyGames”. A gaming account as implied by its name, he posts a variety of Let’s Play videos on a regular basis. Since its inception, he has played and shared numerous game titles including Happy Wheels and Minecraft. As of September 2017, his top gaming video is that of Daft Punk “Get Lucky” Parody with 11.2 million views. Currently, the channel has over 6.7 million subscribers with more than 2 billion lifetime views.

Aside from his success on Youtube, Tobuscus has also appeared a handful of times on television and film over the past few years.

In 2010, he received his first film role in the romantic comedy, New Low as a stand-up comedian. Ultimately, it wasn’t until a couple of years later that he played a bigger part in the motion picture, New Low where he co-starred alongside Valerie Jones, and Jayme Ratzer. Premiered at the Sundance Film Festival in January 2010, the film’s reception was generally reception, with many critics calling it “hilarious.”

Later that same year, he played one of the main characters in the slasher horror film, Smiley (2012). Playing the role of Mark, he was joined by actors Caitlin Gerard, Melanie Papalia, Shane Dawson, and Andrew James Allen.

Most recently in 2015, Tobuscus returned to the big screen as a cameo in Stephen Herek’s comedy drama, The Great Gilly Hopkins.

As far as television series go, he made his debut back in 2008 in the pilot episode of Stranger Things. Since then, he has landed a regular role in the animated live action series, The High Fructose Adventures of Annoying Orange on which he plays the part of Nerville. In 2015, he also appeared briefly as a game host in the popular police procedural, Law & Order: Special Victims Unit.

As expected from a Youtuber, Tobuscus has also appeared in several web series, some of which include the shorts Olga Kay Goes Haywire (2012), FART with Toby Turner (2012), Dead Island: No Retreat (2013), Ear Troll (w/Tobuscus) (2013), and Terminator Genisys: The Youtube Chronicles (2015).

In 2014, the internet celebrity signed a three-book deal with the publisher Tegen Books. The first book of the series (an illustrated journal) based on Tobuscus Adventures was released in the fall of 2015. Since then, a second book has come out in 2016; the third and final installment of the series will be released later this winter. 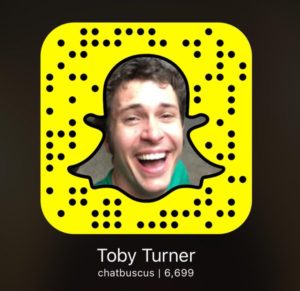 Want to follow Tobuscus on Facebook? You can do so by liking his official page at @Tobuscus- be sure to check it out for the latest announcements as well!

Now you can easily stay atop of the star via Twitter- you can find him on the platform at @TobyTurner.

If you feel like adding him on Instagram, you can find the Youtuber on the photo sharing app at @tobuscus.

As mentioned earlier, Tobuscus has three Youtube channels- he has his main account at @Tobuscus, a gaming channel at @TobyGames, as well as a vlogging account at @TobyTurner.