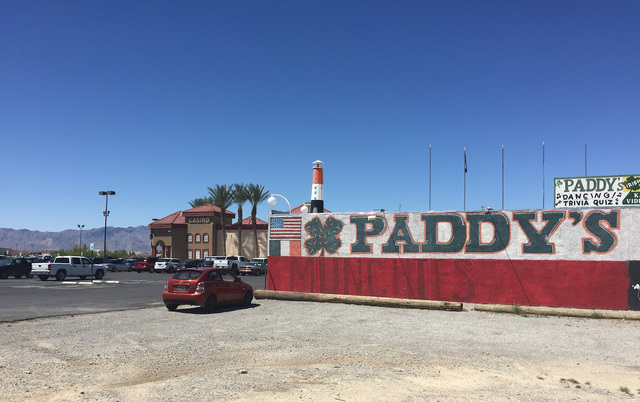 In 2006, Pat Rogers bought Paddy’s Pub, a former roadhouse bar in the town of Pahrump, Nevada. She was THE boss – she ran the bar for about 9 years, while her son, Russ, was the acting general manager. In the beginning, Paddy’s Pub was hot and met with zealous support and business. The town was in a bit of a boom period then, so everything they did was absolute gold. For Pat, the bar was more than just an investment, it was a future for her and her son. The goal was to put Russ in a position where he would have a job for the future. Pat agreed to step back and let Russ take over of the day-to-day operations of the bar.

Within six months of taking over, Russ and his staff began to play at the bar more than they actually did work. To make matters worse, Russ was diagnosed with corneal degeneration which essentially causes the person to go blind. He would lean heavily on Tawna, who was hired on originally to do just a few hours a week as a bookkeeper. However, as Russ’s vision deteriorated, her job duties have increased 10-fold. She is dedicated to keeping the bar together, the staff all says.

As business dwindled, Russ once again turned to his mom for help. He asked for $26,000 from his mom, which was not enough, as he borrowed another $15,000 from Tawna. Her entire life is wrapped up with the pub, and she even has two kids at home that she must worry about. Now, 18 months into his ownership, Russ has strained his relationship with his mother and the debt continues to pile on. He has taken well over $100,000 in debt, and the stress can easily be seen in all of the staff’s faces. The bar can close in around a month, and in order to save Paddy’s Pub, Russ and Pat have called in to Jon Taffer and Bar Rescue.

Jon and his car with two experts pull up to the front of Paddy’s Pub, which is 63 miles out of Las Vegas. Next to Paddy’s Pub is a casino which shares the same parking lot, and the casino is absolutely beautiful – it’s vividly lit with bright colors and a graceful facade. You can go in that casino and pay $2 on a slot machine and get a free drink, so why go to Paddy’s Pub for anything? The pub blends in with everything. This may be one of the largest challenges ever, Jon says, not just due to the building and the failing bar, but also due to the fact that there are 0 cars on the road. Pahrump only has a population of 13,000. They truly are in the middle of nowhere, expert mixologist Daniel Ponsky says.

Jon continues on – the median age is 53 years old, the median household income is $46,000 (25% less than the country’s income), and expert chef Vic Vegas says that while they may be 60 miles from Vegas, they’re in a whole different world for this bar rescue. The front of Paddy’s Pub is decorated with clovers, although when you walk in, there is not one Irish thing about the bar (other than the green lights.) Jon, however, says that green lights are awful and that the neon color makes women look horrible – it’s the “anti-color.” The green lights are everywhere.

At the bar, Pat and Russ have a discussion, but Pat begs to go to the back where customers can’t see or hear them. Jon explains that Pat is 81 years old and is trying to pass the bar onto her son. Russ has been running the bar for a little more than a year, and since then, he has blown $100,000 on remodelling and equipment. Pat must be the one to write checks every month to make up for the shortfall of profit. Russ has some serious medical challenges, as well, due to his degrading corneas. He also has a speech impediment, and only has maybe a year before he loses his sight completely. This truly is “mission impossible.”

Tawna, the bookkeeper of the pub, has been thrown behind the bar just for an extra body. Russ has convinced Tawna to give him the $15,000 to help the bar, so this bar in this town has three individual lives dependent on its success. There is a kitchen in Paddy’s Pub, but it is closed – if you want something to eat, you have to walk across the street to the casino. The kitchen is being used as an office/storage room, and there is even a toolbox in it.

While the bartenders work on mixing drinks, Daniel Ponsky points out numerous of the elementary flaws in their technique – while the bartenders pull out a jigger to use (used to mix the drinks and aerate out the alcohol, resulting in a much richer flavor), the jigger is never even used. One of the bartenders is late for her shift, causing them to be short a bartender. She was supposed to be in at 9:00 and it’s now 10:00. Tawna is the one dealing with the situation while Russ paces around and monitors the bar.

Two patrons at the bar, a younger couple, order something sweet and fruity. Jon points out that this is the type of clientele that they should be attracting. Unsurprisingly, the cocktails that the bartenders mix are sloppy, and they even make a drink that’s 50% whisky, 50% cola. It should be about 25% whiskey, 75% cola, and the couple tastes their drink and flick their tongues – the sign of a too-strong drink. Brooke, one of the bartenders, mixes a drink with milk and does not clean up the spill; rather, another bartender, Brittany, is the one to clean up the spill. Pat is trying to teach Russ a lesson, although he blows her off and walks away. Pat clearly does not want to be there at this point in her life. She was actually the one to call in Jon Taffer due to Russ’s ineptitude.

Pat knows the problems, but cannot get Russ to fix them. Russ’s own physical problems compound the situation, and now there is a definitive ticking clock on Paddy’s Pub lifespan. Unfortunately, Jon has seen it fit to storm into the bar and stop Russ from joking around and horsing around and start acting like a real owner. 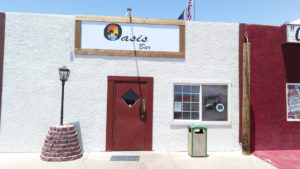 Paddy’s Pub was renamed to Pat’s Courtyard Bar and given a different motif than the typical Irish pub. The center of the bar is the “courtyard” and is surrounded by 4 different areas, which helps to give the bar a bit more of a lounge feel. While the name Pat’s Courtyard Bar did not last very long, they renamed the bar to “Paddy’s Pub” again, then finally settled on “Oasis Bar.” Thanks to Vic Vegas, The Oasis Bar is now known for its delicious sandwiches. Jon brought in billiards, beer pong, dartboards, a new dance floor, and Russ and Pat have even hired on an in-house DJ that plays five nights a week.

The Oasis Bar only has a few reviews, but all of which point to the renovation being positive. On Yelp, there is a 4.3 star review across only 9 ratings, and Google and Facebook both have less than 5 reviews each but a stellar 4.5 star review or higher.