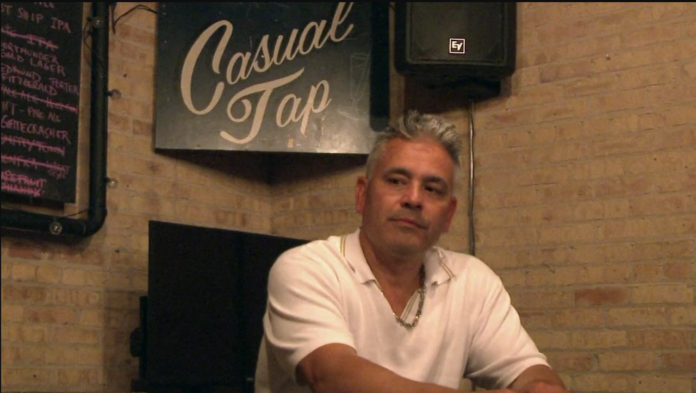 The Casual Tap Before Bar Rescue

This episode of Bar Rescue starts with an interesting clip – Jon Taffer and an expert pull up to the front of The Casual Tap, but the doors are locked, and there is no signage. Both of them look absolutely confused, and the clip cuts away. Surely enough, The Casual Tap is located in the heart of Chicago, Illinois, and the unusual opening clip has lead to an interesting revelation – The Casual Tap will receive a second chance.

The strict firehouse schedule forced Steve to close early some days, and the erratic hours have lead to a drop in customers. Doing both seems possible, as the bar could be the late night business and the firefighting could be the early morning business for Steve. However, getting up in the mornings for the firehouse gets tough. When Steve stepped away from the bar, he left his staff to run it, which resulted in no control and no order. As the stress mounted, Steve became more overbearing. Working for Steve can be difficult as he is a micromanager, and it’s his way or no way. That’s with everything he does.

A search for a manager became more vital when Steve began to burn out from working the firehouse by day and the bar by night. He knows that he needs help and a proper manager, but unfortunately, bartender Louie did not work out like intended. Louie was meant to be the manager, but ultimately, he did not listen and does not listen to Steve as a boss. As The Casual Tap began to lose customers, Steve started to lose hope for his bar. The bar began to decline until it reached a point where it began to lose $4,000 a month. The bar does not have a POS system and patrons are required to pay with cash. The Casual Tap’s total debt ranges in the $700,000 range, and Steve is desperate for Jon Taffer to come in and perform a miraculous Bar Rescue. This Bar Rescue attempt commences 3 months after The Casual Tap has been closed down.

To make matters worse, Steve’s daughter is in the final stages with Huntington’s Disease. Huntington’s Disease is a genetically inherited neurological disease, which causes the progressive breakdown of nerve cells in the brain. Almost all cases result in death from complications due to the disease. Tragically, his children all have a 50% chance of inheriting the disease.

The Casual Tap on Bar Rescue

Surely enough, The Casual Tap is completely closed, but Jon says that they need to go to the firehouse where Steve works. Expert mixologist Rob Floyd has joined Jon in this little adventure. In the area of Chicago where the bar is, the median household income is $58,000, which is $5,000 higher than the national average – a great, working income. The median age is 38, which really makes the neighborhood a blue collar, working man’s neighborhood. Eventually, Jon and Rob arrive at the firehouse for Steve. He immediately mentions that Steve saves people every day, and now Jon is here to save him.

Steve admits that he recently closed the bar down, with the number one reason being his family. The bottom line is that Steve cannot let his daughter go through this alone. The family crisis made Steve give up the bar. Steve had been promising his children for the past 10 years that he could get the bar up and running, although now he’s buried even deeper than he was when he first started. The bar has stripped Steve of resources that he could be using to protect his family. This is the very first time that Jon has rescued close. However, there is nothing but respect in Jon’s eyes and the two plan to reopen The Casual Tap tomorrow.

The next day, Steve enters the bar. His past staff of four members are there waiting for him, and all four are in the process with Steve. Almost all of the employees missed working at The Casual Tap. Bartender Louie admits that they have no real plan, so they’re in for a “sh*tshow.” However, Steve does not feel that his staff trusts him. The bar is a little under equipped, and none of the staff feels like they are comfortable being behind the bar.

Jon enters the bar after the staff has spent some time cleaning and preparing. Since Jon did not have the opportunity to perform recon, he wants to spend time with the staff and find out why the bar was failing months ago. This will also create the opportunity for a recon operation, where he can judge the staff and more importantly, Steve. Jon then realizes that there is no draft beer available, which is ironic for the name “The Casual Tap.” People often come in and ask what type of tap beer they have, but they have to tell the customers that there is no tap beer.

Rob Floyd then enters the bar, and his duty is to sit behind the bar and evaluate the staff, as well as play the role of a customer. Jon has lined up 50 customers outside to flood the bar. Surely enough, Jon and Steve step outside and invite all the customers in. The entire bar is packed. However, things fall behind and drinks take a long time to come out. The lack of a POS system that can accept credit and debit cards drives some customers away. However, there is an ATM in the bar with an outrageous surcharge fee. The entire show is a mess, and there are no menus. The bartenders are poorly trained and the bar is poorly equipped, and most customers are told that they either cannot accept credit/debit cards or that there is no beer on tap.

Unfortunately, The Casual Tap does not appear to have reopened. The bar was closed before Bar Rescue visited, and remains closed long after Bar Rescue has left. While this episode was filmed in September of 2016, no mention has been made in the entirety of 2017 about the bar. No reviews on Yelp can be found that existed prior to 2017. For all-intensive purposes, it seems like this episode was a bit of a waste. The Chicago Tribune, a local newspaper, even interviewed Steve Magana who said that the bar would not be opening anytime soon. However, if the bar were to open, he would use the exact same layout that Jon Taffer left behind. The Facebook page for The Casual Tap has not been updated since November of 2015.

Although the bar itself seems like it will never resurface, a lot of good came out of the alliance between Jon and Steve. The two combined to donate more than $1,000 to the Huntington’s Disease Society of America in October of 2016, and Steve has taken a much more active role in the promotion of the disease. Fortunately, it does look like Steve’s daughter is still alive, as her Facebook is active as of late September.