EaseUS Data Recovery Software Review: Can I Get Back My Lost Files?

One of the most common questions I’m presented with when helping people with their tech issues is how the person can recover a lost file, a critical folder, or even an album of family photos before they lose a grade, a job, or their life by the hand of their partner. And in the past, I’ve had to get pretty creative about how I told people to do it if I couldn’t get there myself. Nowadays though, there is an absolute ton of software available claiming to recover files, folders, partitions, that cat you had when you were a kid, everything. Here, we’ll be taking a look at just such a program from the ground up and determine if the EaseUS Data Recovery Software is worth the download and the price. 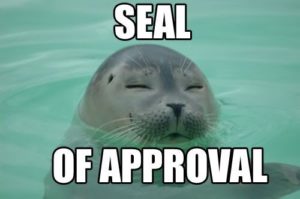 In short, no. As a matter of course, whenever I get around to reviewing some new software, I don’t load it unprotected into my machine. I instead set up a Virtual Machine and have it (potentially) wreak havoc inside that sandbox until I’ve determined it safe or deleted it. In the case of EaseUS, there was no abnormal behaviors noted nor did anything come up as fishy through multiple scans of the software. So far, EaseUS Data Recovery has my Seal of Approval.

Question 2: What Features does EaseUS Data Recovery Software Have?

The answer to this is mostly dependent on what you’re willing to pay, though even the cheapest version (free) has some pretty great features. First of all, if you can plug it in, chances are the software claims you can recover files from it. Hard drives, SSHDs, USBs, cameras of all sorts, and even zipped, partitioned off data can all be recovered using even the base version, though it does limit you to 500MB when trying it out (more on that later), and an additional 1.5 Gigabytes if you share your experiences using the “share” button to post to social media. The other key feature for the free version is you can export or import scanning results, so you can save or transfer them for later use. The next step up is a $70 version that has no data cap, as well as free lifetime tech support, and the final version for $100 covers all the above, as well as the ability to create a bootable recovery disk if your main machine decides to give you the good old Blue Screen of Death. 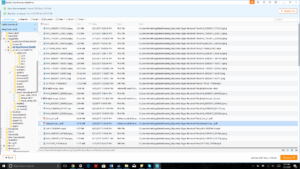 Now this is where the fun starts. I downloaded it onto my primary laptop from Easeus.com , which in and of itself was one of the better websites for this kind of product that I’ve seen in some time. The download itself was rapid, and deployment was just as fast. Based off a Wizard interface, the layout of the program is remarkably simple and has no real “flash” about it, though we’re here for performance and not looks. After starting up, you are presented with a simple interface which asks what disk or device you’d like to scan. For our purposes, I did 4 full scans: One on my standard internal hard drive, and then 3 different USBs. These USBs were a perfect testing mix, as one was relatively new with no real damage or major changes to it, another with significant wear and tear, as well as having been corrupted multiple times, and a last one which I usually use to run a Linux Kali distribution on for penetration testing, which required full formatting and partitioning of the USB on a semi-regular basis. For each scan, I was curious to see exactly how far back this program could go, so I relied on it to recover deleted files consisting of primarily text and image files.

For the PC itself, the sheer volume of what was recovered was overwhelming. With the initial quick scan function, there were a total of 12 Gigabytes worth of files which were made recoverable, and the deep scan (which took around 40 minutes) found an order of magnitude more. Now keep in mind a vast majority of these files were wholly useless, or fragments of deleted programs, or temporary files which just displayed ASCII coding when opened for preview. This preview function will come to be essential, as with the limit of 500mb at my disposal, I didn’t want to incorrectly guess what files I should recover only to notice they are nothing but garbage text. Now, in terms of images, this scan did reveal things I had deleted well over a year ago when I first got the PC, and recovered PDFs from around that time too, which is excellent. This sort of result happened yet again on the newer USB drive, with a much more rapid deep scan.

“Well that’s great” I hear you saying, “But what about when there’s a hardware problem? Can it get files back then?” As it turns out, in most cases it can. After giving both the PC and the newer USB the once over as practice, I figured a real test was in order with the corrupted USB. To give you a frame of reference for how worn down the corrupted one is, I’ve often found that most PCs don’t take to it the first, second, or even third time and 9 times out of 10, I can’t even access the files even if it does register as plugged in. After a few attempts at plugging in the USB, it did finally register, and just as the last section, was able to recover a great deal of my own files. Of course, not remembering where I had gotten the USB, it also recovered a group of files from early 2013 that did not belong to me, and it took me several moments to realize that as I looked over wedding photos trying to remember if I had ever known these smiling people (as it happened, I didn’t). If that isn’t testimony to the product working, the final test certainly should be.

As mentioned before I’m a big fan of web and computer security products. As a result, I almost always have a USB with Linux Kali on it while I’m out doing a job, which used to be used for pictures, files and music. Unlike the previous scan options, when plugging in this USB, it gave me the option to check the partitions or the whole USB, which is a nice feature, and I did both to be sure. The first recovered all of the formatted files, and the latter did all of that as well as showed a few image changes that have happened through the years. So in closing, does it work? Absolutely.

Question 4: What are the good points of EaseUS Data Recovery?

So, with “does it work” out of the way, let’s take a look at some of the things this recovery software did really well.

Aesthetic can be a tricky thing. If it’s too simple, most users will have trouble finding the more elegant features, but if it’s too outwardly complex, it’ll scare away people looking to do simple tasks. EaseUS decided to throw creativity out the window with this program and went with what was tried, true, simple and effective. The Wizard format gives you everything you need all on one window, and in an easy to see and understand format.

Suffice to say, if you have over 100,000 file listings, you don’t want to recover all of them. You may only want to recover one, as a matter of fact, and that recovery time can really vary. So what is incredibly useful in this program is the preview feature which lets you (usually) actually see the file before it’s recovered. So long as it’s under 100mb, it seemed to work perfectly, when it did work. Certain audio file and video file types didn’t seem functional, though, and this will be revisited on the next section.

As mentioned before, 100,000 files can lead to a mess very quickly if you’re just looking for one picture or PDF. It’s a good thing then that this program has a few organizing features that makes looking for said item a bit less stressful. First, throughout the scan, being able to select only certain file types to show is amazing (though keep in mind, .dat and .png will be literally everywhere if you are running Windows) and the left hand side showing previous location is also great. You can combine both features alongside the search function (if you can remember the file name) as a means of really speeding along the process.

Like any program, there’s both good and bad parts to it, though most of what is wrong here seems to be either small issues or things that can develop and get better over time. 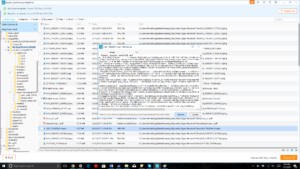 Now, as I said, PDF and image files typically end up recovering just fine, even a few data base files have ended up perfectly recovered which was something I was rather surprised about. That being said, audio files and video files in particular is where this program seemed to really struggle. Out of the nearly 20 I attempted in either category, I got one video file to work, and that was all, and even with that one it was a blind recovery with no preview data available (aside from what’s shown in the accompanying image). I totally understand that file formats can be a huge problem, but it’s not great that I’d probably try other methods before suggesting this to someone who deleted a wedding video.

No Scrolling Option for Preview

I really do enjoy that the people behind EaseUS Data Recovery had the decency to put a good preview feature in their software. What I don’t enjoy however is the need to remember where I am in the file stream to keep inspecting images for files for a specific picture or title. A scrolling option similar to Google Drive’s preview would be a great addition.

Overall, this program is simple, fairly reliable, and a great tool to have on hand. Personally, I’ll be keeping a copy on a USB to use whenever someone needs me to recover files for them, unless it’s the aforementioned video files. I wager it’ll be incredibly useful for clients who lose or delete business files regularly, and also in terms of security can show people why they need to physically destroy media instead of just deleting it. Consider this: If I went dumpster diving at any company with Kali and this in hand, I could recover all manner of financial data, internal memos, basically everything you don’t want the bad guys getting. And I could do it on my own time, without anyone knowing about it until it was far too late. For this purpose, the EaseUS Software would be scarily good.

In closing, would I recommend this to a friend or even you, dear reader? Absolutely. I would just also recommend that if you never want any data out from your devices again, you take a few friends to an outdoor range and use those USB sticks and Hard Drives as target practice. Just remember to clean up afterwards.