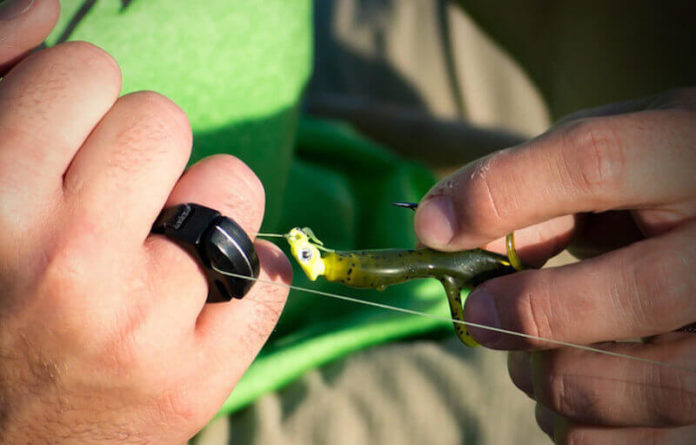 Vance Zahorski has been in sales for over 14 years, though most of his ventures have been in the appliance and mortgage industries. He knows how to represent himself and the businesses he works with, which is why he has been so successful in his career. However, it wasn’t until Vance decided to combine his love of business and passion for fishing that he began his own company, Line Cutterz, in 2014.

As someone who spends a great deal of his time fishing, Vance is very familiar with the 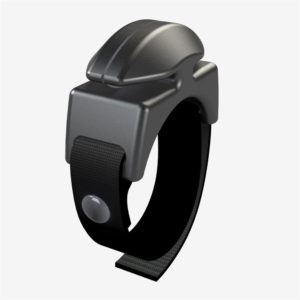 common woes of a fisherman. When you’re out on the boat, the waves can make things a little unsteady. This can become problematic and slightly dangerous when you are trying to cut your fishing line. Most of the time fishermen use their teeth, scissors, or a knife to get the job done, but you can see where there might be the potential for an accident to happen.

Wanting to eliminate this room for dangerous error, Vance made a handy little invention that he was sure fishermen everywhere would love. He created a ring that has a blade inside it. This makes it incredibly quick and easy to cut fishing line. Not to mention it is also very safe as well.

After he launched Line Cutterz, Vance created quite a following. People loved this product and helped propel his business forward. He later introduced another ring that holds a fishing hook in place so you can safely knot it to the line. It didn’t take long for his fishing inventions to start being recognized on an international scale. Line Cutterz has the potential to turn into something massive, but Vance needs some help to get it there. And what better place to look for an investment in his fishing company than the Shark Tank? 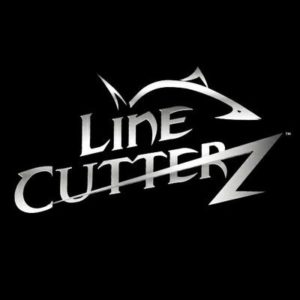 Entering the Shark Tank, Vance asks the Sharks for $120k in exchange for a 20% stake in his business. As someone who has been fishing since he was four years old, Vance knows the ins and outs of that lifestyle. It is “in his blood”, as he says in the episode.

While attending a friend’s wedding, he and a few guys were out fishing on the beach. Vance ended up catching a small shark on his line and when he reeled it in, it thrashed around and became tangled in the fishing line. In the midst of all the chaos, he dropped his knife in the sand, stepped on it, and nearly cut off one of his toes.

This story is just one of many. There are thousands of people out there who also have a passion for fishing and have encountered some close calls, or maybe weren’t so lucky and actually ended up getting hurt. By launching his Line Cutterz ring, Vance hopes to minimize these harmful accidents so people can have a safe and enjoyable fishing experience.

Since opening his business to the public a year ago, he has made around $280k. It may not seem like a lot, but it’s pretty decent for a company that is still so young. Hoping to entice the Sharks a little more, Vance shows them just how versatile his Line Cutterz ring really is. First, he cuts a standard fishing line with no problem. Then he goes through a few other lines until he finally gets to a fishing line that can hold a 200 to a 300-pound shark, and his ring cuts through it with ease. The product quality is there. It works incredibly well and there is no way he could cut himself with it either, so hopefully, the Sharks can see the opportunity here, since no one has ever made something like this for the fishing industry before. 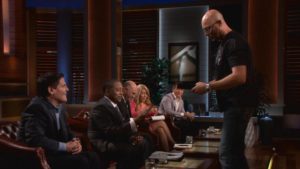 After he passes out some samples to the Sharks, Vance reveals that his ring would also do well in another multi-billion dollar industry. The ring can cut through thread, yarn, and embroidery thread like butter. This means he can tap into two huge markets and make a huge profit off of his Line Cutterz rings. All he needs is the help of a professional to get him to where he needs to be.

Robert Herjavec is the first Shark to start nibbling. He asks how much it costs to make and how much he is selling them for. Each ring only costs about $1.60 to make and retails for around $12. As of right now, there are over 100 retail locations that he is selling his Line Cutterz rings in, but he is hoping to expand to even more in the upcoming year.

Vance was able to speak with Walmart about potentially vending his product, but they were unable to come to an agreement with the numbers. They wanted to be able to sell the rings for $4.99, which shouldn’t have been a problem considering the margins, but Vance declined for various reasons. By selling his product so cheap, he would be upsetting the other locations he is currently supplying. This wouldn’t be good for his company considering it is just barely a year old. Kevin O’Leary thinks he made a foolish mistake by declining their offer, but Vance wants to continue building his brand.

Rings aren’t the only thing he plans on selling. Since starting Line Cutterz, he has begun offering apparel merchandise to customers. As soon as he mentions the clothing line, all the Sharks sigh dramatically. The fashion industry is a savage one and it’s hard to make a profit in it. They all believe he should focus on his one product before branching out into another direction.

Herjavec chimes in again to share a story of how his grandfather used to have a ring that was similar to this. He also believes that there will be competitors who will come after this design and be quick to make knock-offs of it. Therefore it seems to be too risky an investment so he doesn’t make an offer. Mark Cuban is also unwilling to make an offer, but mostly because he isn’t that big of a fisherman and isn’t all that familiar with the industry itself.

Next up is Daymond John. Before he makes any decisions, he wants to know what Vance plans on doing with the money if he were to get it. With the $120k, he would put it into marketing, inventory, and hire help. As of right now, he is running two companies on his own and has designed the websites himself. Vance also builds the displays for his products and is pretty much wearing himself thin. The only way Line Cutterz is going to get where it needs to be is if he is able to hire people to help him manage it all.

Deciding that it is a company worth investing in, John makes Vance an offer of $120k but for a 40% stake in Line Cutterz. That’s 20% more than he was originally looking to give. Although he is grateful for the offer, Vance opens the floor for the two remaining Sharks to make an offer before he accepts or decline John’s.

O’Leary takes his turn to speak. He makes it clear that he disagrees with Vance’s decision 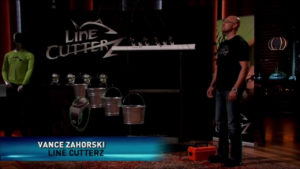 to decline the Walmart offer. However, he begins hinting towards maybe going in on John’s offer. Before he can finish though, John interrupts to address Vance. He wants to know if Vance is really willing to wait until O’Leary makes his offer, because John’s may change after that.

Having come so far, Vance still wants to hear what the remaining Sharks have to say. After that, O’Leary confesses he has no interest in investing and is out. That leaves Lori Greiner who thinks the product is a genius. She really loves the brand and thinks Vance has a charismatic personality. However, she too doesn’t like that he rejected the Walmart deal and thinks he is setting prices too high. She is also out.

All attention returns back to John, who is the only Shark that made him an offer. Instead of raising his equity, John stands by his original offer. 40% still seems like too much to give away when Vance fought tooth and nail for this business. He continues to give John counteroffers until they finally settle on $120k for a 33% stake. 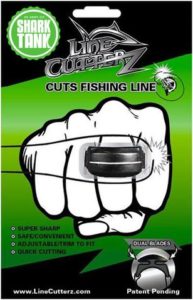 After appearing on the Shark Tank, Line Cutterz continued to grow as a business. Fishermen love the product and definitely see the value in it. However, it doesn’t seem like there has been a lot of money invested in web design and marketing. By visiting their official website, you’ll find that the layout is a little outdated and not as polished as it probably should be. They are still selling a plethora of products though, which means business must be doing well enough.