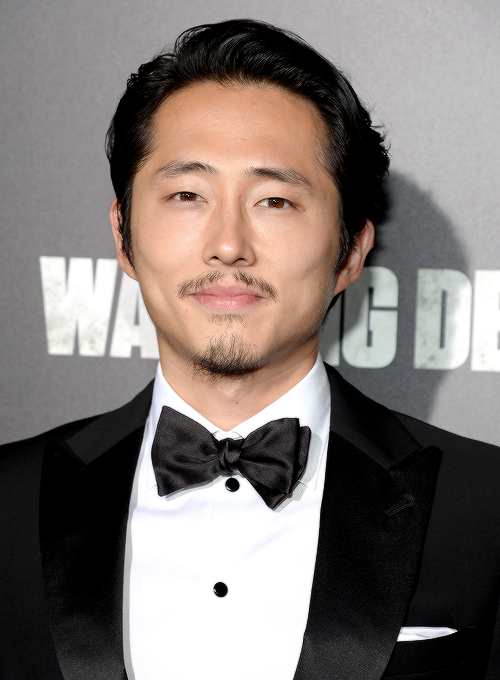 The boom in “zombie apocalypse” media has given birth to many successful books, video games, and television series. Although the trend is less popular today, The Walking Dead is one of the few shows in the niche that has managed to hold its audience captive. The Walking Dead gave many young aspiring actors a chance to break into the mainstream, including Steven Yeun. Starting from 2010, he portrayed the character Glenn Rhee on the show until his character was killed off in 2016. Yeun has appeared in 12 films and 18 TV shows.

Steven Yeun got his big break in 2010 when he first appeared on The Walking Dead as Glenn Rhee. He appeared in 7 seasons of the show and was paid an estimated $60,000 per episode, slightly less than his co-star Norman Reedus (who portrays Daryl Dixon on the show). Yeun’s performance on the show brought him enough critical acclaim to move on to other shows. Yeun has also voiced characters on shows including The Legend of Korra, American Dad, and Robot Chicken.

Steven Yeun has also appeared in many films, including I Origins, Mayhem, and Okja. He will also appear in the films Sorry to Bother You and Burning, and also the TV series Final Space, all of which are slated for release in 2018. Steven Yeun is also a popular voice actor. Yeun has voiced characters in shows like American Dad, The Legend of Korra, Voltron: Legendary Defender, TrollHunters, Stretch Armstrong and the Flex Fighters, and Robot Chicken.

How Did Steven Yeun Earn his Money and Wealth?

Steven Yeun was born on December 21st, 1983 in Seoul, South Korea. His father worked as an architect in Korea before moving his family to Regina, Saskatchewan in Canada, and later to Troy, Michigan. Yeun’s parents acquired several beauty stores in Detroit to support their family. Yeun’s birth name is Sang-yeob Yeun – he was given the nickname “Steven” after his parents me a doctor in America with the name.

While growing up in Michigan, Steven Yeun lived a fairly normal life. He studied hard in school and sometimes helped his parents with their stores. Yeun did not think about acting until his freshman year at Kalamazoo College when he watched the schools improv group Monkapult perform. He auditioned for the group shortly after, failing his first audition but successfully joining the team during his sophomore year.

Unfortunately, Steven Yeun’s parents were not too excited about his acting plans. Despite their disapproval, Yeun continued improving his acting skills while he studied. Yeun eventually earned a Bachelor’s degree in neuroscience. However, Yeun’s passion for acting made the eventual layers of dust on his degree inevitable. After breaking the news of his plans to his parents, they reluctantly agree to give him two years to make a name for himself. If Yeun would to fail, he would have to return home and study to be a doctor or a lawyer.

While honing his skills with Monkapult, Steven Yeun befriended the sister of political commentator and comedian Jordan Klepper. Klepper invited him to Chicago to join the famous improv comedy troupe The Second City. In 2007, Yeun landed his first significant role – he voiced a North Korean soldier in the video game Crysis. He voiced the same role for Crysis Warhead in 2008. Later in 2009, he appeared in the films The Kari Files and My Name is Jerry. He also appeared in an episode of The Big Bang theory in 2010. He also appeared in the short films Carpe Millennium and Blowout Sale the same year he first appeared on the Walking Dead.

Yeun moved to Chicago in 2005 but later moved to Los Angeles in 2009 to audition for The Walking Dead. The Walking Dead began in 2010. By its 3rd season, the AMC horror drama was the most watched show by people aged 18 to 49 of all time. The Walking Dead was one of the most successful zombie apocalypse franchises (although the show purposely avoids the word zombie, instead the show calls them “walkers”). The series is based on the story of survivors of a widespread brain infection that leaves them as some of the few survivors, forced to fight off hordes of walkers while rebuilding society.

Yeun portrayed Glenn Rhee in The Walking Dead until 2016 when the character was killed. During and after The Walking Dead, Yeun appeared in an episode of Law and Order: LA and Warehouse 13 in 2011. He also appeared in episodes of the TV parody NTSF: SD: SUV:: and the comedy Harder Than it Looks in 2012. In 2013, Yeun appeared in the satire Filthy Preppy Teen$ by Adult Swim. He also appeared in its sequel Bajillion Dollar Propertie$ in 2017. Yeun then appeared on the TV show Drunk History and the sci-fi film I Origins in 2014, followed by Korean Drama Like A French Film the year after.

In 2016, Steven Yeun appeared in an episode of Conan. Yeun and Conan became good friends after Yeun accompanied Conan on a trip to South Korea several years prior, and reappeared for a similar special due to popular demand. Yeun regularly visits South Korea to visit family and connect with his heritage.

Is Steven Yeun Married or in a Relationship?
On December 3rd, 2016, Steven Yeun married his girlfriend of many years photographer Joana Pak. The couple has a son named Jude Malcolm Yeun together. Joana often takes photos of Yeun’s social media profiles.

Where Does Steven Yeun Live?
Steven Yeun and his wife Joana alternate between their residences in Fayetteville, Arkansas and Los Angeles, California. In 2013, Yeun purchased a 2.3 million dollar modern home in Los Feliz, Los Angeles – in cash.

What Other Projects Is Steven Yeun Involved in?
Steven Yeun is an investor in his brother Brian’s restaurant The Bun Shop, a Korean fusion restaurant situated in Koreatown, Los Angeles. Yeun also enjoys travel and photography.