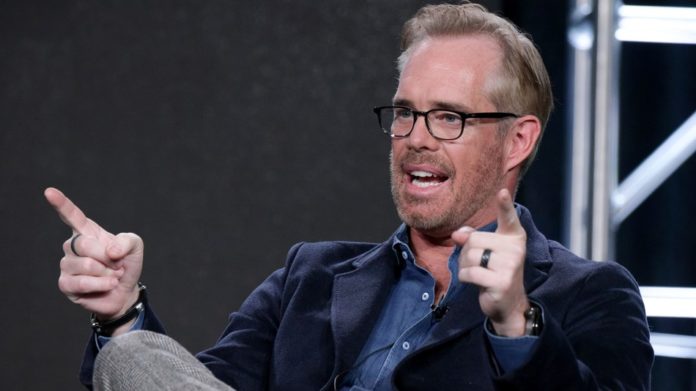 Joe Buck has one of the most recognizable faces and voices in all of sports broadcasting. He has been one of the head commentators for Fox Sports for years now and has called games in a wide variety of sports, including baseball, football, soccer, golf, and more. However, though he is really famous and has made tons of money and has won numerous awards for doing what he does over the years, he is by no means a popular figure in the sporting world. He gets called out for being biased towards and against certain players and teams. Some people say that he only has his position because of his dad. Others say he doesn’t have the right temperament for calling sports, as he often makes mistakes or doesn’t seem to get excited enough. He’s a polarizing figure, but he’s here to stay, so let’s take a look at how Joe Buck went about making his millions.

How Did Joe Buck Make His Money and Wealth? 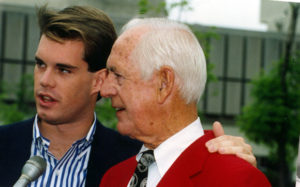 Joseph Francis Buck was born in St. Petersburg, Florida, on April 25t, 1969, which means that, though he has been in the game for years, he is still only forty-eight years old, which is quite a bit younger than your average sportscaster. For instance, fellow broadcaster Dick Vitale is nearly eighty. The Buck family moved from Florida to St. Louis. He started broadcasting when he was twenty years old, while still an undergrad. He did the play by play commentary for the Louisville Redbirds, who were a minor league squad for the Cardinals. After a couple of years doing that, with the highlights coming when he got to do things like call in the all-star games, he started doing Cardinals broadcasts on the radio and small local television stations. Around this time, he started calling basketball broadcasts as well, for the University of Missouri.

He was hired by Fox in 1994, which, crunching the numbers, means he was only twenty-five when he was picked up by one of the largest networks in the United States, which is certainly impressive, although Buck himself has admitted that his early successes and entry into the market can largely be attributed to his father’s influence. He holds the honor of being the youngest person to ever be the announcer of an NFL game on network TV. Two years later, by 1996, he was the lead broadcaster for MLB baseball, calling games alongside Tim McCarver, who had called games alongside Buck’s dad. Speaking of Buck’s dad, he died in 2002, and Joe did a tribute to his father by announcing “We’ll see you tomorrow night” at the end of a game, which is a phrase that has been famously used by his dad. He continues to use the phrase during important moments at the end of games, sometimes modifying, as he did when he called “We’ll see you later tonight” after a 12th inning home run by David Ortiz, making a joke out of how long the game had gone.

Currently, Joe Buck is paired with John Smoltz, although the lineups are often changing. Buck has been the play by play announcer for more World Series and more All-Star games than any announcer who is currently calling sports on network television. He still does NFL games as well, and on one day in 2012, he called a San Francisco 49ers game in the early evening, and then took a trolly across town to call a playoff San Francisco Giants game later that evening, which is surely a remarkable achievement. This kind of multi-sport ambition represents why he has been able to become and remain such a success and rack up such high earnings. In 2014, he was an announcer for the U.S. Open golf tournament, and he had his own sports show on HBO for one year called Joe Buck Live, which was not a success by any means. Earlier in his career at Fox, he was also a commentator for things like bass fishing and horse racing. He does talk radio, tons of commercials, as well as comedy videos from time to time. He published a book called Lucky Bastard last year and is a frequent host on late night talk shows.

In 1993, when Joe Buck was first getting started out on Fox, 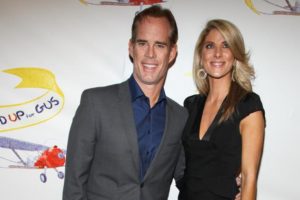 he got married to Ann Archambault, whom he had been dating since middle school. The two were married for years but got divorced in the year 2011. Only three years later, on April 12th of 2014, he got married to a fellow sportscaster, Michelle Beisner, who had worked for NFL Network and ESPN and had also been a cheerleader for the Denver Broncos. Looking at photos of the two women online, one cannot help but notice that they look extremely similar. It seems as though Joe Buck has a type, and that type is thin, tall blondes.

Does Joe Buck Have Any Children?

Joe Buck and his first wife Ann had two children, both of them girls, named Trudy and Natalie. Trudy is 19 and Natalie is 21 at the time of writing, and he has often been profiled by sports media outlets for his relationship to his daughters, which seems strong. Apparently, both of them are also considering working in sports broadcasting in the future, which of course would not be surprising, given that buck himself inherited the job from his father in a sense. We may indeed see a Buck sports commentary dynasty that lasts for years to come.

Where Did Joe Buck Go To College?

Joe Buck went to high school at the St. Louis Country Day School, which is an expensive, secular private school located in the St. Louis suburb of Ladue. The school has been churning out successful people since it was established back in 1857, including many U.S. senators, as well as the influential poet T.S. Eliot. After graduating from the St. Louis Country Day School, Buck attended Indiana University Bloomington, and he began broadcasting professionally while he was still an undergrad student there.

Where Does Joe Buck Live? Picture of Joe Buck’s House 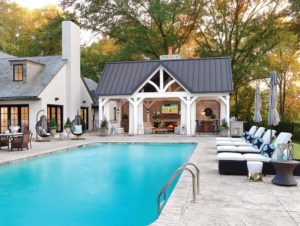 Joe Buck and his wife Michelle Beisner have what has been referred to by real estate websites as a “rambling” two story-house, which is located in the same St. Louis suburb of Ladue that he went to elementary school in. The house is absolutely huge, as Buck likely took advantage of the fact that Missouri is not a particularly expensive state to buy real estate in general. Their house has a pool, a tennis court, and is ridiculously nicely decorated, as you can see if you take a look at any of the websites that feature virtual tours of the home.

How Much Did Joe Buck Earn Last Year?

Through his various announcing gigs, book sales, commercials and more, Joe Buck is said to have made around $6 million last year, which is a relatively standard year of earnings for him.

Given that Joe Buck speaks into microphones for a living, any kind of an injury or illness that affects his voice is surely very serious, much like if a professional sprinter was having problems with his or her legs. Back in 2011, Buck was diagnosed with some kind of a rare virus on his left vocal cord that apparently made it hard for him to speak. During this time, he reduced his workload, and he has since made a full recovery.

Joe Buck has been on television and radio for a long time and is one of America’s best-known sports personalities. However, this doesn’t mean that everyone loves him by any stretch of the imagination. There’s a current petition on the website change.org to get Buck banned from announcing Green Bay Packers games, as fans think that he is incapable of fairly and accurately reporting on games that include the packers. As well, there are plenty of anti-Joe Buck groups on Facebook that make fun of him and rejoice in his flubs. Often, crowds at sporting events will chant things like “Joe Buck Sucks!” Joe Buck has responded to claims that he is a biased announcer, saying that many baseball fans are used to regional announcers who clearly favor the home team, so when he comes in and is impartial to either team, fans hear this as being negative. According to Wikipedia, Joe Buck is one of the most criticized figures in all of the sports.

In addition to claims that Joe Buck is generally biased or inaccurate in his play by play at times, there have been other criticisms of him as well. Back in 1998, after Mark McGuire broke a single season home run, Buck hugged him on live television after the game, which fans thought was an unprofessional move, given that he is supposed to be impartial to all teams as a national broadcaster.

After a 2005 end zone celebration by Randy Moss during a game between the Green Bay Packers and the Minnesota Vikings, Buck caught fire for calling the celebration—in which Moss jokingly pretended to moon the crowd—disgusting, ignoring the fact that it was a reference to tradition and was all in good fun. Many fans thought that Buck’s comments had a racial angle to them that indicated prejudice.