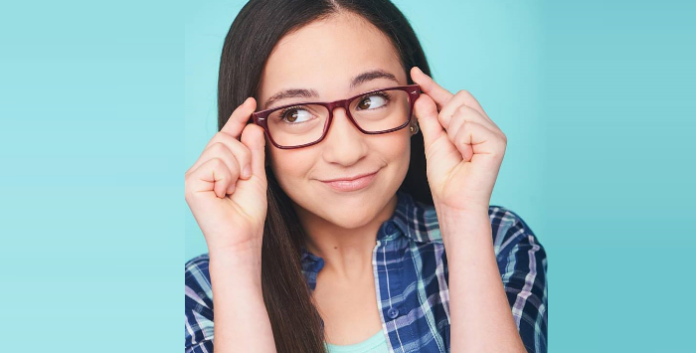 Kaycee Rice is a young Californian dancer who got her fame basically overnight after Katy Perry tweeted one of her videos. Ever since Kaycee has kept the interest of the public because of her amazing dancing videos. Kaycee is able to dance in versatile styles, ranging from ballet to acro. 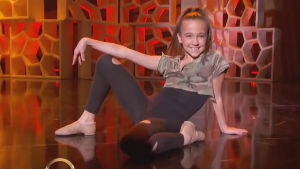 The Rice family lives in California and has always been supportive of the dancer’s passion. She especially credits her mother as the biggest supporter and fan that she has. Kaycee, who calls herself ‘Weirdo’, has appeared in lots of popular TV shows, including Teen Choice Award, Fuller House, The Ellen Show, the Superbowl Half Time Show, and Americas Got Talent. She is also seen in several music videos dancing (of course), such as Meghan Trainor’s “All About That Bass”.

The 15-year-old is also known for her live tour performances, such as the ones with Justin Bieber, Flo-Rida, and Janet Jackson. And lastly, she was also on the cover of several magazines, including the Showstopper Magazine. Kaycee fans will be probably happy to hear that the dancer has her own Nike shoe coming out soon in the future.

Other than dancing, Kaycee has also branched off into acting, and her first audition landed her a lead role in a Disney movie! The short movie is called “How to Catch a Ghost” in case you’d like to check out her acting skills.

We are very eager to see what’s next in the store for the young upcoming star because it’s obvious that she oozes talent. If you want to stay up to date with her life and upcoming events, be sure to follow her on Snapchat and other social media. 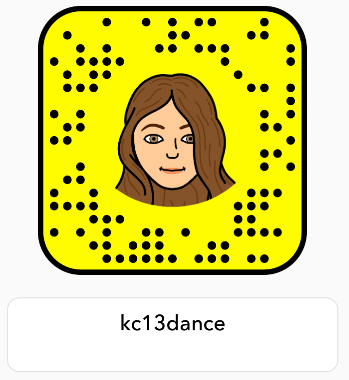 Kaycee’s Snapchat username is @kc13dance. You can follow her on Snapchat by scanning the above snapcode or by clicking on the username – @kc13dance.

Kaycee Rice Twitter Username – If you want to join thousands of Twitters followers, just search for her username (or click it) – KayceeRice.

Kaycee Rice Instagram Username – The ‘Weirdo’ can, of course, be found on Instagram as well, under the username KayceeRiceOfficial. There you can find lots of her performance videos, and also follow her in her everyday life.

Kaycee Rice Musical.ly Profile – If you use the popular music app, just search for KayceeRice and the dancer’s Musical.ly profile should come right up!