This entrepreneur brings an idea that promises to make your own food more fun and convenient. Stepping into the Shark Tank is Cam Mackugler, a “Vermontrepreneur” from Middlebury, Vermont. He is seeking $500,000 in exchange for 10% equity in his startup, Seedsheet. Seedsheet can make anyone into a gardening guru. People want to eat delicious food and feel confident that they are feeding themselves and their family healthy, natural, and ethically-sourced ingredients. So, his company hacked horticulture and combined algorithms with agriculture to create a product that turns anyone into a successful farmer – no overalls required.

The Seedsheet features a weed-blocking fabric that’s embedded with an arrangement of dissolvable pouches. Each contains a buffer of soil and organic, non-GMO seeds. Directions indicate to unroll the seedsheet on top of soil then add water, and the pouches will dissolve, the seeds sprout, and you convert your windowsill into a personal farmer’s market. Customers can either buy pre-portioned recipe kits, like a cocktail, hot sauce, herbs, salad, tacos, or design their own custom Seedsheets.

They aren’t a meal delivery company, they’re farm delivery. So, which Shark wants to fertilize Seedsheets and help people to grow their own food? In fact, Cam is so confident in his product, he’s invited Dan from RecordSetter so that he can set a world record. Cam calls for Mark to join him up on stage. He tells Mark that he will be attempting to set a record for fastest time to precision-plant 7,000 seeds. Mark seems undaunted by the task.

Cam explains that Mark will go on the other side of the demonstration, and on Dan’s command, unroll the Seedsheet in one smooth trajectory. Daymond asks why the Seedsheet smells so strong, and Cam replies that while he might be a “Vermontrepreneur,” he’s also an entre-manure. With that said, Mark sets up and is given the command to go by Dan. He unrolls the sheet and begins to hustle alongside it, batting it to unroll it. Mark eventually unrolls the entire Seedsheet, having accomplished the world record for planting 7,000 seeds. Dan is thrilled to set a brand-new RecordSetter record. It took only 14.15 seconds to do so. 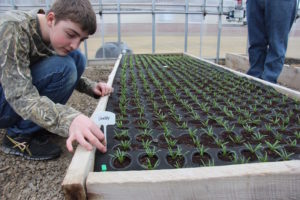 Cheers and applause break out on the set of Shark Tank, and confetti shoots out as well. Mark starts by saying that he would like to thank his mom, although he smiles and sits down after joking. Lori asks to see the product close up, and Cam passes out samples to each of the Sharks. It comes in a large, plastic bag. Robert pulls out a Seedsheet, and Cam explains that Seedsheets come in different sizes. In fact, these are all popular garden sizes that people already have. Your four foot by eight foot is a typical container found in a backyard. Robert’s kit actually contains a four foot by eight foot Seedsheet. So, for example, he buys it, puts it down, waters it, and secures the stakes. This just makes sure that the wind does not blow it away. You do not need to put any dirt on top of it. The fabric is weed-blocking which allows air flow and moisture through.

Mark asks about Cam’s background, which was in architecture and environmental studies. The origin for Seedsheet came when he was house-sitting for a coworker one day. The house, located in Vermont, was on an 80-acre dairy farm. He was paid with full access to their garden. He looked at the garden, which was magnificent and perfect. Every plant was the correct spacing apart from each other, so he wondered how he could approach agriculture from an architect’s perspective. Robert asks about the costs of a Seedsheet, and Cam says that their smallest-sized kits, a container-sized kit, retails for $14.99. It sells to wholesales for $7.50 and costs them between $1 and $3 to make. This effectively means very large margins for Cam and Seedsheet.

Robert asks about sales figures, which Cam estimates to be $156,000 to date. That is total from the beginning, and they are only 20 months old. They have been in business for one gardening season. Kevin then says that Cam is trying to simplify the process for somebody – he can obviously buy packs of seeds, which he guesses are a lot cheaper. Cam says that if you were to buy eight different crops, which is eight different seed packets. Each seed packet for a high-quality, organic non-GMO seed like Cam’s is $3 to $4. They’re already saving money. Cam is out to target new gardeners, and millennials are actually the fastest-growing gardening demographic. 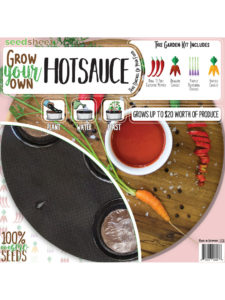 Mark asks how he can reach them, as going into retail can be tough. The company started this past spring, which was their first spring in business, and launched in 46 different Home Depot stores. Mark then says that with retail, you have to deal with inventory, inventory planning, marketing, mark-downs, returns, and a whole lot more. Online, you can build to order. Daymond speaks up, saying that he was sitting there in awe. This is disruption and an incredible idea. Kevin asks for clarification, and Daymond thinks that Cam is creating a new space for making home gardening easier.

However, he has to agree with what some of the other Sharks have said. Cam says that he is targeting millennials, but his first step was towards retail. He hasn’t figured that part out yet. He also thinks that Cam has a lot of challenges at the moment that will cost a lot more money, so Daymond will be the first Shark out of the deal. Robert says that he struggles with the idea. He is using his son as an example and wonders if his son will order a kit like Seedsheet. Millennials love the “back to the farm” type thing, but will his son go to a garden store and get a dirt and actually put it down? Highly unlikely. Robert does not know if he sees it, so he is the second Shark out of the deal.

Lori says that she freakin’ loves it. She loves it for a lot of reasons. She is an urban girl, so she never got to grow things and didn’t grow up around any of that. When she first found out about all of it, she wanted to be a hydroponic farmer one day. That’s no joke, either. QVC consists of highly-demonstrable products and has a huge gardening time of year, so Lori thinks that she could help Cam to get publicity out there and get people to know what it is, which generates good sales fast. However, Cam only has $160,000 or so in sales. Lori offers $500,000 in exchange for 22%, cutting the evaluation of Seedsheets in half. Cam thanks Lori for the offer, and then Kevin turns around to offer $500,000 in exchange for 15% ownership. Lori grunts and moans that Kevin always does that. 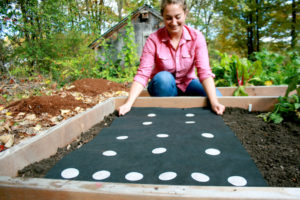 Mark steps up, and says to keep Kevin at the 22% point, he offers to go in with the deal with Lori. Lori then says that if she and Mark were to go in together, then they should get a higher percentage because they can blow it up even bigger. Mark gets that, but Lori feels that she will do a lot of work. 11% equity for her just won’t do it, and she has to hustle on the business. She has to sell a lot of things on TV for Cam. She asks for his opinion, and he replies that with two of them coming into the deal, he would entertain a higher valuation. However, compared to Kevin’s, who could also put him on QVC, this makes a difficult position for him.

Lori then says that Kevin can only sell wine, and that’s it. She also says that she let Mark into the deal, and she can take him out. Daymond just keeps chanting, “Shark fight.” Mark says that at 22%, it would be the lowest he can go. He likes the idea, but it’s not a slam dunk by a long shot. With Lori, they get the sales quickly through QVC. However, Kevin is insistent that he can get Seedsheet into QVC. If Cam can get a firm offer from Lori and Mark for 20%, he will be happy with that. Lori replies that she offers 20% for $500,000 without Mark.

Kevin then offers $500,000 for 12.5%. The camera shoots in on Cam’s face as he lets out a sly grin, and the show dramatically cuts away for some extra tension. Lori is mad that Kevin is throwing out the offers just to beat her, and he doesn’t really want the deal. Kevin then says that “it’s the Shark Tank.” Kevin just wants to win, but Lori believes in the product. Mark thinks to himself, deciding if he wants to go in at the 20%. However, he simplifies things and leaves the deal. This leaves just Kevin and Lori in the deal.
In the end, Cam accepts Lori’s deal. Daymond believes that Cam was about to mess things up, but he ultimately made the correct deal.

Since appearing on Shark Tank, Seedsheet has blown up. This past gardening season, they sold more than $2 million worth of products. They have also added the capacity to customize your own individual Seedsheet, directly from their website. Their products are available in a raised bed garden sheet, which is 4 feet by 8 feet (and contains 6 rows with space for up to 35 different plants), as well as a container garden which contains either 4 or 8 individual pod spaces.

Seedsheet has been pulled from all retailers and is exclusively available online. This is likely the smarter path to take, as it yields higher margins and an infinitely more customizable experience, as well as hands-on training and discussion on how best to use Seedsheet.

The features of Seedsheet have been expanded as well, and now there is a dedicated application called “RegisterLearn.” This is an app that times your Seedsheet, telling you when to water it, how to care for it, when to harvest, and even includes a tutorial on how to harvest. I truly believe that something like Seedsheet can easily be the future for gardening, and I eagerly await my own opportunity to start growing my own garden.