What Happened to Brent Spiner? – 2018 Update 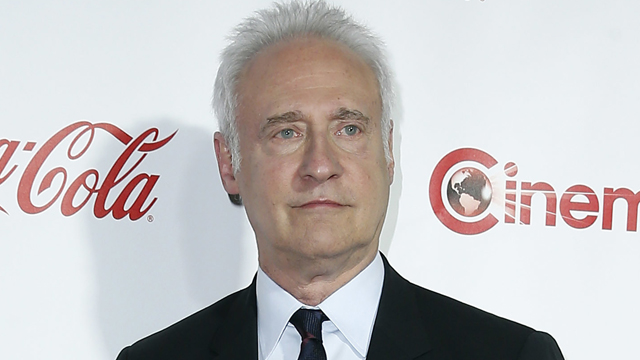 Spiner has been typecast in the worst way. The guy is a fantastic actor, and the few times we have seen him stretch himself have been amazing, but he’s too closely associated with Data. In the years since TNG ended, he has had few roles to his name. I can only hope that he nabbed a slice of the back end, otherwise, I have no idea where he makes most of his money these days. Cameos are the order of the day for Brent Spiner, and he has shown up in a wide variety of films and television shows over the years. he even tried his hand at a self-produced comedy show, Fresh Hell, which was actually pretty funny. Unlike Frakes and Burton, he never directed episodes of TNG which was a bit of a mistake. The guys who grabbed the director’s chair on TNG have been able to land steady work behind the camera in the years since the show ended. He did write the story of Star Trek Nemesis, but that is not something I would want to advertise if it were me.

So let’s take a look at the life and times of our favorite Android, and see what he’s been doing with himself in the years since Trek ended.

Brent Spiner was born on February 2nd, 1949 in Houston Texas. He moved to New York in the early seventies to pursue a career as an actor and landed a number of roles in Broadway and off-Broadway plays, including The Three Musketeers and, more interestingly, as Franz in Stephen Sondheim’s Pulitzer Prize-winning musical drama Sunday in the Park with George. He originated the role. He jobbed around New York for a few years before moving to LA. He landed a number of roles in pilots and made for TV movies before landing steady work on the new Star Trek revival show. 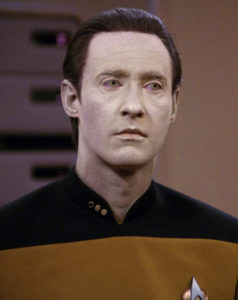 Brent Spiner played Lt Commander Data on Star Trek The Next Generation for fifteen years. That is a very long time to spend with a character, and a very long time to play an unaging Android. They did a good job of hiding the aging for much of the shows run though. He was fantastic. The character was a fresh take on the Spock concept, the unfeeling human, but with added dimension. So many of the best episodes of TNG revolved around Data, and it is a testament to Spiner’s skill as an actor that he managed to rise to the top alongside such actors as Patrick Stewart and Jonathan Frakes.

Data was my favorite character growing up, he was so distinctive and memorable. But it is likely this that led to the downturn in career that Brent Spiner would experience in the post Trek world. He had the films, four TNG films in total, and they made money for the most part, but only one of them is amazing, while the other three are a little on the lack luster side. It seems he appeared as a fictional version of himself more often than not, with The Big Bang Theory, Joey and Fresh Hell coming to mind.

In the late nineties he had minor roles in a number of TV shows, and even a memorable role in Independence Day, where he played a scientist. In the early 2000s Star Trek was back on TV, with the prequel show Enterprise. A criminally overlooked show. I mean sure, the first season was a bit hit or miss, and the second was only a minor improvement, but that third season was great, with the season long arc, and the final season was the best Trek there has ever been. He returned for one of the forth seasons mini arcs, this one based on the Augments and the work of Dr Arik Soong, ancestor of Data’s creator Noonian Soong. He played the part with aplomb, and it just pushes my whole, Why isn’t he in more things, point to the extreme.

For the longest time he was a bit player on television and a non entity in film. He had some voice over work, which he began in the nineties, and played the Joker in Greg Weisman’s Young Justice. I am sad to say that Brent Spiner is the worst Joker there has ever been. Part of me wonders if the writers wrote him so badly on purpose, so as to not have fans clamoring for his return. I mean, the Joker does tend to eat a show if he is well received. A shame regardless. In more recent  years he has seen more work, and I think I know why. Fans of TNG are all grown up and casting their TV shows now. You see this cycle all the time. An actor in a sci fi show does well, gets type cast then falls off, only to have a new career fifteen years later when his fans are making the decisions.

What is Brent Spiner doing now in 2018 – Recent Updates

Spiner has seen something of a resurgence on TV. He appeared in Outcast, Walking Dead creator Robert Kirkman’s follow up show. The show has been running for two seasons, and I do no know if it will return for a third. He is very active on the convention circuit, and has been a guest star on The Big Bang Theory. Beyond that there is not much going on. I expect to see him more and more as the years go on, the density of roles for Brent is increasing.