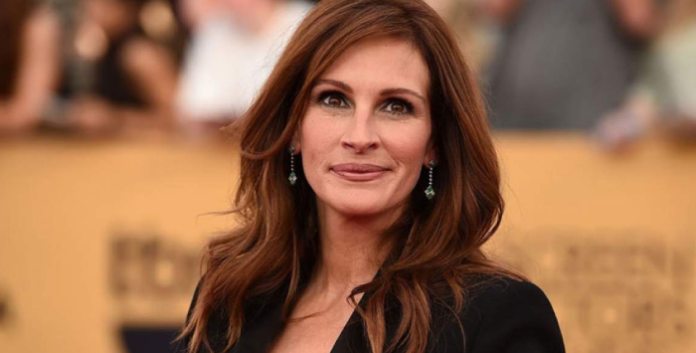 Julia Roberts is one of the most famous Hollywood actresses of all time. Through her decades of acting, she became one of the most paid ones as well. Today, we’re taking a look at her net worth, business, and personal life.

How Did Julia Roberts Make Her Money And Wealth

Julia was born in 1967 in Smyrna, Georgia to her parents Betty and Walter, and raised to become an actress. She attended college, but didn’t graduate it, and afterward moved to New York to pursue her dream of becoming a model/actress.

Her career started in the 80s, when she appeared in Satisfaction, Crime Story, Mystic Pizza, Miami Vice and Steel Magnolias. Her mainstream breakthrough happened in 1990, when she starred in Pretty Woman, together with Richard Gere. From there, she started landing bigger and bigger roles, including Sleeping with the Enemy, Stepmom, Runaway Bride, among others.

By the time the year 2000 came, Roberts was already Hollywood’s richest actress. She started the millennium off with Erin Brockovich, for which she received an Academy Award. Afterwards, she starred in the Ocean’s Trilogy, Mona Lisa Smile, Closer, and other popular movies, earning millions of dollars for each role she portrayed.

In the recent years, Roberts is still an active actress, possibly earning more money than ever before. Here’s an example. She earned $3 million for 4 days of being on the movie set of Mother’s Day in 2016. Talk about a Hollywood paycheck. Her next project is an HBO series that she will be starring in, which is also her first ever TV series role. We’re very excited to see it!

Through her acting, the famous actress became one of the riches Hollywood celebrities. She amassed herself a net worth of $140 million (possibly more). Next up, we are taking a look at her personal life, including how does she spend that kind of cash. And of course, we’re taking a more precise look at her paychecks. Let’s get started! 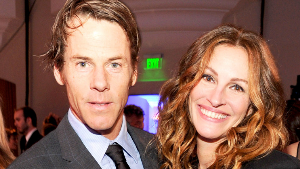 Yes, Roberts is currently in her second marriage. She has been married to Daniel Moder since 2002, and the couple has three kids. They have twins, Finn Walter and Hazel Patricia, and another son, Henry Daniel.  Before her relationship with Moder, she was married to Lyle Lovett from ’93 to ’01. Roberts has a rich dating history, having been in relationships with Liam Neeson, Benjamin Bratt, Matthew Perry, and several other actors.

According to Forbes, Julia has earned $12M in 2016, and while there are no updated numbers, we have to estimate that the amount hasn’t significantly changed since. For the sake of context and comparison, the average American earns $44,200 per year, roughly 271 times less than the actress.

Here are some of her reported earnings for her acting jobs: 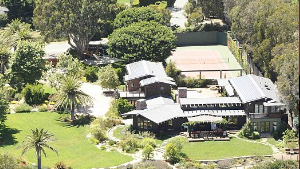 Roberts owns several real estate properties. She owns a ranch built in 1990 when she was dating and planning to marry Kiefer Sutherland. However, similar to her own role in Runaway Bride, she decided not to go through with the marriage just 3 days before the ceremony. The Golden Bear Ranch is located in Montana. The house has 8000 sq ft, including five bedrooms and six bathrooms. The entire property is big enough for hundreds of people to attend a ceremony as they did when Roberts was getting married in 2002.

She has a home in Taos, which she bought in the 90s for around $2 million. The home spreads across 7000 sq ft and has four bedrooms and bathrooms. Spacious enough for a big family! And finally, recently Julia and her husband bought a  $4 million beach house in Malibu. The house is described as ‘modest’ and ‘humble’, but everyone is expecting her to go for a complete makeover of the property.

She was spotted in a Prius several times, but other than that, there is no information about her car(s).