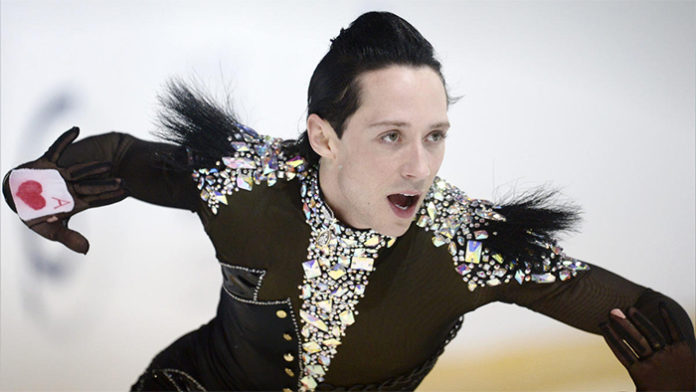 A former figure skater, Johnny Weir accomplished many feats throughout his career. Not only did he participate in the Olympic Games twice, but he had also won the World Junior Championships and the US National Championships. After many years of skating on the ice, he announced his retirement in 2013.

Since then, he has remained active as a skater through various ice shows such as Champions on Ice and Artistry on Ice. On television, he has also made several appearances in projects such as Pop Star on Ice and Be Good Johnny Weir. At one point, he even appeared on the reality show, Say Yes to the Dress.

With all that he’s active in, is it safe to assume that the former skater is doing fairly well for himself today? How successful is he? From our research, Johnny Weir’s net worth is currently around $2 million. How did he come about such a fortune? Where does the majority of his earnings and income come from? These are some of the questions that we’ll be addressing below.

How did Johnny Weir Make His Money & Wealth?

Born on July 2, 1984, in Coatesville, Pennsylvania, Johnny Weir grew up in the town of Quarryville with his younger brother, Brian. When he was twelve years old, he took up skating. In fact, to facilitate his training, his family eventually moved to Newark, Delaware, so he could be closer to his training coach and rink.

Over the next decade, Weir participated in numerous competitions including the World Championships, US Championships, NHK Trophy, Cup of Russia, and Trophy Eric Bompard, to name a few. Perhaps the most notable events of his career, however, are the Winter Olympics.

At the age of twenty-two, he took part in the 2006 Winter Olympics, as a member of Team USA. Though he skated a personal best during the SP, however, he ultimately finished off the podium. Four years later, he returned to the Winter Games once more in Vancouver, where he placed sixth overall.

Outside of his skating career, Weir has been involved with several other projects. For instance, he has appeared in a handful of TV shows such as Say Yes to the Dress, Rachael vs Guy: Celebrity Cook-Off, and Dora the Explorer. During the 2014 Winter Olympics in Sochi, he was also a part of the broadcast team for the figure skating events.

In 2011, the former skate also released an autobiography titled, Welcome to My World, in which he talks about his life on the ice. Speaking of writing, the last that we’d checked, he also writes a column for the weekly Virginia newspaper, Falls Church News-Press.

As far as other endeavors go, he also launched his own fashion label in 2010. That same year, Weir also released a pop single titled, Dirty Love, which was produced by Lucian Piane.

Over the years, he has also been featured in several publications such as Vogue Japan, Black Book, and Vanity Fair.

As far as we know, Johnny Weir is currently single. Up until 2015, he was married to Victor Voronov.

Does Johnny Weir Have Any Children?

No, Johnny Weir does not have any children.

Did Johnny Weir Go to College?

At one point, he studied linguistics at the University of Delaware. Prior to completing his program, however, he dropped out to focus on his skating career.

What is Johnny Weir Famous For?

As a figure skater, Johnny Weir is perhaps best known as the US National Champion for 2004-06. During his career, he also represented the United States at the Winter Olympics twice.

What Kind of Vehicle Does Johnny Weir Drive?

Information on Johnny Weir’s vehicle is unavailable at this time.

How Much Money Did Johnny Weir Make Last Year?

Over the past year, he was featured in a few TV programmings including Access Hollywood Live, Hollywood Medium, Hollywood Game Night, and Fantasy on Ice. Last month, he also appeared in an episode of Lip Sync Battle.

Want to see more from the former Olympian? If so, why not follow Johnny Weir on social media? You can find him on Instagram and Twitter at @JohnnyGWeir. If you’re on Facebook, you can also support him on his official fan page which you can visit by clicking here.