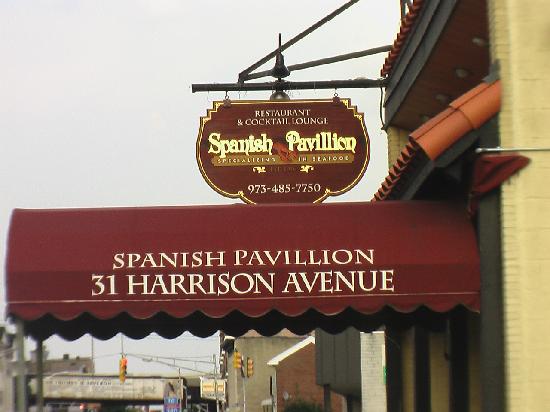 The Spanish Pavilion was left to his daughter, Valvina, and her two sons, Jerry and Michael. When they took over, the Spanish Pavilion was the place to be and there was a line out the door. Five years later, everything has gone down the tubes – the food is terrible, and the customers complain about the same menu and dishes. The staff hates the job as well – they have to wear tuxedos, although they are a casual family restaurant. They are serving people wearing shorts and T-shirts, and things just don’t match. It looks like you’re in a wedding party in 1973, one of the waiters says. Unfortunately, they also feel that Jerry and Michael do not care anymore.

Michael, little by little, stopped cooking. Now, he spends his time more frequently out of the kitchen than in it. Michael feels that his staff might complain a lot, but as far as he’s concerned, Jerry doesn’t do anything either. He’s always on the phone and doing other things. The thing is, Jerry is a councilman in the town. He’s actually out of the restaurant more, and sometimes he feels that Michael can be too tough to deal with at times. He screams and yells, and Jerry feels that it wears him out. Even worse is his mouth, as he frequently curses in front of customers.

Valvina points out that Michael and Jerry have very big differences, and she frequently finds herself in the middle. Valvina is at the restaurant right now just to make sure that Jerry and Michael do not kill each other, and that things still function. Everyone understands that the Spanish Pavilion needs big-time help. Now, on a Saturday night, they will only do maybe 15 or 20 dinners. This won’t pay the bills, and they find themselves struggling to meet payments by deadlines. The family is in debt over $500,000, and they are all scared. They can’t support their families in the business right now, so it’s a big stress. However, they are willing to do whatever it takes to succeed, and they have agreed to bust open the books, pull back the doors, and make a call to Gordon Ramsay from Kitchen Nightmares. 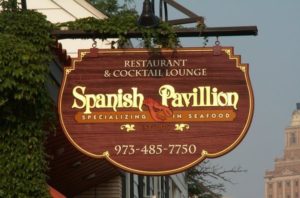 Gordon Ramsay unceremoniously enters the Spanish Pavilion restaurant quietly. He introduces himself to the three waiters standing up front, and jokingly asks if somebody has died because of their attire – like undertakers at a funeral, in his words. The suits do look good, however. Even Michelle, the hostess, says that they look like penguins when they walk back and forth. Gordon finally meets Jerry, who is incredibly nervous. He was not a fan of the idea, although Michael was. Gordon also meets Valvina, their mother. Jerry seats Gordon and introduces his server, Joe. Of course, Gordon jokes about the tuxedo, although Joe lets it slip that they wear the same suits every day, for lunch and dinner.

Gordon scans over the menu as he probes for details about the Spanish Pavilion. He asks when it opened, which was in 1976 according to Jerry. He asks to be taken back to what it was like in its heyday, and Jerry says that his grandfather, Antonio, was working 7 days a week. Even at age 75, he would get behind the broiler and do the meats. If he were in his prime right now, Jerry knows that he would be doing a better job than he would. Jerry has been absent recently because he was elected to the city hall committee. Joe, as an aside, says that Jerry doesn’t care for the business anymore. If you own the business, you cannot be a politician or do something else.

Jerry also says that both he and Michael attended Johnson & Wells University for the business, although he did more of the front end stuff while Michael did the culinary stuff. With that said, Gordon scans over the menu and prepares to place his order. Gordon starts with the lobster bisque, pioneer marinara (one of the house specialties), and chicken and garlic sauce on the bone. Gordon jokes that Joe has brought him back to Spain. However, Michael insists that he doesn’t want to have anything to do with the order, and he is confident overseeing his guys. They have been by his side for 15 years.

The lobster bisque arrives at Gordon’s table, and he says that it just looks disgusting. It tastes overly creamy, and the lobster looks like it was dead for awhile before he cooked it. The lobster is actually from a tank, and Joe invites Gordon to look. The lobsters all look unhealthy and dead. Gordon pulls out a dead lobster from the tank and cracks it open to smell. Gordon is obviously concerned for the well-being for the rest of the lobsters and demands that the tank be emptied.

Gordon finally meets Michael at his table. Michael insists that they try to check the tank every day, but Michael says that he freezes the dead lobsters to make the bisque. The chicken and garlic butter sauce arrives next, although it is overly greasy. Gordon says that it’s like they’re swimming. He fills up an entire bowl with olive oil and grease. The chicken tastes “absolutely dreadful” and dry. Gordon has Jerry take the food to his brother to taste. Michael thought it was good, and Jerry reports this to Gordon. Gordon hears the news but is disturbed by the revelation. If Michael thought it was good, then he’s screwed. With that said, he doesn’t even stick around for the pioneer marinara (which contains lobster from the tank) before he sets to work on righting all the wrongs with the Spanish Pavilion.

Surprisingly, the Spanish Pavilion is still open to this day. The most recent review is from January 28, 2018 (not even 2 weeks ago from the day of writing). With that said, Gordon appears to have turned things around as most reviews praise the quality of the food at the Spanish Pavilion. It now includes proper safety precautions, sans the dead lobster tank, and an expanded menu that focuses on mainland Spain cuisine. They have also expanded to cater, deliver, and even accept Apple Pay. The tuxedo uniform for the waiters has also been done away with. Now, the Spanish Pavilion has a solid 3.8 star review across more than 125 reviews on Yelp.