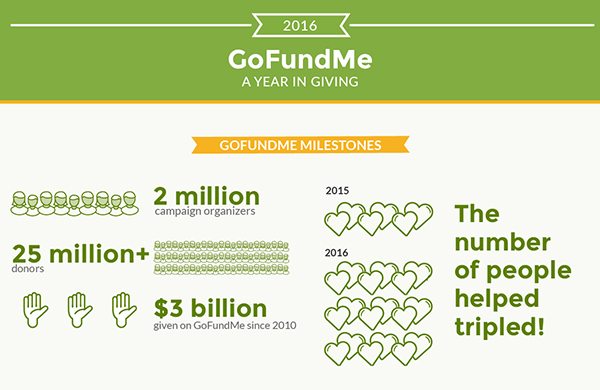 The world can sometimes be an amazing place, full of beauty, charity and as the founder of the website in question, Rob Solomon puts it tikkun olam (Hebrew for repairing the world). One of those places, if you’re looking for a replenishment of your faith in humanity, is a site by the name of GoFundMe, which is a platform where people can ask for help and get it from people just like them. It can help with education to dealing with national disaster and anything in between. The site itself has seen a great deal of success, with a reported 1 in 5 people contributing to online fundraising, and much of that through GoFundMe. But what have been the biggest campaigns on the site with the most money raised and most impact given? Well, let’s take a look. 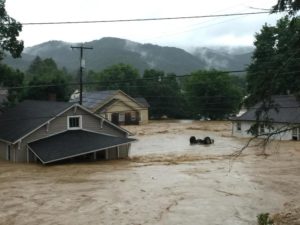 As we will come to find out, 2016 was be a big year for disasters, and also a very large year for the biggest GoFundMe Campaigns. Starting off our list of the most money raised on GoFundMe is the West Virginia Floods of 2016, which was caused by a record amount of rain, 10 inches in under 12 hours. Seen as a once in a 1,000 year storm, flash floods would tear down bridges, severely damage over 500 homes, close 60 roads and sadly kill at least 23 people including one 4 year old boy. All in all, 4/5ths of the counties of West Virginia would declare a state of emergency and the National Guard would be activated to help with recovery efforts. As a result of this flood, people not only from the unaffected places within West Virginia but all over the world would donate over $1 million to help get those people who needed help get back onto their feet. 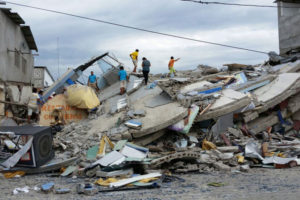 Another 2016 tragedy, the 2016 earthquake crisis of Ecuador was one for the books, akin to the much wider publicized Nepalese Earthquake. In terms of raw power, the earthquake which struck near the northern costal city of Muisne was a terrifying 7.8, after a 4.8 foreshock and 55 aftershocks thereafter. When looking at casualties, this disaster was shocking, with 676 dead and nearly 17,000 injured. After the quakes, a state of emergency was declared and a combined 13,500 police and military were deployed to aid citizens in rescue and recovery efforts. Within a week of the quake, UN agencies and international partners relocated 26,000 people to temporary shelters and were helping distribute food and water while trying to limit outbreaks of the now famous Zika virus. Sadly, the country did not have enough funds to secure their own disaster response and were loaned $2 Billion to handle the associated issues; which in turn caused taxes to be raised on Ecuadorian citizens. GoFundMe ended up being a fairly decent avenue to help raise funds to tackle the nearly $3 Billion in needs, raising about one and a half million dollars in a single campaign. 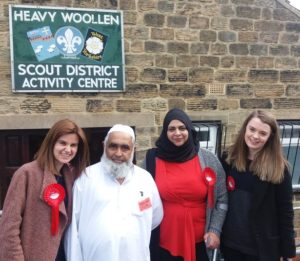 Coming in at number 8 on the biggest GoFundMe Campaigns ever is also the single largest GoFundMe campaign in terms of most money raised within the United Kingdom. On June 16, 2016, Helen Joanne Cox, a member of the British Labour Party and an MP had planned to hold a surgery (one on one meetings with her constituents). Instead, she was shot and stabbed by an individual with Neo-Nazi ties, while a 77 year old man had tried to help her fend off the attacker and likewise was stabbed. In remembrance to her service, which had often focused on helping the less fortunate, the enslaved and many other impoverished groups, her husband and friends opened a page so that those who wished to honor her memory could donate and help fund her top 3 charities. The British people, showing their true colors, came out in force and donated nearly two and a half million dollars. 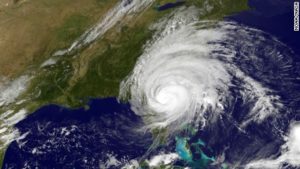 For many, particularly Floridians as I once was, Hurricane Matthew was two things: A sign of things to come, and a dodged bullet. However, for many more, it was the first and a major disaster, totaling over $15 Billion in damage across multiple countries and causing over 600 deaths. Registering as a category 5, much of the damage from this storm lied within the Carolinas, though as far south as Florida and north as Canada were also significantly affected, with 1 million people losing power in Florida alone. To help with response and recovery efforts, multiple GoFundMe Campaigns raised a total of around $3 Million and became one of the biggest GoFundMe campaigns to help with Hurricane relief. 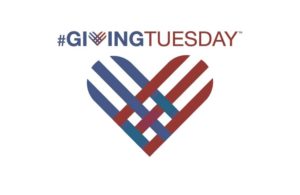 Now this one is a bit of a surprise, as a majority of the events covered so far are disasters of one sort or another. Giving Tuesday, on the other hand, is a response to a cultural trend which some could argue is a disaster, but not one in the material realm. Since 2012, Giving Tuesday is a tradition that goes in the face of consumerism between Black Friday and Christmas to try and get back to the spirit of the holidays: giving. For GoFundMe, the largest campaign for giving Tuesday (which donated to a great deal of charities) raised $7.4 Million, which was more than Facebook Donations that year (~$6.5 Million), and a total of around $170 Million overall. This past year, $274 Million was raised in 2017. 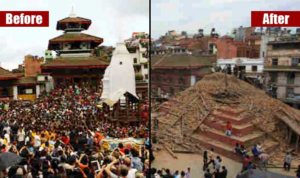 On April 25th, 2015, one of the strongest earthquakes to ever hit the small nation of Nepal hit with an initial force of 7.8, and then continued with some 90 aftershocks, two of which registering above 6.5 on the Richter scale. As a result, the mountainous region was rocked by avalanche, landslides, and tragedy. The populations would face widespread infrastructure damage and homelessness, inability to get food or water, and worst of all had very little in the way of methods to recover, as even aid took significantly longer to arrive than in most cases due to the limited and damaged airports with even more treacherous terrain around them. Luckily with time, there were several concerted recovery efforts, several of them being funded with the millions of dollars raised on GoFundMe to help find individuals as well as families, to provide food, and also to provide housing. Now, while Nepal is still far from pristine, it is very much on the road to recovery. 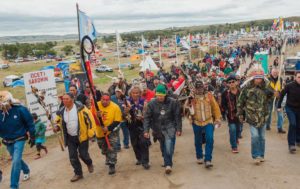 In our generation, there’s not been many stories of small groups trying to take on the police and big companies. Such was the case when the NoDAPL movement began, started first by several small Native American Tribes and then expanded on by environmentalists and those who simply cared about the issue. Everyone from the smallest child to teams of police and war vets faced off against lines of armed officers with heavy transports, and gave up livelihoods for months to try and protect their land from what they saw as unlawful and immoral encroachment. Unfortunately, this effort would fail, but in doing so showed the true colors of many representatives and politicians. Overall, this GoFundMe Campaign raised an astounding $7.8 Million, and while it may not have succeeded in the final goal, it at least was an open show of defiance against what was an ill-conceived, and even worse executed project. 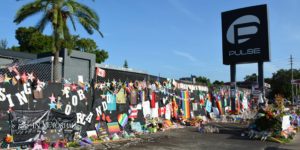 Now this story is one that hits close to home. On June 12, 2016, shots would ring out just a few miles away from where I worked and affect people within the community I spent 5 years getting to know. After the shooting, stories of heroism would come from the likes of Officer Omar Delgado (who may now be fired due to PTSD issues later this month) to people on the street who lined up to give blood, so much in fact that facilities had to turn people away as so many had given. This spirit of giving was shown yet again on GoFundMe, where $9 Million was raised to help the community of Orlando, especially the LGBT community, recover from the horrors and death of that night. Paired with many other efforts, both local and international, it has become clear that Orlando will rise stronger than ever, and together, face the future with a new determination. 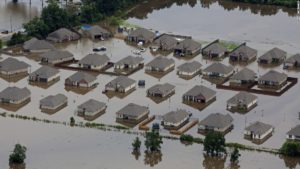 Of all the places to suffer from back to back natural disasters, Louisiana probably can be said to be a record maker. This can especially be true when considering the economic impact. Until recently, Louisiana had the first and third most expensive natural disasters for the United States, and to the surprise of many, the 2016 floods were more expensive than even Hurricane Katrina. Due to sustained rainfall in the southeast that year (some regions gaining over 20 inches of rain in a week), flash floods and the overflow of levees occurred. As a result, thousands of homes, businesses and community areas were completely overtaken by water, leaving many homeless and jobless and a cost of around $12 Billion left to the state. Those who could banded together on GoFundMe with the greater international community to donate well over $10 Million to help citizens rebuild their lives. 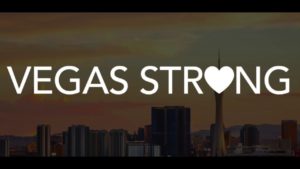 On the top of the list for the biggest GoFundMe Campaigns ever is one that gave GoFundMe some serious visibility, and gave hope to many who otherwise would have given up on the world. In the wake of the single greatest mass shooting in the history of the United States, Steve Sisloak (the County Commissioner of Clark County) took to the airwaves to ask the people of the United States to band together with the city of Las Vegas to ensure that everyone affected got the care they needed, for psychological aid to final expenses. This campaign went international quickly with 325,000 shares to social media, and people have continued to send aid even up to the day this article is being written. While the tragedy that caused this to be a need was certainly dark, it’s clear it could not extinguish the light of human kindness.