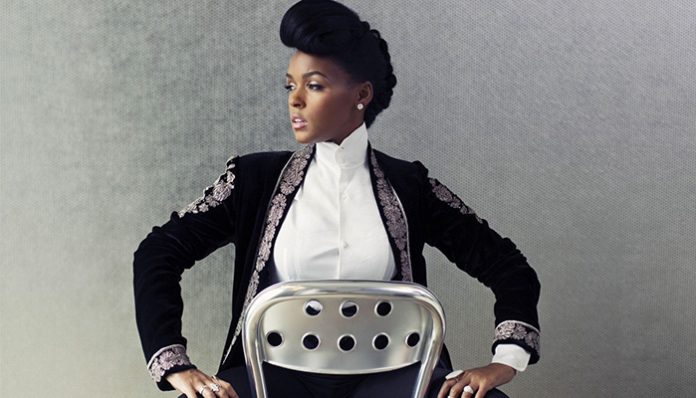 A singer-songwriter, Janelle Monae gained critical acclaim for her debut album, The ArchAndroid in 2010. Since then, she has followed up with a second project titled, The Electric Lady, which has reached number five on the Billboard 200. Later this month, she will be coming out with her third album, Dirty Computer.

Though music is her main focus, she has also appeared on television a number of times. For instance, she has been featured in Dancing with the Stars, Saturday Night Live, and Stargate Universe. On the big screen, she has also worked on films such as Rio 2, and Hidden Figures.

How well-paid is she as an artist? How profitable are her albums and singles? How wealthy is the 32-year-old? As of 2018, it’s said that Janelle Monae has a net worth of $6 million. What is she working on nowadays? We’ll be taking a better look at her career below.

How did Janelle Monae Make Her Money & Wealth?

Born on December 1, 1985, in Kansas City, Kansas, Janelle Monae has been fond of performing ever since she was a child. As a teen, she moved to New York City to attend the American Musical and Dramatic Academy, where she studied drama. From there, she moved to Atlanta, Georgia, where she released her first extended play, The Audition in 2003. A few years later, she signed to Bad Boy Records in 2006.

Her major label debut, Metropolis: Suite I (The Chase) came out a year later on August 24, 2007. Produced by Chuck Lightning, Control Z, and the artist herself, the project proved to be a huge success, with critical acclaim from critics. Not only that, but one of its singles, Many Moons had received a Grammy Award nomination for Best Urban Performance.

A few years later, she released her debut album titled, The ArchAndroid in 2010. A continuation of her previous concept series, it entered the Billboard 200 with more than 21,000 sales in the first week. Outside of the US, the album also charted overseas in the UK, France, Germany, Norway, and Finland, among several other countries. A commercial success, many critics had named it as “the best album of 2010.”

Since then, Monae has dropped yet another album titled, The Electric Label. A follow up to her critically acclaimed debut, it incorporated influences of rock, jazz, funk, and hip-hop soup. Supported by four singles, it featured guest appearances from Prince, Solange, Miguel, and Erykah Badu.

In addition to what she’s made from her musical releases, the singer has also pulled in a considerable amount from the tours that she’s headlined over the years. On top of that, she’s also served as a supporting act for acts such as No Doubt, Red Hot Chilli Peppers, and Katy Perry.

As far as other things go, Monae has also made a number of television appearances. For instance, she has been featured in the shows Dancing with the Stars, Stargate Universe, and Saturday Night Live. On the big screen, she has also worked on films such as Rio 2 and Hidden Figures.

As far as we know, she is currently single. Previously, she has identified as bisexual.

Does Janelle Monae Have Any Children?

As far as we know, Janelle Monae does not have any children.

Did Janelle Monae Go to College?

After high school, she studied musical theatre at New York City’s American Musical and Dramatic Academy on a scholarship.

What is Janelle Monae Famous For?

Janelle Monae received critical acclaim for her debut studio album, The ArchAndroid in 2010. Since then, she has dropped several smash hits including Yoga (with Jidenna), Make Me Feel, Primetime, and Pink (Feat. Grimes).

Janelle Monae currently lives in Atlanta, Georgia, where she continues to work on her music. We do not have any photos of her home at this time.

What Kind of Car Does Janelle Monae Drive?

Details on Janelle Monae’s vehicle are not available.

How Much Money Did Janelle Monae Make Last Year?

At this time, we do not have any information on Janelle Monae’s annual salary.

Later this month, the songstress will be releasing her third studio album titled, Dirty Computer. A follow up to her previous efforts, it will contain fourteen tracks, a few of which will feature guest vocals from Zoe Kravitz, Brian Wilson, Grimes, and Pharrell Williams.

Want to follow the singer on social media? If so, you’ll be happy to know that Janelle Monae is active on both Instagram and Twitter at @JanelleMonae. For the latest news and more, don’t forget to drop by her official Facebook fan page here.