What Happened to Scott Pelley? – 2018 Update 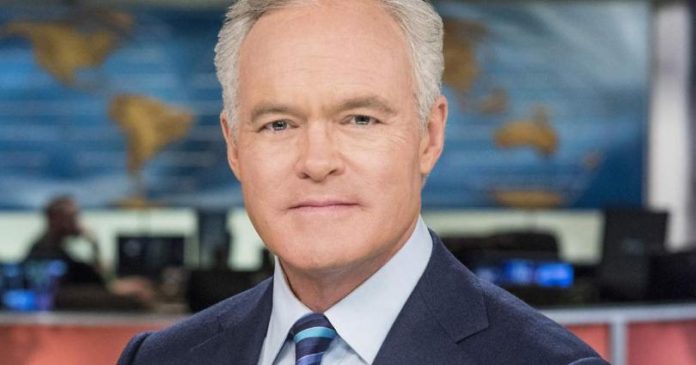 There are some parts of life that seem like they match so perfectly, that they’ve always been there. Some parts that when changed, make you realize how old you’ve become, and what all has happened. For some of us, that match has been Scott Pelley and the CBS news programs 60 Minutes and the CBS Evening News. From covering 9/11 on the ground to interviewing then President Bush a year later, to interviewing refugees on the frontlines of a mass exodus, Scott Pelley has carried with him the eyes of a generation. With his recent departure from the CBS Evening News, many people are wondering what will become of him next. Here, we will take a look at what Scott Pelley is doing in 2018, and what may yet still be in store for him.

In 2018, despite leaving the CBS Evening News broadcast, Scott Pelley will still be working at CBS, and will still be doing what he’s loved doing for a while: Anchoring. He will continue working with CBS’s 60 Minutes program, one that has brought him a great deal of notoriety and respect. Outside of the news studio though, he may find time for his once lost hobbies. An avid sailor at one point, Pelley had given up on going into the ocean for nearly 7 years, instead opting to work the CBS Evening News assignments, and while at his desk, occasionally looking at the painting his wife had commissioned for him of a blue sailboat. Given his approximated net worth of $16 Million, it would seem that the slower pace of just one permanent job may be exactly the thing he would need to transition from an “always on” reporter to someone who can enjoy life to the fullest, whether with his family or on the sea.

Scott Pelley was born in San Antonio, Texas on July 28, 1957, and grew up in the nearby Lubbock, Texas. By the age of 15, he was already in the news business; sort of. He would be a copyboy for the Lubbock Avalanche-Journal ( a century old paper that despite having a circulation of typically less than 40,000, did have some major case breaks regarding Tim Cole. Mr. Cole who being convicted of rape, died in prison, but due to uncovered evidence was granted a posthumous pardon, the first in Texas history), and would work there until his graduation. While he would end up not finishing his university degree at Texas Tech, Lubbock campus thereafter (where he majored in Journalism), he would begin working as a broadcast journalist for the local KSEL-TV (now KAMC) in 1975. By 1985, he would slowly work his way up the Texas journalism scene from Lubbock to Fort Worth and finally Dallas, where his reporting on Guatemalan refugees caught the attention of CBS at the national level (an impressive feat, as his previous stations were primarily ABC). In 1989, he would transfer to CBS’s national office in New York City, and the big stories would just keep coming.

Scott Pelley: Around the World in 60 Minutes

Whether it was on the ground reporting from Operation Desert Storm, the 1993 World Trade Center bombings, the Waco siege, the Clinton election (and later breaking the news that came forth from Monica Lewinsky), and of course, the election of George W. Bush, Pelley would become the “go-to” guy for big stories. By 1999, this would land him a seat at 60 Minutes II, a news program that tended to delve deeper into their stories than typical newscasts. It was with this show that Pelley would report on 9/11 and the immediate response to it, including exclusive interviews with President George W. Bush. His stay at both 60 Minutes and 60 Minutes’ Sunday edition would make him a mainstay in homes for the better part of 15 years. By 2011, he would be tapped to host his biggest newscast yet, the CBS Evening News. He would continue to be a critical darling, giving no-nonsense views on the news of the day, with a reserved nature about him that prevented blowing stories out of proportion. However, behind closed doors near 2015, things began to change for the worse for Pelley. The boss who had found him, Jeff Fager, had left CBS for greener pastures, and the new News Division President David Rhoades didn’t quite match as well. Perhaps seeing Pelley as more expensive than he was worth, and a holdover from a previous iteration, there had been plans to remove Pelley as early as 2016. There were also rumors floating around this time that Pelley was particularly sharp with staffers, which gave Rhoads an ample opportunity to see Pelley out, who would transfer to 60 Minutes full time. In his closing address to the CBS Evening News audience, Pelley would thank those journalists who sacrificed so much to get the story right and wish us, the American people, good luck for the future.