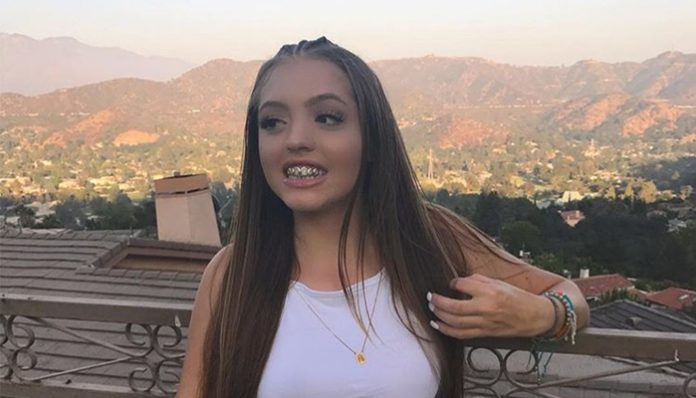 Better known as Woah Vicky, the 18-year-old is perhaps best known for her meme-inspired and lifestyle photos on Instagram. As of 2018, she has already amassed more than 1.7 million (and counting) followers on the photo-sharing app.

On Youtube, her lifestyle vlogs have also gained her over 143,000 subscribers. Interestingly enough, she initially made herself known online by claiming to be black, despite being “very much white.” Despite having received some amount of criticism, she remains to be active on social media. If anything, her online presence has steadily been growing over the past year.

How well-off is the teen? Has she managed to pull in any earnings, considering all the attention that she’s drawn to herself in the recent year? How rich is she? According to various sources, Lil Vicky aka Woah Vicky has amassed a net worth of $200,000 as of 2018. Let’s take a look at what she’s accomplished so far below.

How did Lil Vicky Make Her Money & Wealth?

Born on March 7, 2000, Lil Nicky was raised alongside her older sister in Georgia. Despite her recent popularity, not much is known about her early life. All that we know for now, is that she initially joined Instagram under the name, “woahvicky”- it wasn’t until recently that she changed her username to imwoahvicky.

Speaking of her Instagram account, the teen has accumulated 1.7 million followers as of April 2018. With the amount of views and likes that she receives, it’s likely that she receives a fair share of endorsement offers, and the like, all of which would yield her some passive income.

On YouTube, the brunette has also accumulated over 143,000 subscribers over the past four and a half years. Though she hasn’t uploaded many videos to her channels, the ones that have been posted easily garner tens of thousands of views. If she were to display ads on her content, she’d easily make some money on the side.

At the time of this writing, her most popular video, Woah Vicky Official Music Video has been viewed over 753,000 times. Behind that is her Summer Time Makeup Tutorial, with 320,000 views.

As far as other ventures go, she even has her official app called Icky Vicky. Available for download in the app store, it features advice, inspiration, fashion trends, and more, from the star herself. Not only that, but it also includes behind-the-scenes videos, photo galleries and Q&A’s. For more information, you can visit the app’s website here.

No, as far as we know, the teen star is currently single.

Does Lil Vicky Have Any Children?

Did Lil Vicky Go to College?

Going by her age, she should still be finishing up high school. It’s unknown what her plans are after graduation.

What is Lil Vicky Famous For?

The 18-year-old star rose to fame for her lifestyle photos on Instagram, where she has since amassed more than 1.7 million followers.

As far as we know, Lil Vicky currently resides in her hometown in Georgia. We do not have any photos of her home to share with readers at this time.

What Kind of Car Does Lil Vicky Drive?

Details on Lil Vicky’s vehicle are not available.

How Much Money Did Lil Vicky Make Last Year?

At this time, we do not have any information on Lil Vicky’s annual salary.

Earlier this year, the 18-year-old was involved in a fight with Bad Barbie at the annual Coachella event. At the time, she was with 9-year-old rapper, Lil Tay, who also happened to gain attention from witnessing the incident.

Want to keep up with the teen star? If so, why not follow Vicky on social media? You can find her on Instagram at @ImWoahVicky. On Twitter, she also tweets regularly under the handle, @ImWoahVicky. For the latest updates, she can be added Snapchat at @Victoriawaldrip.