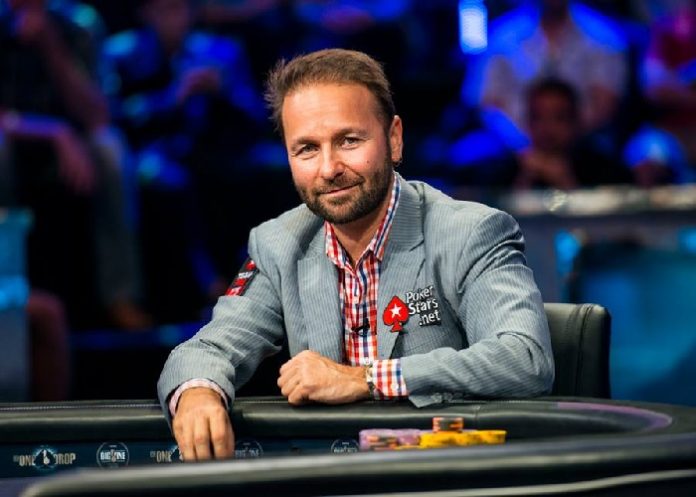 Of all the top professional poker players I’ve seen, there are none that impress me, and slightly scare me, as much as Daniel Negreanu. The label ‘Shark’ is often applied to the best poker players, but there’s no-one that fits the bill more than Daniel. His disarming habit of smiling with a friendly expression, all the while reading an opponents mind in preparation for a deadly strike, is the greatest example of the predatory nature of the best players, and no-one can get inside your mind like Daniel Negreanu.

You can tell the man has impressed me greatly during his career. As the young Kid Poker has grown into the middle-aged Kid Poker, he’s also impressed virtually everyone unlucky enough to be subjected to his razor-sharp reading abilities at the tables, and in the process, he’s become the biggest winner of all time in the World of professional poker. But how much of a personal fortune has he made over the years? Read on to find out.

How Did Daniel Negreanu make his money & wealth?

The son of Romanian immigrants, Daniel Negreanu was born in Toronto, Canada on July 26th, 1974. From a young age, Daniel was highly ambitious and convinced he would become rich as an adult. Clearly, education wasn’t part of the plan, Daniel was frequently in trouble at school for poor behavior, in his own words, as a teen he was already earning $44 per hour playing poker, and he knew math better than his math teacher, as well as earning more than she did.

By 16 he was spending plenty of time in pool halls, playing cards and betting on sports. Daniel dropped out before graduating and began playing in any poker games he could find, even illegal ones. At 22 Daniel had built up a modest bankroll and he left for Las Vegas to hit the big time but was soon back home with nothing but a big fat loss to his name. The score so far was one up to Las Vegas, but the following year Daniel returned to The Strip to even the score.

Daniel’s second attempt to make it as a professional poker player began in 1997, he won three tournaments, two of them at the World Poker Finals, and he cashed in just over $55,000 for the year.

In 1998 Daniel entered his first World Series of Poker (WSOP) Tournament, the $2,000 Pot Limit Hold’em, and he won it, taking his first WSOP bracelet and $169,000 in winnings. Daniel became the youngest winner of a WSOP bracelet ever, a record he held until Scott Fischman won a bracelet in 2004 while just a few months younger.

Daniel Negreanu’s reputation has never faltered, a second WSOP bracelet followed in 2003, and a third in 2004. 2004 was also the year Daniel won two World Poker Tour (WPT) titles, netting just under $3 million in winnings for the pair, and to top off the season he was named the WSOP Player of the Year for 2004, an achievement that was mirrored by the WPT when they named him their Player of the Year for the 2004-2005 season.

Daniel Negreanu’s place as one of professional pokers biggest stars was untouchable by that point, and since then he has amassed a total of six WSOP Bracelets. In the process, he became the first player to place in a final table, and win a bracelet at each of the WSOP regions, namely Las Vegas, Europe and Asia Pacific. Daniel was named the WSOP Player of the Year for the second time in 2013, the only player in history to win the honor more than once, and in 2014 he was inducted into the Poker Hall of Fame, just in time for the Global Poker Index to name Daniel as the best player overall from the previous decade.

So along with Daniel Negreanu’s obvious talent at the poker tables, and his consistently freakish ability to seemingly read the mind of his opponents, he’s also won more money in live tournaments than any other player in history. His current winnings on The Hendon Mob all-time money list stand at $36,549,095, just outpacing Erik ‘Seiborg’ Seidel, the veteran of the New York Mayfair Club, who sits in second place with a mere $40,000 below Daniel in all-time winnings. Daniel has however been topping the list since his second place at the one million dollar buy-in ‘Big One for One Drop’ Tournament in 2014, where he cashed out just under $8.2 million for his efforts.

Daniel’s net worth can be conservatively calculated as at least $12 million based on his career winnings, as well as his involvement with online poker sites Poker Mountain and Full Contact Poker, not to mention the three books on Poker he has published, in particular, ‘Power hold’em strategy’, which has been compared to the highly-respected Doyle Brunson’s ‘Super System’ for its essential brilliance by some. But PokerTube.com speculated in 2016 that Daniel’s true net worth, considering his involvement these days with PokerStars, as well as his prudent and mature attitude towards investments, is more likely to be around the $30-40 million mark, and possibly even as high as $50 million.

It’s notoriously difficult to calculate a professional poker players net worth based on their winnings, with taxation, staking deals, and cash games all a matter of conjecture, but it’s likely that PokerTube.com were fairly accurate when they assumed Daniel Negreanu’s net worth is 3-4 times greater than the $12 million figure usually quoted. No matter what his true wealth, his childhood ambition of becoming a rich man has easily become a reality for the consistently brilliant Kid Poker.

Daniel Negreanu married Lori Lin Weber in 2005, but they divorced two years later. Long before Daniel ever made it to Las Vegas, he did briefly date fellow professional poker player Evelyn Ng, but perhaps she found his ability to read minds effortlessly too much of a challenge. Based on the evidence of their meetings at the tables in Vegas in recent years, her ability to read Daniel back has never been anything like as successful.

Daniel is virtually alone among the top professionals in being fairly transparent about his income and expenditure each year. On his blog at Fullcontactpoker.com he detailed his results for the previous five years in late December 2017, and surprisingly Daniel has actually registered a net loss for the last two years. In 2017 his winnings came to just under $2,900,000, but his total buy-ins over 71 events amounted to $86,000 more, a small enough sum for Daniel to consider the loss ‘Breaking even’, but it shows that even with more than $2 million in winnings for the year, the high-rollers are racking up expenses, tax bills and other costs in the millions too.

Daniel has historically always supported charitable causes generously. He started the ‘Big Swing’ charity golf event, which pairs professional poker players with celebrities. The proceeds go to the Lili Claire Foundation, which helps special needs children. Daniel has also heavily supported the ‘Ante Up for Africa’ charity poker tournament, which supports the war-ravaged and famine-stricken region of Darfur. A strong supporter of animal rights, Daniel has been a vegetarian since 2000, and in 2006 he became a vegan. In 2015 he gave his support to a PETA campaign supporting veganism.

Daniel posts regularly on Twitter to his 450,000 followers, and he offers a series of poker tips and tricks to me and another 180,000 subscribers on his Youtube channel. I’m keeping my fingers crossed, but so far he hasn’t explained exactly how he does the mind-reading thing, and to be honest, I don’t think he ever will, unless of course I’m reading him wrong, but at least I won’t be losing any money over my lack of psychic skills.