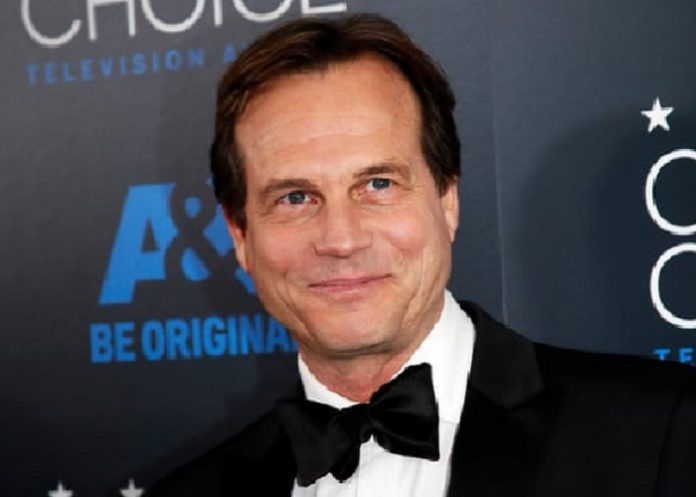 Bill Paxton was an American actor and director, who won millions of fans and earned great respect within the film industry, during a career lasting more than 40 years. Known for his professionalism, positivity, and ability to play a variety of demanding roles convincingly, Bill amassed over 100 credits before his untimely death in February 2017 from complications arising from heart surgery.

Best known for his memorable performances in Hollywood Blockbusters such as ‘Aliens’, ‘Titanic’ and ‘Twister’, Bill was highly respected within the film industry due to his outstanding work ethic, and the effortless realism he brought to every role. Bill’s reputation saw him never short of work offers, and during his prolific career, he developed close friendships with many of Hollywood’s most revered actors and directors. But how much was Bill worth at the time of his death? And what’s the story behind his demise at the age of only 61? Read on to find out.

How Did Bill Paxton make his money & wealth?

William Paxton was born on May 17th 1955 in Fort Worth, Texas. His father John was in the lumber wholesale business, but he also had an interest in show-business, and later became an actor himself. At the age of eight Bill wanted to see President John F. Kennedy, and he was photographed being lifted above the crowd as the president left his hotel in Fort Worth on the morning of November 22nd, 1963, the day he was assassinated. Bill later co-produced the 2013 historical drama ‘Parkland’, which recounts the story of Kennedy’s assassination through witness testimonies.

Bill suffered from rheumatic fever in his early teenage years, which left him with a damaged heart valve, but he quickly became known for his incredible energy and vitality when he entered the film industry. Bill began working in Hollywood in the mid-1970’s, at first as a theatrical set dresser. He later studied at the Stella Adler Studio of Acting in New York City for two years, and when he moved Los Angeles in the early 1980’s, he began to rack up an impressive resume of credits in a prolific career that never faltered.

Bill’s first role had been an uncredited one in the 1975 comedy drama, ‘Crazy Mama’, but after he had studied with Stella Adler, he landed a role in ‘Stripes’ in 1981, as an unnamed soldier, followed by a few other minor roles, usually playing slightly oddball characters. After a minor role in the sci-fi classic ‘The Terminator’ in 1984, eventually one of the biggest blockbusters of the 1980’s, Bill won the role of the aggressive bully Chet Donnelly in 1985’s teen sci-fi romp ‘Weird Science’, and after the film was a surprise hit at the box office, Bill’s roles became bigger and better.

Bill Paxton played the part of Private William Hudson in ‘Aliens’ in 1986, a role that won him a Saturn Award for Best Supporting Actor. His working relationship with Aliens director James Cameron, who also directed ‘The Terminator’ continued in 1994 in the Arnold Schwarzenegger action movie ‘True Lies’. In 1992 Bill got his first leading role, in the crime drama ‘One False Move’, and with his reputation as a solid and dependable method actor clearly established, he went on to play major roles in a number of Hollywood blockbusters.

Bill’s portrayal of Morgan Earp in ‘Tombstone’ in 1993 was critically acclaimed, and he won starring roles in ‘Apollo 13’ in 1995, and ‘Twister’ the following year as a result. Bill won a Screen Actors Guild Award for ‘Apollo 13’, and was nominated for another Saturn Award for his portrayal of Bill ‘The Extreme’ Harding in ‘Twister’, which had the distinction of being the first Hollywood production released on DVD, and has since gained a reputation as a much-loved sci-fi classic with a cult following. Bill teamed up with James Cameron again in 1997 in ‘Titanic’, which at the time of its release was the most successful Hollywood film at the box office of all time. Bill also accompanied James Cameron on a trip to the site of the real-life Titanic four years after the release of the film, their journey later became the subject of a documentary, ‘Ghosts of the Abyss’, released in 2003.

Bill Paxton also ventured into directing, most notably in ‘Frailty’, the powerfully haunting 2001 psychological thriller in which he starred alongside Matthew McConaughey. Bill’s directorial début received almost unanimously glowing reviews, as well as another Saturn Award nomination for Bill, this time for Best Director. Bill also directed ‘The Greatest Game Ever Played’ in 2005, and even though he worked on major roles in at least two or three films every year, from the early 1990’s until his death in 2017, Bill also found the time to play several critically acclaimed roles on the small screen too.

Bill’s leading role in HBO’s ‘Big Love’, in which he starred as Bill Henrickson, the patriarch of a polygamist Mormon family from 2006 until 2011, won him unanimous praise and three Golden Globe nominations. His portrayal of Randolph McCoy in the miniseries ‘Hatfields & McCoys’ in 2012 won him an Emmy Award nomination along with co-star Kevin Costner, and his performance in ‘Agents of S.H.I.E.L.D’, as the evil John Garrett showed off his versatility perfectly, and won him even greater recognition.

Bil Paxton underwent heart surgery on February 14th, 2017, and on February 25th his family made the shock announcement that Bill had suffered a stroke following the operation and had passed away at the age of only 61. Bill’s family and estate have since filed a wrongful death lawsuit against the surgeon who operated on him, and the Cedars-Sinai Medical Center in Los Angeles.

Bill Paxton was married twice, first to Kelly Rowan in 1979, but the couple divorced just one year later. In 1987 Bill married Louise Newbury and they had two children together, James and Lydia. James has followed in his father’s footsteps and studied acting at the Vincent Chase Workshop in Los Angeles, California. His biggest role to date was as the character Lukas WaldenBeck in the USA Network drama series, ‘Eyewitness’.

Tributes to Bill Paxton after his death

Many of Hollywood’s biggest stars and most celebrated directors praised Bill Paxton after his premature death. Tom Hanks called him a ‘Wonderful man’, Rob Lowe was devastated by the loss of ‘A uniquely American national treasure’, and Arnold Schwarzenegger remembered Bill as a ‘Great human being with a huge heart’, adding that Bill could play any role, but he was best at just being Bill. James Cameron wrote that he had shared a 36-year long friendship with Bill that was filled with ‘laughter, adventure, a love of cinema, and mutual respect’.

Tributes from hundreds of Hollywood stars, both great and small, poured in after the shocking news that Bill had passed on, but perhaps the most unusual, and unique, tribute of all came from a group of professional storm chasers. The day after Bill’s death, they honored the man who had made storm chasing cool, by creating a tribute in the form of Bill’s initials, on the virtual storm-chasing system, the Spotter Network, a huge BP that covered Oklahoma and Kansas, and centered on the town of Wakita, Oklahoma, the town featured in ‘Twister’, and also home to a museum dedicated to the film.