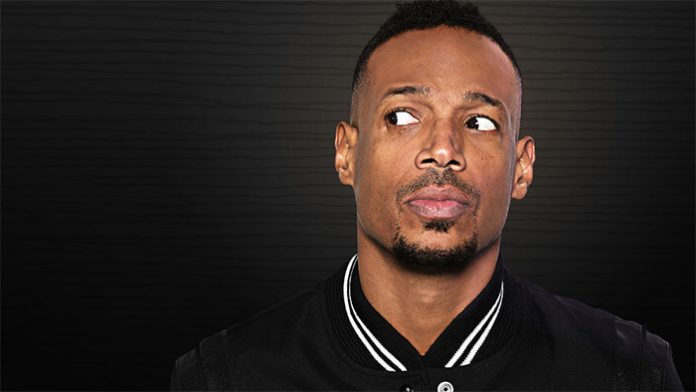 The youngest of the Wayans family, Marlon Wayans has worked on numerous films including Requiem for a Dream, G.I. Joe: The Rise of Cobra, and Fifty Shades of Black, to name a few. Most recently, he starred in Michael Tiddes’ comedy film, Naked, which was released on Netflix in 2017.

Like most actors, he has also appeared in a number of TV series over the years. Some of his television credits include In Living Color, Second Generation Wayans, and Six Degrees. Last year, he even received his own sitcom, Marlon on NBC, which has since been renewed for a second season.

How well-paid is he as an actor? How rewarding has his career been? How much does he make from his NBC sitcom? According to various sources, Marlon Wayans has amassed a net worth of around $40 million as of 2018. Where did he earn the majority of this fortune from?

How did Marlon Wayans Make His Money & Wealth?

Born on July 23, 1972, in New York City, New York, he and his ten siblings grew up in the housing projects of New York City. At the age of sixteen, he made his acting debut in the comedy film, I’m Gonna Git You Sucka (albeit as a pedestrian). A few years later, he and his siblings were cast in the popular sketch comedy, In Loving Color, where they portrayed various roles.

From there, he and his brother Shawn collaborated on the popular sitcom, The Wayans Bros, which ran from 1995 to 1999. Some of his other TV credits from the 90’s include Mr. Show with Bob and David, The Parent ‘Hood, and Waynehead. On the big screen, he has also appeared in the films The 6th Man and Senseless.

Continuing to act into the 2000’s, Wayans played various roles in the movies Requiem for a Dream, Scary Movie, The Ladykillers, and Norbit. In 2009, he also co-starred as Rip Cord in the sci-fi thriller, G.I. Joe: The Rise of the Cobra, a film that went on to gross $305 million at the box office worldwide.

In the years since, Wayans has worked on a few other films including Marmaduke, The Heat, and A Haunted House, the last of which he also helped to write and produce.

As far as his television career goes, he has appeared in the shows Children’s Hospital, Legit, and Animals, Second Generation Wayans to name a few. In fact, he has been starring in his own comedy series, Marlon for the past year and a half. Premiered on NBC in 2017, its main cast also includes Essence Atkins, Amir O’Neil, and Notlim Taylor, and a couple of others. Recently renewed, the second season will premiere on June 14, 2018.

Outside of acting, he has also been featured in various shows such as The Tonight Show Starring Jimmy Fallon, Do or Dare, Today, The Late Late Show with James Corden, and The View. Most recently, he was invited onto the music program, Drop the Mic.

As far as we know, Marlon Wayans is currently not in a relationship. Previously, he was with Angelica Zachary.

Does Marlon Wayans Have Any Children?

Yes, he has two children with his ex-girlfriend, named Amai Zackary Wayans and Shawn Howell Wayans.

Did Marlon Wayans Go to College?

Yes, he did. After graduating high school, he continued his studies at Howard University.

What is Marlon Wayans Famous For?

The youngest of the Wayans family, he has appeared in numerous television and film titles including The Wayans Bros, Scary Movie, and White Chicks.

Unfortunately, we do not have any information on Marlon Wayans’ abode at this time, nor do we have any photos to share.

What Kind of Car Does Marlon Wayans Drive?

Details on Marlon Wayans’ vehicle are not available.

How Much Money Did Marlon Wayans Make Last Year?

At this time, we do not have any information on Marlon Wayans’ annual salary.

As mentioned earlier, he has been starring in his own comedy series, Marlon since 2017. He was also featuredonn The Tonight Show Starring Jimmy Fallon, The Late Late Show with James Corden and The View earlier this year.

In terms of film appearances go, he recently played the part of Rob Anderson in the romantic comedy, Naked.

Want to keep up with the actor? Did you know that he’s active on social media? That’s right, you can follow Marlon Wayans on Twitter and Instagram at @MarlonWayans. If you’re on Facebook, you can also show your support by giving his official fan page a like.