What Happened to Robin on South Beach Classics? – 2018 Update 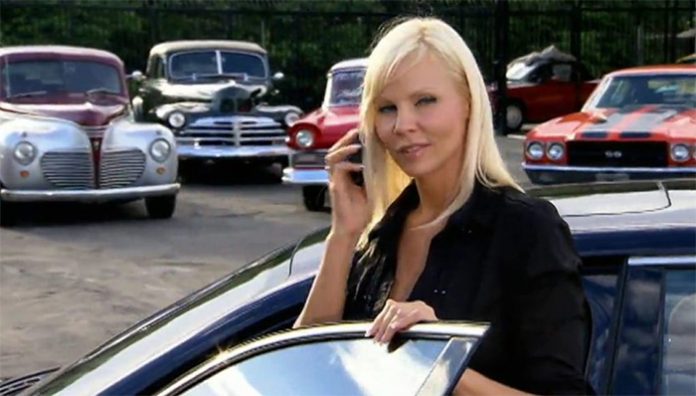 A TV personality, Robin Vernon is best known for her appearances in the Discovery Channel reality series, South Beach Classics. Premiered in 2011, she has starred on the show for many years alongside her husband, Ted. For those who are unfamiliar with the program, it revolves around the two selling antique cars in the Miami area.

Despite having been on the series for so long, however, it was recently announced last year that Robin would not be returning for the new season. What’s the reasoning behind her departure? Will the show be continuing without her? These are some of the questions that we’ll be tackling below.

What Happened to Robin on South Beach Classics? 2018 Recent Updates

Last spring, it was announced on South Beach Classics’ official Facebook page that Robin Vernon, one of the main stars, would not be returning for the new season. Shocked by the news, many fans took to social media to express their dismay. Even with the support, however, it was later confirmed that the next season will only feature Ted Vernon. What had happened that had led Robin to leave?

According to Robin’s Facebook page following the announcement, South Beach Classics had been taken over by a different production company. Could this be the reason behind her departure? That she did not get along with the new producer?

For those who have her on Facebook, you probably remember the long block of text that she wrote about the new production company. For those who haven’t read it, it can be summarized by saying that she was highly dissatisfied with the producers; at one point, she even told them to “come to light.”

What other developments have there been since then? According to various reports, it’s said that Robin and Ted are also heading toward divorce. Though it’s unconfirmed, there have been rumours that he had been unfaithful in the marriage. Not only that, but he had “routinely beat her”- fortunately, the judge has since issued a permanent restrainer order to keep him away from his former TV co-star. Whether or not this has anything to do with her departure from the show is still up in the air, however. Our guess is that it probably played some part.

Speaking of Ted, it’s no secret that he has a sharp tongue and short temper. In fact, many employees of the Miami-based car dealer have said that he is “straight-up abusive.” How accurate are these statements? We’ll let you decide- last December, he was indicted on a weapons charge after being caught loading firearms into a vehicle, and later storing the guns at his Plantation home.

An unfortunate predicament, Ted is now out on a $250,000 bond, with the potential of facing ten years in prison. To be more specific, the grand jury had concluded that he had violated the terms of “attempted use, and threatened use of physical force against an intimate partner.”

Considering all that has happened, it’s no surprise that South Beach Classics has not yet been given the green light for a season five. After all, Robin won’t be there, and there’s a chance that Ted could be heading off to jail.

Born on April 11, 1968, in Fort Lauderdale, Florida, Robin Vernon attended Torrejon American High School, where she was an active cheerleader. Blessed with good looks, she also embarked on a modelling career at the age of seventeen. Many years later, she married Ted Vernon, in 1998, after getting to know each other during a blind date. In 2007, she gave birth to a son named Ted Vernon Jr.

Several years later, the pair established a reality series called, South Beach Classics in 2011. Premiered on the Discovery Channel, the show followed the two and their eclectic crew as they bought, sold, and traded, some of the most unique classic cars on the market through their company, Ted Vernon Specialty Automobiles.

Ultimately, Robin starred in three seasons, before it was announced that she would not be returning to the show in 2017. As mentioned earlier, it was obvious that there were issues around the series and the new production crew; if anything, this probably played a role in her departure. In the end, the fourth season premiered on February 7, 2017, without Robin; in response to that, her fans took to social media to express their dismay.

A few months after the fourth season ended, things got more complicated. As it’d turned out, her estranged husband Ted had been indicted on federal gun charges in December 2017. Because of this, South Beach Classics has not been given the green light for a fifth season.

Has Robin returned to television since? Unfortunately, the answer is no; according to IMDb, the last time she appeared on the small screen was in the episode of South Beach Classics titled, “Sports Cars.”