What Happened to Candice Olson? – 2018 Update 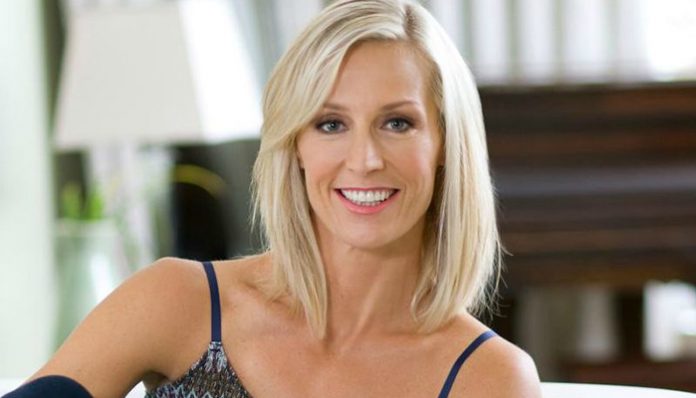 An interior designer, Candice Olson initially rose to fame for her appearances on the reality series Divine Design. Her small screen debut, she had appeared in over a dozen episodes in the 2000’s.

From there, she landed her own TV show called Candice Tells All on the W Network, which premiered in 2011. Her most prominent television credit to date, she had hosted the series for three years—up until 2013. Popular among fans, the title not only revolved around the ins and outs of her designs but had also offered viewers a glimpse into her personal life as well.

What has she been up to since then? Has she appeared in any other television programs over the past few years? Is she involved with any other endeavors? What happened to Candice Olson? Where is she now in 2018? Let’s have a look at these questions below.

In terms of television, the designer hasn’t made any appearances since 2013. In addition to having hosted the final season of Candice Tells All that year, she had also been featured in the TV series Makeover Manor, which starred J.D. Scott, Jonathan Scott, and Drew Scott. As far as we can tell, she has no plans of returning to reality television anytime soon.

Seeing as how she hasn’t been in front of the cameras for a while, it’s probably fair to assume that she has been kept busy with her design business, which is based in Toronto, Canada. In fact, she has shared many of her recent works on Twitter, which you can visit here.

Not only that, but she also presides over the Candice Olson Collection, one of the most popular brands of home products in the country. From bedding to lighting, the company carries a variety of items that are sold at several retailers nationwide. For more information, you can check out their catalog on their official website.

As far as other endeavors go, the blonde had also released two new books in 2013. Published by Houghton Mifflin Harcourt, the titles Candice Olson Everyday Elegance and Candice Olson Favorite Design Challengers have both received an overwhelming amount of positive reviews from readers. Will she be coming out with any new books in the future? Only time can tell, for now.

If you want to know what she’s up to, why not follow the designer on social media? Like most celebrities, she can be found on a few different online platforms—for instance, she’s active on both Instagram and Twitter at @CandiceOlson_. On Facebook, she also has an official fan page, which you can check out here.

Born on October 27, 1964, in Toronto, California, Candice Olson was brought up in a small town called Kenora. Even as a young child, she had demonstrated a knack for decorating—for instance, she often “renovated” her room after being told to clean up by her mother. Still, it wasn’t until many years later that she started to consider it as a career. Instead, she had spent the majority of her life involved with sports.

After graduating from high school, she went to the University of Calgary, where she played volleyball on the national level. Opting to continue her education, she eventually applied to the School of Interior Design in Toronto after completing her undergraduate program in Calgary. Though she didn’t expect to be accepted, she would end up being one of their top pupils. Following that, she worked at a number of design firms in the Toronto area before opening her own business, Candice Olson Design in 1994.

As one thing led to the next, she eventually found herself hosting a reality show called Divine Design in the early 2000’s. Premiered on HGTV in the United States, it centered around the work of her and her team, which included Chico Garcia, Lorne Hogan, Paul Daly, Terry Briceland, Andrew Downward, and Edmond Joseph. A surprise hit, each episode followed Olson as she worked to redesign a client’s living space. Responsible for her rise to fame in the U.S, it ran for eight years until 2011 (though she last appeared in 2009).

From there, she was given her own reality show called Candice Tells All in 2011. Similar to the other title, it revolved around the ins and outs of her designs, as well as her personal life. Her most prominent television credit to date, it also starred other members of her team including Roger Morin, Andrew Hachey, and Alison Pugh, among others. In the end, the show ran for three seasons, until the fall of 2013. That same year, she had also made a guest appearance in the show Makeover Manor.

Since then, Olson has not returned to television. Instead, she has presumably been kept busy with her interior design business and brand of home products.